Are Hunting Dogs Better When Kept Indoors or Outdoors? 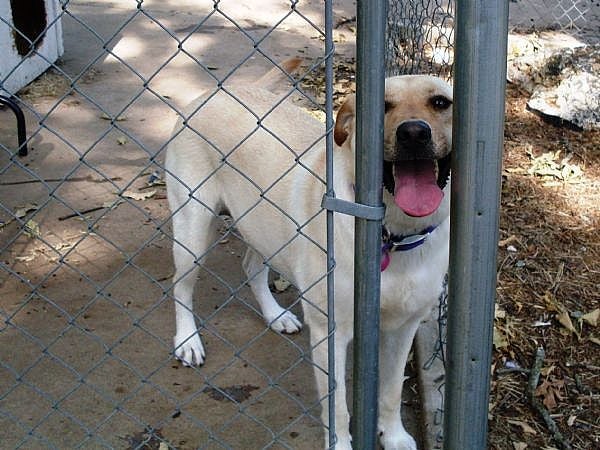 There’s an old myth that says a hunting dog has to be an outdoor dog. The idea is that by living indoors a dog will some how become mentally and physically weak, its sense of smell will be ruined and that an indoor dog “just won’t hunt” if exposed to the easy life and the family.

For the most part, that’s bunk. But, with every good myth, urban legend and rumor, there are some truths to it. What’s real and what’s not? Can you keep a hunting dog indoors? Read on and you’ll know, but:

My question to you: Is your hunting hound an indoor or outdoor dog? Does it double as a family pet or is it strictly “your hunting dog”?

The second question I ask for my own personal interest. My Lab is most definitely a family pet (and one that lounges on the leather couch and sleeps in the bed) that plays with our toddler and alerts us to someone at the door.

I’ve talked to many pros that have been around for a long time and they have said that’s typical for today’s hunting dog. Thirty years ago, however, “Dad’s hunting dog” was his hunting dog; nobody played with it and it lived outside. Over the last couple of decades that has seemingly changed and most of the hunting dogs out there double as family pets, live indoors and are cared for by the entire family.

So, does living indoors hamper the hunting instincts and abilities of a canine?

In short: no. However, they do need some time out of doors (both during training and during down time) to acclimate to temperatures (in both extremes: heat and cold). Having a fenced yard or outside kennel is also handy if you want to remove the dog from the house for any number of reasons.

Having a hunting dog inside isn’t going to ruin its sense of smell, as many old-timers will tell you. If a dog can take a direct spray from a skunk up the nose and still sniff out pheasants, a little dry air isn’t going to destroy its nasal membranes. And in some parts of the country, indoor air is humidified and contains more water vapor than the outdoor air. Health-related issues that impact the sense of smell would be completely different topic (and of greater concern), as would “scenting conditions” (and that can be a big mystery for anyone to figure out!).

Keeping your hunting hound indoors allows you to bond with him and it gives him the opportunity to learn what makes you happy, as well as unhappy. It can learn its place in the pack and how it fits in with the family. By keeping your dog indoors, you exponentially increase your time to train little things: obedience, patience, enforcing commands, etc.

There is a drawback to this though: Dogs are always learning. It doesn’t matter if you’re training at the time or not. Remember this: You are always training when you’re with your dog. It becomes a matter of what you’re training; good habits or bad?

This can be a real issue if you have kids. Children love their pets and want to play with them. That’s great, but if they’re throwing 1,000 tennis balls for Fido to retrieve, his desire to do so under demanding circumstances during training, as well as his steadiness, are going to be negatively impacted. It’s hard to motivate a dog (or a person for that matter) to work for an end goal if what they want is freely given to them.

This is where having a fenced yard or outdoors kennel comes in handy. If you’re not in position to consistently and effectively train the entire time the dog is inside with you (that’s a ton of pressure on you, especially if you have a family), you can put him outside where he can just chill (the constant pressure of training isn’t good for him either). His own spot outside can be a haven free of pressure (you can create the same thing indoors with a crate).

The time outdoors also allows him to acclimate to temperature changes. If you’re in the South and expect him to hunt the heat of the early season, he has to get used to not only being in it at rest but also under working conditions. If you’re in the North, your dog has to get used to the dropping temps, build his coat (if you have a Lab or other similar double-coated dog) and fat reserves (this goes to feeding changes). A dog that is used to the temperature it is expected to work at and has trained under those circumstances for at least 6 weeks prior will hunt better, recover quicker and is less likely to be injured or impacted (succumb to overheating or hypothermia).

How much time he spends outdoors will depend on the dog, the climate you live in and personal schedules. I tend to leave my pooch outdoors during the day when I’m at the office and then train in the evenings and let him in for the night. That might work for you or it might not; there are a lot of variables.

So let’s hear it Gun Doggers: Is your hunting dog an indoor resident or does he reside strictly outdoors? Family pet or one-man dog? ––Brian Lynn

A hardworking dog is going to get a little banged up during a long waterfowl season. But it’s not just physical wear and tear that will degrade your dog’s effectiveness. In the excitement of the hunt, the finer points of training—like steadiness in the blind or refusing to retrieve to hand—often get overlooked.

As a trainer, it’s easy to let these mistakes slide when more birds are working the decoys. But over a full season, these errors will be compounded. If you don’t correct them, your polished retriever could turn into an unruly hound by January.

“Nothing is worse for dog training than hunting your dog,” says Barton Ramsey, a pro trainer and founder of an online retriever-training resource called Cornerstone Academy. (The online program includes all the info you need to train a puppy to become a duck-hunting machine.) Luckily, there are a few key tips for keeping your dog healthy, disciplined, and hunting hard throughout the season, Ramsey says.

The best way to keep a dog healthy is to make sure he enters the season in good shape. This means conditioning your dog and not overfeeding him. ACL tears and early arthritis are more likely to occur in dogs that are overweight, Ramsey says.

If you already feed your dog high-quality, high-protein food (which you should), you won’t have to give him much extra food during the hunting season. Throughout the fall, Ramsey will feed his dogs an extra ½ cup of food each day. He splits feeding up so the dogs get 30 percent of their food in the morning (this helps with muscle recovery) and 70 percent in the evening. That first feeding is given when the dog is settled down after the morning hunt.

Dogs can tear muscles just like we can. You don’t want your dog to go straight from his crate to sitting still in a cold blind to running full tilt across a cut cornfield after a wounded goose. So, let him run around, stretch, and play a little before the beginning of each hunt. This will serve as a useful warmup, but it will also help burn off some of that pre-hunt excitement.

“Dogs naturally stretch and warm up if you let them, but in the heat of the hunt they’ll forget, and that’s when injuries can happen,” Ramsey says.

Ramsey keeps notes on the mistakes his dogs make during a hunt and then trains to correct those mistakes during downtime in the afternoons. This might be a little extreme for the average retriever owner, but the point is that it’s much easier to correct mistakes in a controlled atmosphere after the hunt is over.

If your dog starts breaking early—which is the most common offense of amped-up duck dogs—utilize this simple training drill after a morning hunt: Make your dog sit and stay and then throw a bumper and shoot your gun. Throw two more bumpers, firing after each one, and make sure your dog holds steady the whole time. Then go out and pick the bumpers up yourself. Repeat as necessary until the dog is rock-steady. When the session is over, let him retrieve a bumper as a reward. This drill reminds the dog that he doesn’t get to retrieve every single bird that falls, only the ones you send him on, Ramsey says.

4. Get Back On Track

“We’ve all had days where a flock comes in and you fire three shots but not a single bird falls. Well, dogs are allowed to have bad days, too,” Ramsey says.

Sometimes the dog will get so excited that he loses focus and totally forgets what he’s supposed to do. When this happens, you want to set the dog up for some easy wins. If a bird falls far outside the spread, cut the distance by walking him out at heel. Then, send him for the retrieve only when you know he sees the duck.

Hitting these easy retrieves will help build his confidence. With some patience from you, he’ll be back to running those 100-yard blind retrieves without any trouble. ––Alex Robinson