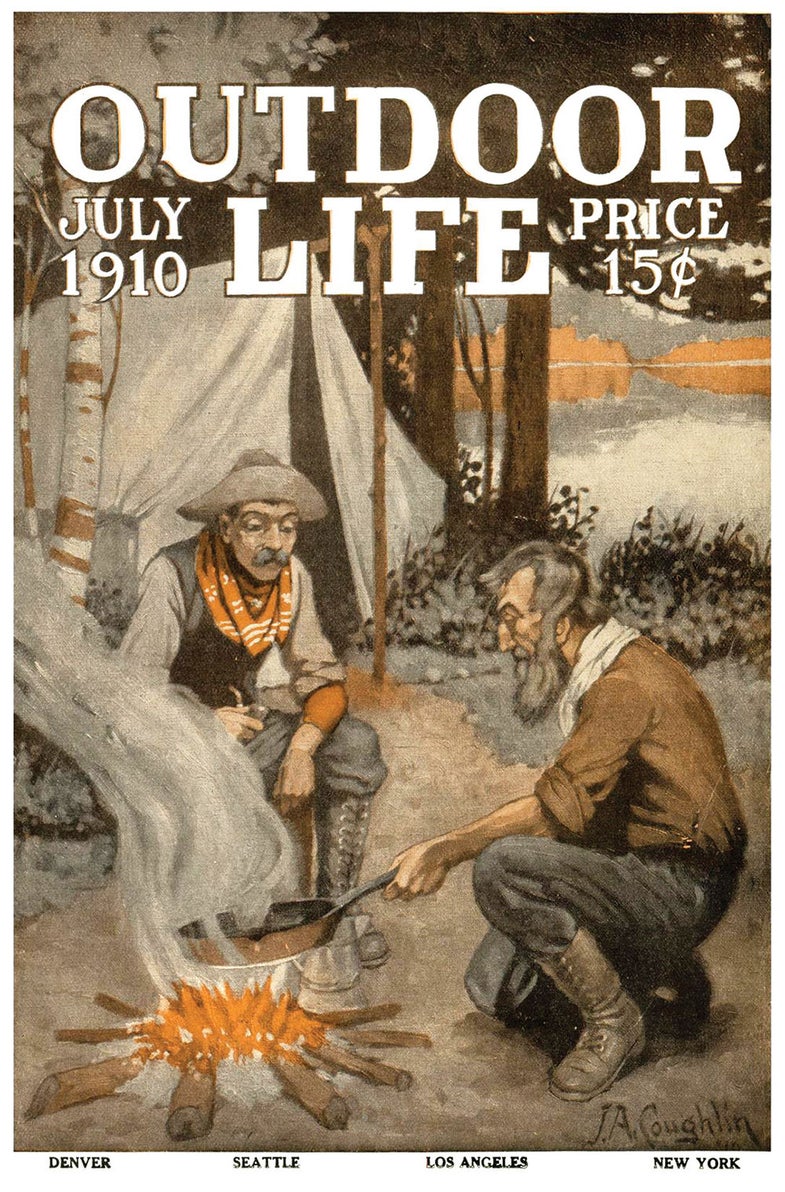 Hunters can agree on many things when it comes to the consumption of wild game: the seasoning that only hard work can bring, the nutrition of lean protein, and the value earned by replacing store-bought cuts with free-range meat. What the single best-tasting game meat is, however, is not one of them. We also can’t decide on which animals are edible or more akin to boot leather. Here’s a look at some of the stronger opinions and stranger recipes served up in our kitchens over the years.

Jack O’Connor’s far-flung hunts introduced his tastebuds to a variety of game, and in the November 1957 issue he detailed some of the species that had made their way onto his plate. Unsurprisingly, he declares “mountain sheep merely the best meat, wild or tame, in all the world”—albeit with the caveat that such praise applies only to fat rams shot before the rut. The same goes for bull moose (“good”) and elk (“superb”) before mating season renders them rank. He debunks the pronghorn-is-inedible myth, however, saying he “never shot one that wasn’t good eating.” Poor carcass management, he writes, is to blame for any bad experience with it. Blue grouse earns first prize as tastiest of all game birds, and mountain lion gets an honorable mention as an offbeat delicacy reminiscent of veal. So what animals did JOC decline to eat? Javelinas, grizzlies, black bears feeding on fish or carrion, and the greater kudu bull, which, in his experience, requires “the dental and digestive equipment of a hyena.”

The long-running Camp Chef column usually contained a variety of recipes and repeated encouragement for turning game into table fare. Often this department would include non-game recipes suitable for camp cooking that ranged from essential (hot cocoa) and helpful (split-pea soup) to the obvious (boiled macaroni) and suspect (a concoction called canned meat dixie). The gems, however, are the scattered recipe cards, which were designed to be clipped and added to the family recipe box. A favorite is the “broiled opossum” entry that ran in September 1966, which can only be described as the worst piece of reader service we ever published.* It calls for four ingredients (one disjointed and cleaned opossum, sage, melted butter, and lemon juice), eschews a flavor-taming brine, and requires only rubbing the opossum with sage, then broiling it from 1 to 1 ½ hours while basting with lemon and butter.

There are numerous instances in which our writers blame inedible game on the cook. In some cases, this is certainly true—cooking is a learned skill, just like hunting. But what is perhaps the worst example of chef chiding appears in the January 1942 issue, which instructs wives on the appropriate behavior for reacting to and preparing freshly killed game. “The game comes home, and then, Mrs. Housewife—it pains me to say this—you ruin it. Two-dollar-a-pound meat goes to the table tasting like something the butcher saved for Towser.”

**An April 1976 column might give it a run for its money: It details how porcupine (which should be killed by hitting it on the nose with a stick) “can be eaten raw without much danger of sickness.”*