7 Tips for Feeding Your Bird Dog During Hunting Season

Dogs are not humans. Obvious, right? But when it comes to fueling a four-footed hunting machine, we often default to our own nutrition needs. While this motive may be well-intentioned, a misguided feeding strategy can negatively impact your dog’s performance—and could kill him. 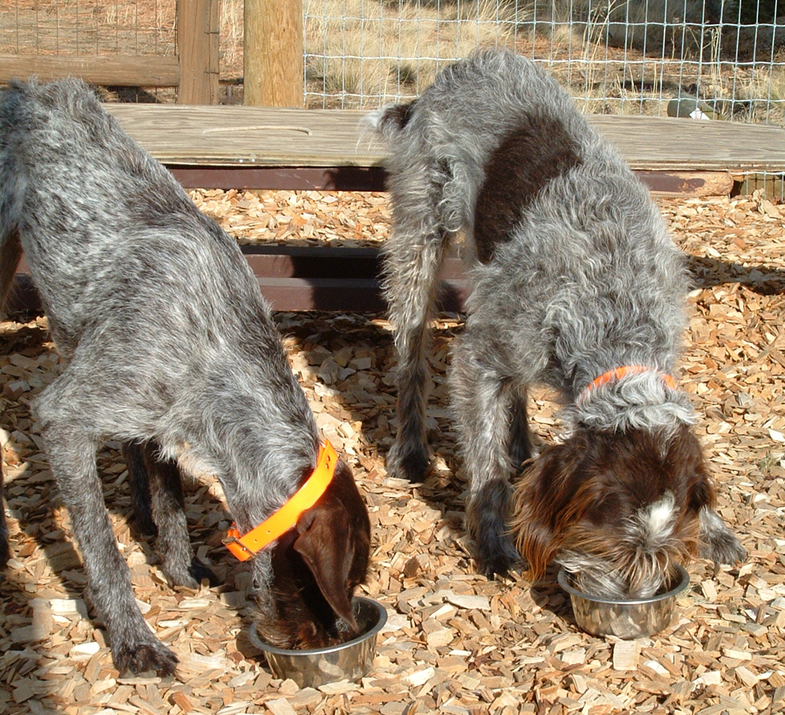 Dogs are not humans. Obvious, right? But when it comes to fueling a four-footed hunting machine, we often default to our own nutrition needs. While this motive may be well-intentioned, a misguided feeding strategy can negatively impact your dog’s performance—and could kill him.

I’m no nutritionist. But my study of the literature and discussions with the veterinarians who have conducted much of the research have led to a few truths, at least for me:

1. Unlike humans, dogs shouldn’t “carbo load.” High-carbohydrate diets can contribute to a condition called exertional rhabdomyolysis, or “tying up,” which causes muscle pain and cramping, watery stool, and dehydration.

2. Hard-working dogs derive much of their readily accessible energy from fat, not carbs. Giving your dog candy, corn syrup, or half of your sandwich makes you feel better, but won’t help your dog during a hunt.

3. Feeding before a hunt has more physiological downside than emotional upside. Keeping his “blood sugar” level steady is less an issue than in a human marathoner. And in most cases, the nutrients that fuel a hunt on a given day were consumed and metabolized 12-18 hours prior to the hunt. There is very little you can do on the day of a hunt to boost a dog’s energy (more on that later). Don’t worry about your dog being hungry during a hunt. As scavenger-predators, they are quite used to feasting, then fasting.

4. Then there’s the practical side. Think about your own performance after a big meal. Studies have shown that a dog (or human, I believe) with food in its gut runs slower, is less agile, and has less stamina than one with an empty stomach. Precious energy (and blood supply) can support muscles and respiration, not digestion. Fluids required for digestion are then available to hydrate those muscles. And most importantly, the soggy, heavy wad of food isn’t bouncing around inside his body, zigging when he zags and possibly causing “gastro volvulus” or stomach twist–a frequently fatal condition.

Think about it. What’s the first thing a hunting dog does when you let him out of the crate for a hunt? He takes a dump. It’s nature’s way of ridding the body of excess baggage that impedes his hunting abilities.

So, what’s a guy to do? Here’s my strategy. Adapt it as you wish.

1. I feed a high-quality (and often high-cost) ration year-round. We hunt part of the year, but train all year, so my dogs’ nutritional needs don’t change all that much. A good dog food has meat or meat meal as the first ingredient. It has at least 20 percent fat content, 30 percent protein. You can experiment with quantity and protein source for best results for your own dog. Expect to pay a buck or two per pound for the good stuff, but he’s worth it, right?

2. I feed morning and evening except when he’s hunting the next day. The morning of a hunt, and throughout the day I offer plenty of water.

3. As much to assuage my guilt as to give him a nutritional boost during the hunt, I offer my dogs a high-fat, low-volume snack every hour or so. Some people carry butter or cooking oil (messy). I like a product called Kronch Pemmikan that is like a giant candy bar, and contains almost 60 percent fat content. I’m fueling the dog without overloading his gut.

Beyond our own perceived guilt for “starving” our dog before a hunt, there’s no downside to this strategy…and plenty of upside. Try it next season and see if it works for both of you.