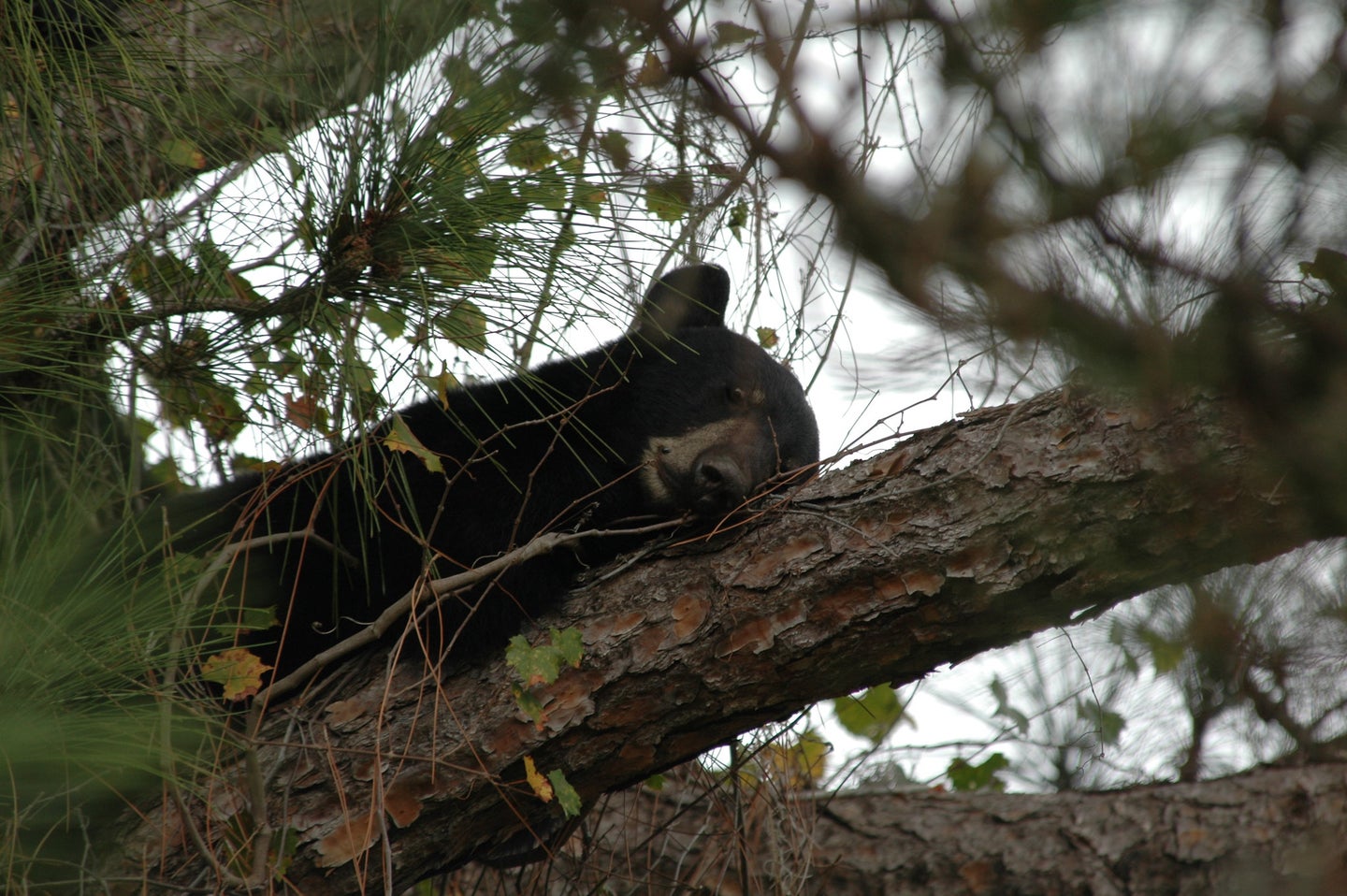 Black bears are excellent climbers, and they can climb 100 feet up a tree in 30 seconds. Florida Fish and Wildlife
SHARE

A woman in Central Florida was walking her dog on Thursday night, Jan. 13, when the two were attacked by a black bear. The woman’s injuries were not life-threatening, and the dog was not seriously hurt, according to a news release from the Florida Fish and Wildlife Commission.

The incident occurred in DeBary, which is located north of Orlando, and authorities were notified by a witness who called 911 to report the attack. The witness, who was with the victim at the time of the call, told emergency responders that the woman had suffered injuries to her hand, face, and back, and that her dog was still missing. Fox-35, a TV news outlet in Orlando, has released a recording of that 911 call.

Wildlife agents with FWC and deputies with the Volusia County Sheriff’s Office responded to the attack around 9 p.m. EMS quickly arrived on the scene and treated the woman’s injuries, which were not life-threatening. Authorities say the dog had also been recovered by that point and was not seriously injured.

Deputies on the scene found an adult female bear with three yearling cubs in a tree nearby. FWC bear biologists darted the adult black bear and humanely killed it “per the FWC policy to protect public safety.” The state wildlife agency also clarified that “the three 100-pound yearlings are old enough to survive on their own and so no attempt was made to capture them.”

According to the FWC’s latest count, there are approximately 4,050 black bears living in Florida. Although the bears are still protected under the state’s Bear Conservation Rule, the species was removed from the State Threatened Species list in 2012. “While there have been no predatory bear attacks on people in Florida,” the FWC says, “people have been bitten and scratched by bears defending themselves, cubs, or food sources.”