California Mailman Allegedly Beats a Wild Turkey to Death, Claims It Was in Self-Defense

Residents say the turkeys in the Sacramento neighborhood are notoriously aggressive toward delivery drivers. One stick-wielding postman apparently had enough of this hostile behavior 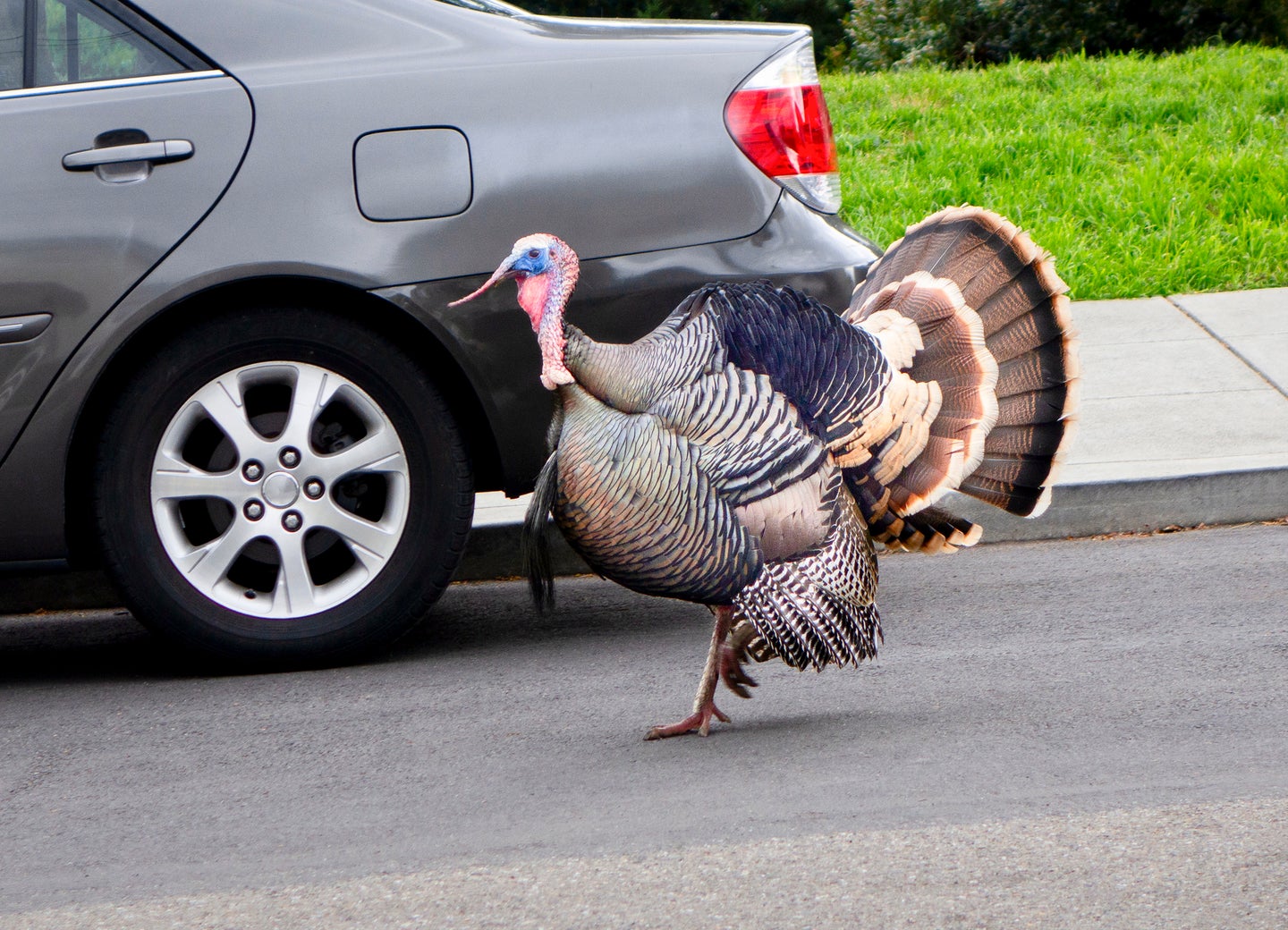 Residents say the turkeys in the neighborhood are notoriously aggressive, and have attacked delivery drivers before. Thomas Winz / Getty Images
SHARE

A California mailman was on his route in a Sacramento neighborhood on Monday when he allegedly beat a wild turkey to death. Witnesses living in the neighborhood reported the incident to game wardens, KCRA 3 News reports, and claimed that the mail carrier pulled some sort of stick or pole from his vehicle before dealing a lethal blow to the big tom. The U.S. Postal Service and the California Department of Fish and Wildlife are currently investigating the incident to determine if the mailman’s use of force was justified.

The postman claims he was attacked by the turkey and acted in self-defense. And according to some residents of the Arden-Arcade neighborhood, it wouldn’t be the first time that a delivery driver or postal worker was attacked by one of the birds.

“They are pests and bullies,” a local resident told the local news channel. “They harass the mail people. They chase them. I personally have had to intervene when they jumped on a mail carrier’s back.”

But Patrick Foy, a game warden with CDFW, said the turkeys that are frequently seen there are neither friendly nor little. He said the tom that was killed on Feb. 28 was the biggest turkey he has ever seen in his 25 years as a warden. And he said the agency has responded to multiple reports of aggressive turkeys in that same neighborhood in the past—some of which have involved other delivery drivers who were just doing their jobs.

Read Next: Video: Florida Man Attacked by Black Bear on His Porch While Defending His Dogs

“They have tried pepper-spraying [the turkeys], they have kicked them, they have hit them with their mailbags and nothing’s working,” Foy said. “You’d be surprised at how aggressive they can be. Especially the big toms.”

The USPS also confirmed that Monday’s dust-up was not an isolated incident. The agency called the allegations “alarming,” but told the local news channel that “employees have had several altercations with aggressive turkeys in the area, including a recent attack on [another] letter carrier.”