Don't settle for off-the-shelf, good-enough gear. Here's how to make your own. 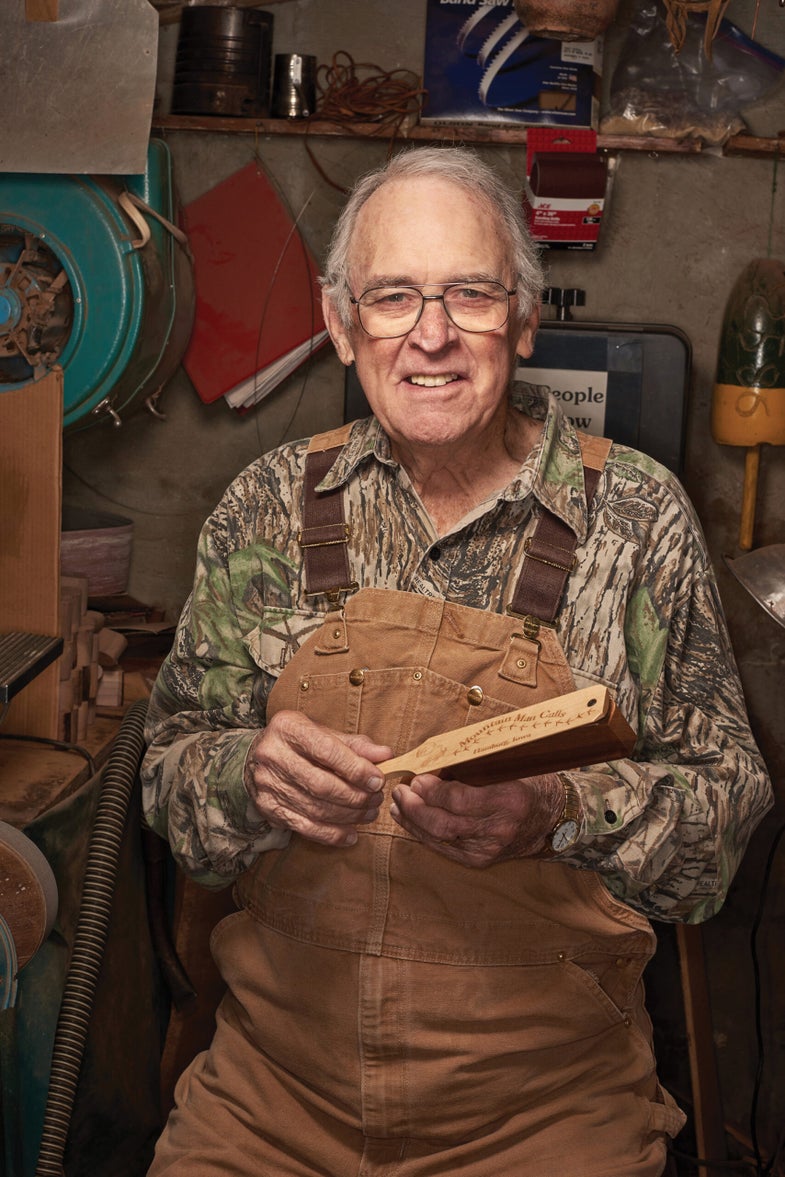 It may seem counterintuitive for legendary call sellers Will Primos and Preston Pittman to give advice and encouragement to do-it-yourself call makers, but they remember when they were starting out, making their own calls using what they had on hand, experimenting with ways to make sounds to lure turkeys and other game into range.

The first turkey call for Pittman, founder of Pittman’s Game Calls ­(pittmangamecalls.com), was the bottom of a broken quart beer bottle he had found along the banks of Mississippi’s Black Creek. The glass had been smoothed and mellowed by having lain in the sand for who knows how long, water washing over it, scouring it, and inadvertently improving the sound it produced when Pittman took it home and scratched out yelps with a homemade striker.

With so many inexpensive calls hanging on sporting-goods store racks, is making your own worth the work? Pittman and Primos think so, because making and tuning your own calls will teach you how to produce game-luring sounds.

“Sure, game-call companies have done all that for you,” says Primos, founder of Primos Calls (primos.com), “but you learn things by doing them yourself.” One of the things you will learn is that many common and not-so-­common items can be fashioned into turkey friction calls. The shell from a dead turtle, for instance.

“Specifically, a box turtle,” Pittman says. “The bottom slide plate needs to be detached.” If you find a dead and dried-out turtle, that slide plate should be easy to remove, or it may be detached already. The bowl shape of the shell acts as a sound chamber. Just cut and fit any sound-making surface: commercial acrylic, Plexiglass, or even a thin piece of stone like shale or slate.

The calling surface will need preparation to produce decent sounds. “Any surface has to be prepped—roughed up with sandpaper or a scuff pad,” says Pittman. “Use a fine-texture scuff pad on slate or aluminum [see “Tune It,” p. 56]. The opposite applies to glass; use 80 grit or coarser. Glass is a really hard surface. You’ve got to cut it.” Pittman has used slate shingles from the roofs of abandoned houses. The thinner the surface, the higher the pitch.

“A mayonnaise or jam-jar lid, a tobacco can, the bottom of a clay flower pot—any of those can make turkey calls,” says Pittman. “You might not get a lot of volume, but they’ll make a wonderful soft purr or yelp call.”

Traditional wingbone yelpers use all three bones from a gobbler’s wing: the radius, the ulna, and the humerus. You can make a less shrill-sounding call if you omit the largest bone, the humerus. Once you clean and boil the bones, very gently square off the ends with a hacksaw. Then experiment with alignment, preserving the natural curve of the pair. Use glue to bind the parts and fill in any air gaps.

Start with a prescription pill bottle, preferably one with a snap-on, non-­childproof cap—which can be snapped over the latex that will serve as the reed. The cap holds the reed in place. A childproof cap will work too, but the twist-on action tends to bind the latex, so it’s not ideal.

Mark a line across the diameter of the cap and cut out half the lid (Step 1). On a childproof cap, you’ll also cut a half moon in the inner liner, which is needed to create the seal when the cap is in place.

To let air escape, either saw off the entire bottom of the call or drill a 3/8-inch hole in the bottom.

Cut a 3-inch-square piece out of a latex glove, or cut off a finger of the glove and slit it open. You can also use a condom, which provides an even thinner latex reed. Position the latex over the cap end of the bottle so the leading edge nearly touches the half moon remaining in the cap. Secure the latex in place under the snap-on cap, or with a rubber band over the top of a childproof cap.

Place your bottom lip along the slit between the cap and latex (with the half-moon cutout facing up) and your upper lip, forming a seal on the upper rim of the cap. Try saying “chuck” while forcing air into the call. With practice, you’ll be able to produce yelps and clucks.

To vary the sounds, experiment by adjusting the gap between the latex and the lid. You can fine-tune the sound by adjusting the tightness of the latex or placing your finger on the latex. Also, larger or smaller holes in the bottom of the bottle will change the call’s tone. Larger or smaller bottles will also produce varying sounds. Which is best? “Do you want to blow a trumpet or a trombone?” Pittman asks. Size your bottle up or down to achieve the sound you want.