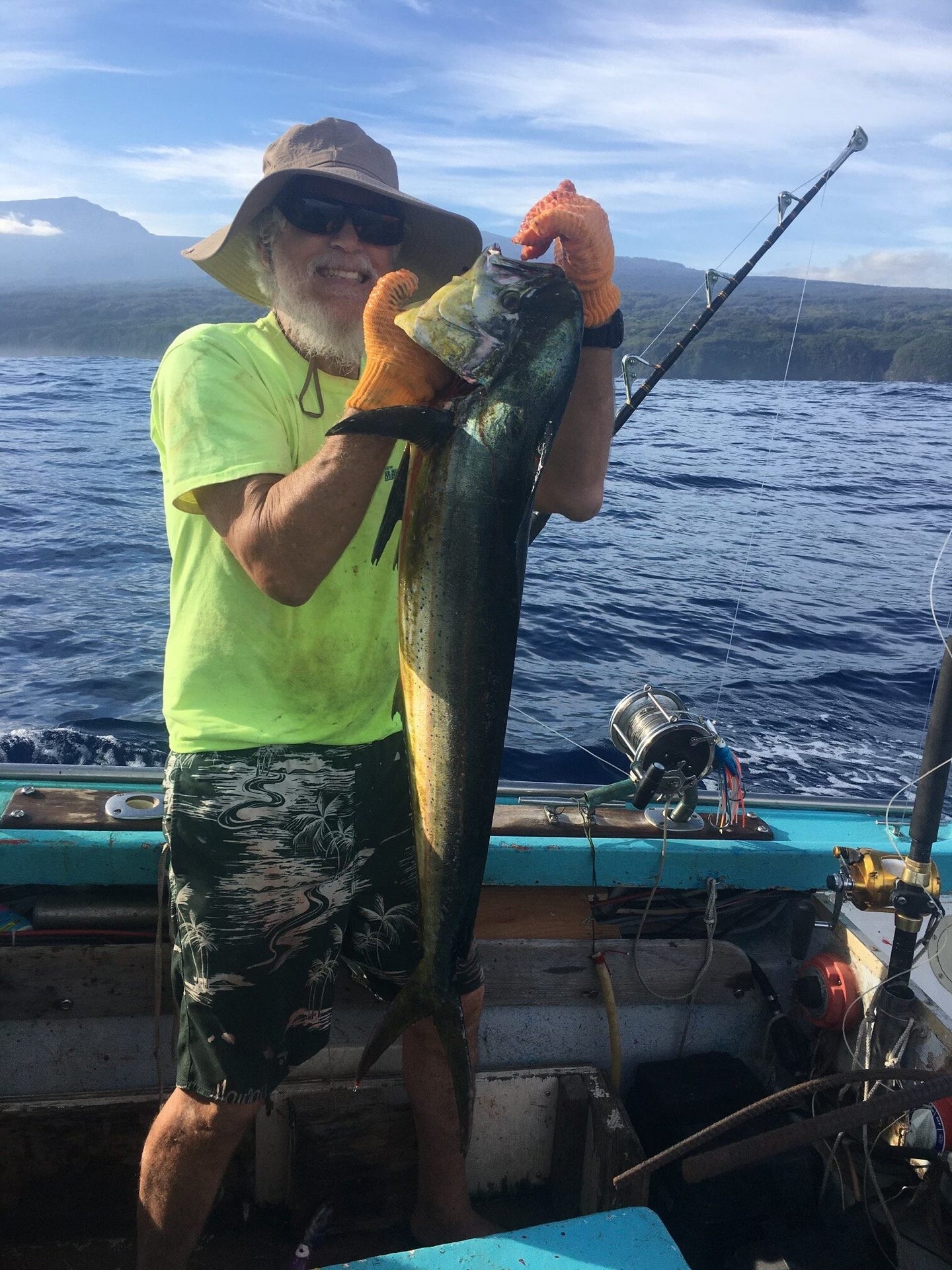 Claude Moreau holds up one of the mahi-mahi that he and his daughter caught the day before the wreck. Courtesy Charme Moreau
SHARE

Claude Moreau and his daughter, Charme Moreau, were on their way back to Maui’s Kahului Harbor on Sunday, Nov. 14, after a successful overnight fishing trip when things took a turn for the worse. The two had been up catching snapper all night, and Charme had already fallen asleep that morning when Claude turned on the boat’s auto-pilot feature—and then accidentally dozed off himself.

They awoke to the violent sound of their boat hitting a reef, and immediately began taking on water. Claude was able to call in a mayday just as The Maile started to sink. Charme surfaced before realizing that Claude was stuck in the cabin, so she dove back down to grab her father and bring him to the surface.

“It [was] just like those movies you see, where people are trying to save somebody that’s underwater and they can barely get at them,” Charme told Hawaii News Now. “I had that feeling because I went down and couldn’t see him. So I’m swimming down, down…and I just grabbed at his arm.”

After surfacing, the two were bobbing in the middle of the bay and could make out the cliffs that lined the north shore of the island. The boat went under so quickly that they didn’t have time to grab lifejackets, so they both grabbed onto a floating cooler in order to stay together. They could already see the waves crashing against the lava rocks, but their only option was to swim toward shore.

Charme said they swam for about an hour. They had no idea if the mayday call had gone through, and Claude held onto the cooler as she swam them to shore. As they got closer, Charme spotted a break in the churning surf where the waves rolled onto rounded boulders. After a few tries, they made it onto the rocks, and Charme noticed some ropes hanging from the cliff. Her father was too tired to move, so she scaled the cliff on her own and flagged down a stranger who called 911.

The Maui Fire Department had indeed received the mayday call, and they had already sent out a helicopter and a rescue crew. The chopper was able to extricate Claude from the bottom of the cliff just before noon. Claude, who was mildly hypothermic and suffering from debilitating cramps, was taken straight to the emergency room. He had a gash in his foot and was, as he described it, “a little banged up”, but he was sent home to rest after about five hours in the hospital. The following day, Claude and some friends went back out to retrieve what they could from the wrecked boat.

“We recovered all the rods and reels, some gaffs, two electric downriggers and miscellaneous gear,” he tells Outdoor Life. “But we lost thousands of dollars of gear and electronics.”

Claude, who is 72 and has been fishing off the coast of Maui for over 40 years, says there’s a lesson to be learned from all this.

“This thing was 100 percent avoidable, but when you’re fishing for long hours, your mind and body start to play tricks on you,” he says. And the fact that it was a beautiful, glassy day on the water made it that much easier for them to get complacent on the return trip home. “My point is that it happens to the most experienced people. But the coolest thing was how everybody just came together and helped us out. The fishing community is wonderful here. Everybody takes care of everybody.”

The fisherman says the whole experience made him proud to be part of that community, and even prouder to have a daughter like Charme.

“I still got lots of cuts on my feet, but nothing major,” he says. “My daughter had boots on, so she only has a cut under one foot…she was amazing.”