9 Reasons the Pawpaw Is the Ultimate Tree for Survivalists

No tree will help you survive better than the pawpaw. Here are nine ways to use this versatile native hardwood and its delicious fruit 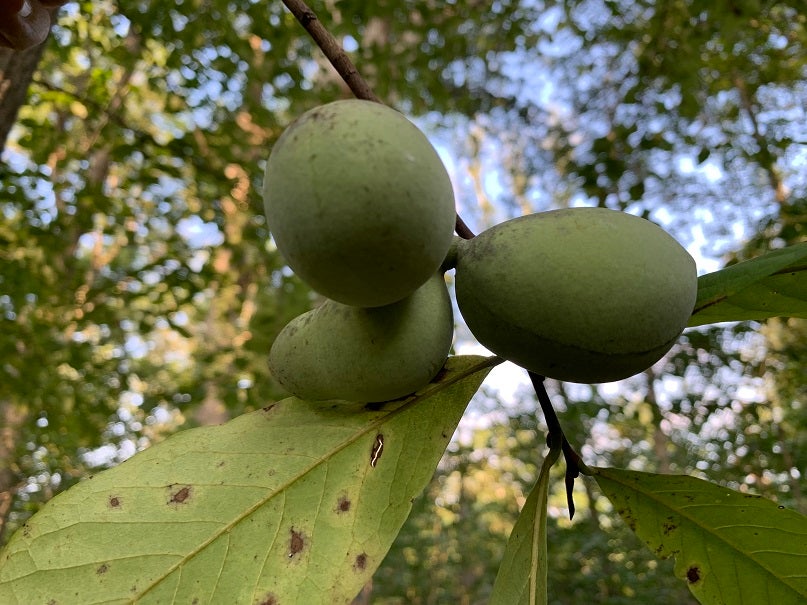 The term “paw paw” is often applied to the tropical papaya fruit in other parts of the world. But it’s also the name of an American treasure; the native pawpaw tree (Asimina triloba) can be found throughout the eastern half of North America. The pawpaw is an excellent tree for survival enthusiasts, and not just because it produces an edible fruit. The pawpaw can do more than just feed you. Here’s how the pawpaw can help you in the wild.

1. How to Find and Identify a Pawpaw Tree

Pawpaw is widely distributed in the eastern half of North America. The range of this tree reaches from western New York to southern Ontario, and across to Michigan, Illinois, and Iowa. It’s found in the eastern parts of Nebraska, Oklahoma, and Texas. It can be commonly found in the Appalachian Mountains and the Mid-Atlantic on down to the Florida panhandle.

Because it typically growing in rich, damp soil, pawpaw trees are often found in river valleys and flood plains, though they can grow in many different environments. The tree has large oblong or obovate leaves (like an oval, but pointy on the ends) that grow in an alternate-branch pattern. Pawpaw has some of the largest leaves you’ll see in the Eastern Woodlands, which can often hide their unique fruit, which is easily the most identifiable feature on the tree. The odd fruits look a lot like a fat green banana, reaching lengths up to 10 inches long and hanging as solitary fruits or in small bunches. These trees start bearing fruit when they reach 10 to 15 feet in height, and the trees typically remain small, though much larger trees are occasionally seen. Pawpaws grow in colonies, so usually if you find one tree, you’ll find others.

2. Fruits of the Pawpaw

This sweet native fruit has probably been enjoyed by people since ancient times, and has saved many from starvation. Lewis and Clark’s expedition lived on the fruit for two weeks during their journey. Clark wrote:

“By Sept. 18 [1806], the party was within 150 miles of the settlements. It had run entirely out of provisions and trade goods…There were plenty of ripe plums, which the men called ‘pawpaws.’ Gathering a few bushels was the work of a few minutes only. The men told the captains ‘they could live very well on the pawpaws.’ “

What’s so great about them? The soft custard-like, yellowish pulp has a sweet flavor that tastes like a combination of banana and mango. Ripe pawpaw fruits each contain about a dozen large dark seeds. These seeds are not edible, but the pulp is. Simply toss the seeds into a shady area for a chance of growing more pawpaw trees, and enjoy the pulp raw or cooked. More calorie-dense than many other wild fruits, pawpaw boasts an impressive 80 calories per 100 grams of flesh. Personally, I love to eat them raw, right off the tree. When fully ripe, the low hanging fruits seem to slip off the tree branch when you cup your hand under them. The ripe ones higher up can drop off when you shake the tree, too. You’ll know the fruit is ripe when it is very soft, fragrant, and sweet tasting.

3. Pawpaw Fruits Are Loaded with Vitamins

The size of pawpaw fruits can vary. Tiny ones weigh only a few ounces, but whoppers can weigh more than a pound apiece.The average pawpaw fruit, with its large inedible seeds removed, will give you more than a 100-gram serving. This small amount (3.5 ounces) is anything but modest in its nutritional offerings. It supplies small amounts of fiber, protein, and fat, and also provides more than 30 percent of the daily allowance of vitamin C. It also contains vitamins A and B. You’ll even get several essential minerals with each bite. That 100-gram serving provides 10 percent of your daily potassium, 39 percent of your iron, 25 percent copper, 11 percent magnesium, and a very generous 130 mg of the daily value of manganese.

4. The Leaves Can Act as Insect Repellent

If the insect repellent bottle is empty and you’re tired of being bitten by bugs, pawpaw can help. The large ovate leaves of pawpaw can be crushed and rubbed onto bare skin and clothing as a passable repellent, mainly for flying insects. For best results, tear up the young spring leaves. These are the strongest and most pungent, and they smell of tar or asphalt. You can also use crushed pawpaw leaves in debris beds and other survival shelter bedding to offer a little more protection from insects while you sleep. These leaves aren’t anywhere near as effective as DEET or even commercially available natural insect repellent, but any help battling bugs is better than none.

5. Use the Dry Bark to Spark a Fire

When pawpaw bark has rotted to a very fibrous state, and it’s starting to fall away from the wood on its own, this is the perfect time to use it as fire-starting tinder. This type of fuel needs to be easy for the struggling fire to consume, and the right stage of pawpaw bark fiber can fit the bill. This fiber can be easily stripped from dead branches and sapling trunks, especially when you break the wood into pieces. These fiber strips can be shredded by hand into small fiber strips. The fibers can also be chopped into smaller pieces with an axe or heavy knife. You’ll get even faster and better results by pounding the fiber between two rocks. This breaks the fibers into slender strands without cutting them.

For dead pawpaw bark that isn’t totally decomposed, long strips can be peeled and used as a raw material for cordage projects that require string and rope. It’s not the strongest fiber available. Plants like common dogbane (Apocynum cannabinum) produce a much stronger and rot-resistant cordage than pawpaw does, but in the absence of dogbane, pawpaw bark can work. There are three main ways that the bark can be used for lashing and tying tasks. The simplest way is using the flat strips of bark as they are, tying them the way you would tie ribbons (try using a water knot or sheet bend). For a better result, the flat bark strips can be twisted into a round cord. This could be considered “yarn” (at any diameter). For optimal results, the fiber can be separated from the outer bark and woven into two-ply cordage. This tree bark cord has a long history of use by Native peoples, being transformed into rope, nets for fishing, basketry and other fiber goods. As an additional option for springtime, the living bark can be peeled from branches and sapling trunks to be used as ribbons.

Pawpaw gave me one of the best results I have ever had in front of a class with a field-built bow drill set. While taking a class to look for friction fire equipment along a river’s edge, a small pawpaw grove just kept giving and giving. I found some great branches for a drill and board that were both dead and dry, but not rotten. I was able to find another branch that was flexible enough for a bow. I stripped off some very rotten fibrous bark for tinder, and less rotten bark for cordage on the bow. The only part that wasn’t pawpaw was my handhold block, which was a local piece soapstone that I drilled out with a small chunk of harder stone. The whole kit came together in roughly 30 minutes, but the most astounding part of the demo was the part where it worked on the first try. Field-built kits often need tweaking and part substitutions before they start working, but that sweet little kit worked right away (which, as any instructor will tell you, usually doesn’t happen when people are watching). Pawpaw can give you great wood for friction fire components like drills and boards. As we’ve already discussed, the rotten bark can also be found in stages of decomposition that allow it to be both tinder and cordage material. You could even use branches as bows and chunks of wood for handhold blocks.

8. Pawpaw Leaves Are a Multi-Use Resource

For a creative survivor, the large leaves of a pawpaw tree can offer a wealth of uses. They can be employed as a makeshift thatching material for shelters and other structures. I’ve used them to line baskets so they stay clean. This trick lets you use your vine or grass baskets like plates for serving food, and you can toss the dirty leaf liner when you’re done eating. Pawpaw leaves can be used to wrap food for cooking (though they are just wrappers, and not edible themselves). These versatile leaves can even serve the ignoble use of toilet paper when your roll runs out. Just stack them several layers thick for the best result.

9. Pawpaw Wood Is Ideal for Carvers

Many woodcarvers enjoy basswood for carving figures and other artistic pieces, so much so, that craft stores sell basswood blocks (at a premium price). Basswood is great stuff, don’t get me wrong. Pawpaw, however, is just as good, and it’s free. I actually like the unusual greenish yellow color of the wood. While it’s not particularly rot resistant, it should last a long time if kept in a dry location. Light and buoyant, you could use this wood to continue the heritage skill of duck decoy carving. You could also carve and paint your own fishing bobbers. If your carving skills are superior to mine, you could even carve figurines and other keepsakes for your friends and loves ones. Whatever you can imagine carving, pawpaw wood can be the raw material for your craft.