Wyoming Hunter Mauled by Mother Grizzly, His Hunting Partners Shot the Bear Off of Him

The hunter survived with non-life-threatening injuries. The grizzly cubs had to be euthanized by officials 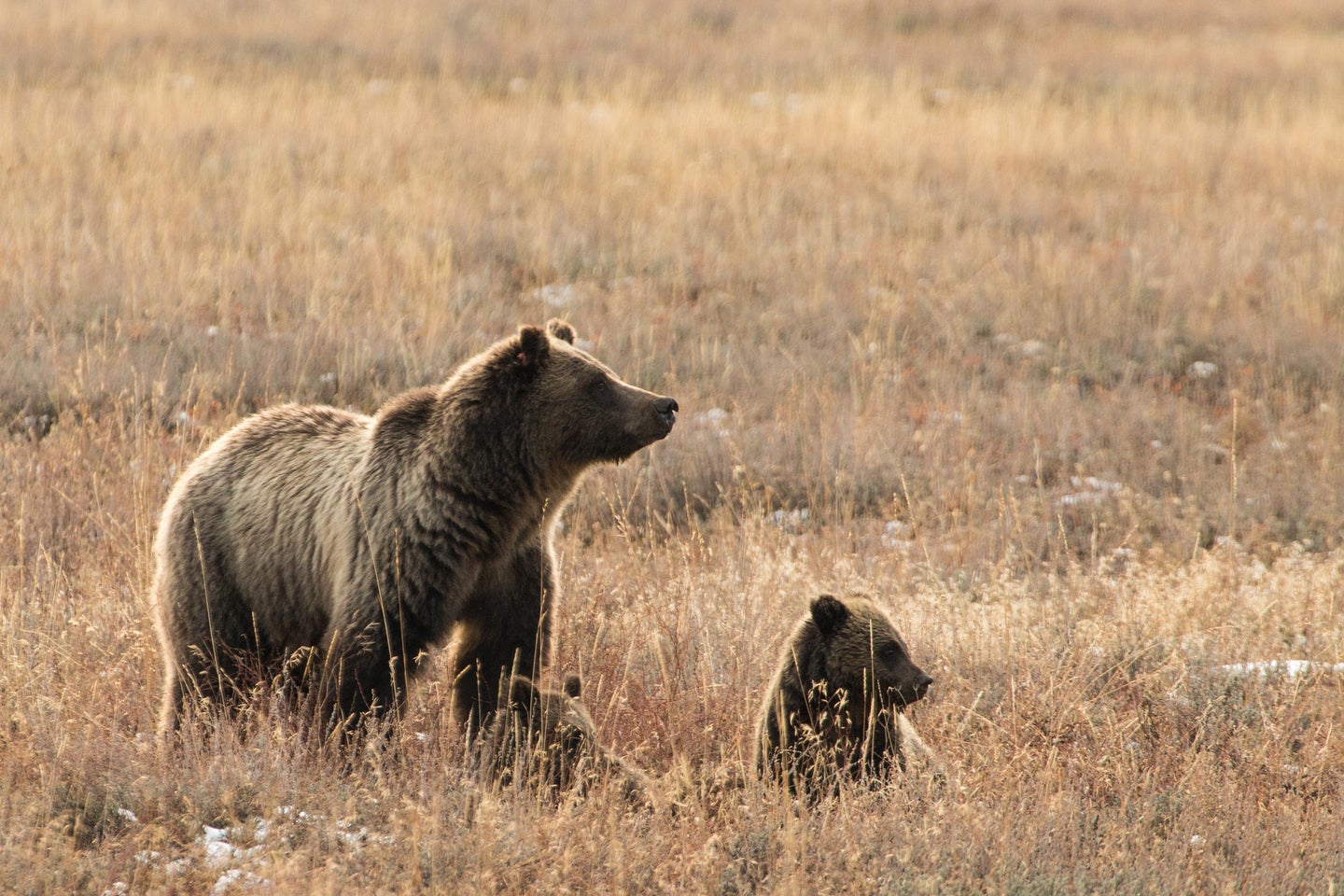 The hunter unintentionally got close to the bear's cubs. NPS
SHARE

An unnamed elk hunter was severely injured Oct. 2 by an attacking grizzly bear with cubs, according to Wyoming Game and Fish. The sow grizzly was shot by the hunter’s companions during the attack, perhaps saving the man’s life. The incident happened northeast of Cody.

The hunter was charged by a sow bear after he unintentionally came in close range of its cubs, according to state officials. The injured man was flown to a hospital.

The Wyoming Game and Fish Department, in coordination with the U.S. Fish and Wildlife Service, later euthanized the two cubs, which they reported could not survive the winter alone.

Well-known outdoorsman and former Outdoor Life Hunting Editor Jim Zumbo lives near the attack site and drove to the area where he saw several Wyoming Game and Fish trucks and horse trailers parked near the Shoshone River.

“Two men were standing by their horses and I learned they were part of the three-man party involved in the attack,” Zumbo said on his Facebook page. “I spoke to them briefly. I learned a thumbnail sketch of the event.”

Zumbo was told by the hunters that a grizzly charged out of the timber and mauled one of the men.

“While the bear was atop the man, the other two hunters were able to fire and kill the bear,” Zumbo wrote. “The victim had his thumb torn off. All agreed that if the hunter had been alone it could have been a far different ending.

“When I talked to them, two hours after the incident, they were in some state of shock,” Zumbo told Outdoor Life.

Cody Regional Wildlife Supervisor Dan Smith for Wyoming Game and Fish said in a news release, “The safety of outdoor recreationists is always at the forefront of our minds. Our thoughts are with the individual who was injured and we wish him a full and speedy recovery.”

In a U.S. Fish and Wildlife Service and Wyoming Game and Fish Dept. press release, it was explained that their investigation is continuing and it’s possible that the mauled hunter may have fired one of the shots that downed the sow.

Grizzly bears in the lower 48 states are protected under the federal Endangered Species Act, and it is illegal to harm, harass or kill them, except in cases of self-defense or the defense of others.

According to a recent Field & Stream article, 2021 has been a bad year for bear attacks in the Lower 48, and the season when we see more attacks is just beginning. The frequency of attacks is likely due to an increase in the Lower 48 grizzly population along with more people recreating and living in grizzly country.

“Some people don’t even realize that there can be grizzly bears around,” U.S. Fish and Wildlife Service (USFWS) Grizzly Bear Recovery Coordinator Hilary Cooley told F&S. “We have more people moving to the West. We have more people recreating in grizzly bear territory. There’s record visitation at National Park Service and Forest Service areas. Every biologist I talk to is like ‘there are people camped all over the place.’ And a lot of people are coming from elsewhere and don’t know that their gas grill or cooler that they leave on the picnic table on the campsite will be a potential bear attractant. Most of those conflicts are preventable.”