One story ended in a rescue, the other in tragedy. Here’s what we should take from both 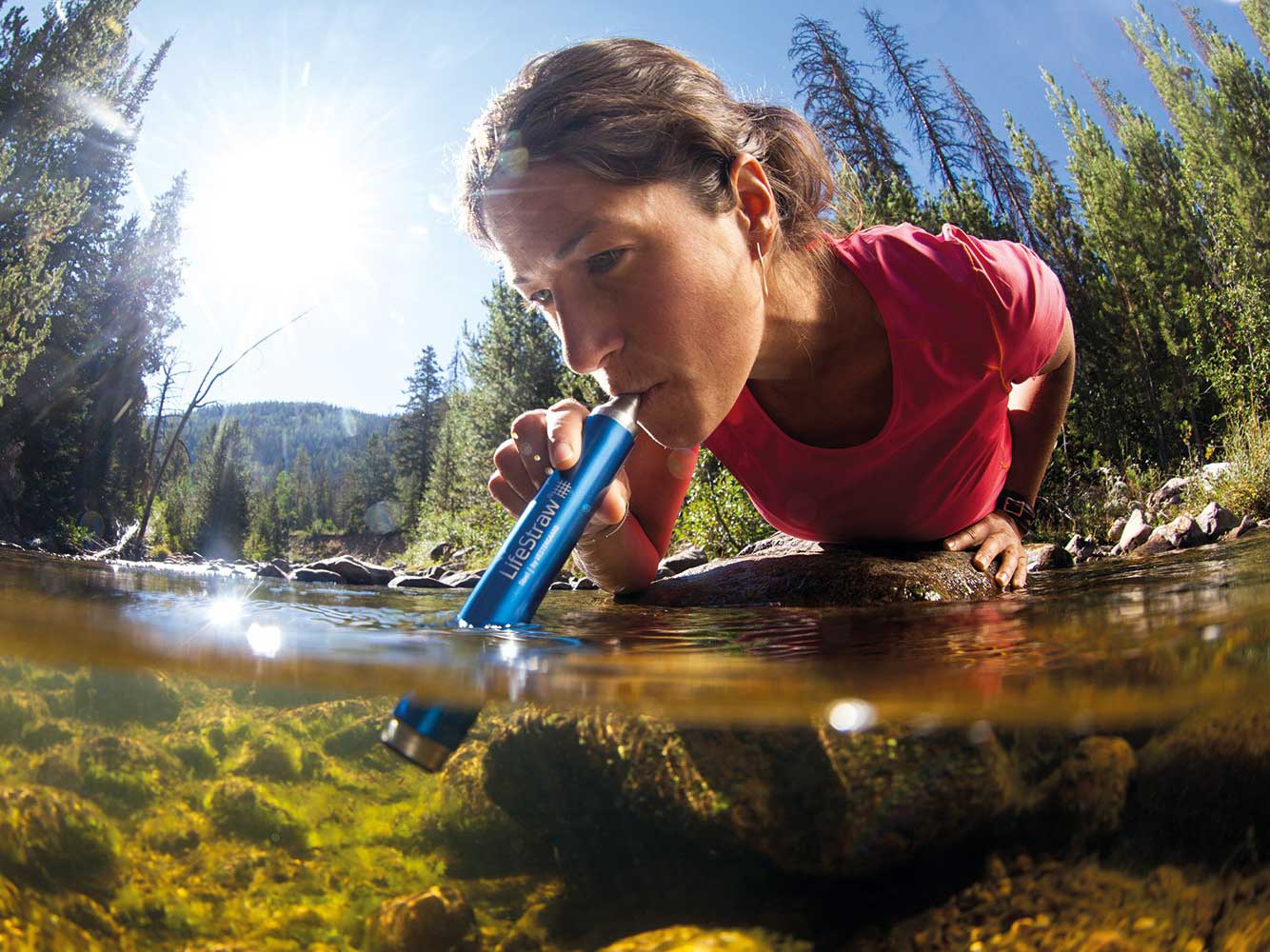 Imagine just how valuable a water filter or space blanket would have been during a 17-day ordeal in the jungle. These are simple and affordable items that anyone can carry into the outdoors. LifeStraw
SHARE

In two separate cases, hikers became lost in the wilds of Maui Hawaii last month. Both were 35 years old and each one was in great physical condition. There was even an overlap in the time that the two hikers were missing. While their exact survival situations were very different, the circumstances for each were similar. One hiker was found alive by rescuers, the other, sadly, was found dead.

I’ll take a look at both cases from a survivalist’s point of view and provide some info on how to stay safe during your own summer adventures.

On May 24, a tough young woman was rescued from a Hawaiian mountainside. Amanda Eller survived 17 days in the steep mountainous jungle with a broken leg, severe sunburn, dehydration, and painful skin infections. She had gone for a hike on May 8 and took a break to meditate. But she lost her bearings on the way back and ended up wandering away from her car rather than back to it. Over the next two weeks, hundreds of searchers combed the area. Eventually, the family bought additional helicopter search time and Eller was ultimately spotted near a waterfall and airlifted to nearby medical care. Eller later reported that she had broken her leg, but was able to find water, edible plants and even shelter during the ordeal.

During the time that Amanda Eller was still lost, Noah “Kekai” Mina went for a hike in a nearby area on May 20 and was “reported possibly missing” late in the day. After the successful rescue of Eller, some of the same SAR team joined in the search for Mina, but this time. Early in the morning on May 20, a helicopter crew spotted Mina’s body 300 feet below a fall line near the summit of Mauna Kahalawaia. Understandably, the authorities haven’t released many details yet, and in fact, few details may ever be known. The family did release the following statement – “We are so very sorry that Kekai has passed from this realm, he meant the world to us as a son, brother and friend… We find solace that he was found, and ask all those that extended their hearts and love to Kekai and to us, that you pause, and take a moment to love and hold those that are dear to you a moment longer than you would normally do.”

In the midst of this tragedy, it’s important to remember that things can go wrong anytime you venture into the wild. Don’t let that stop you, but keep the following rules in mind.

Going out alone is a choice that many of us make when venturing into the backcountry. This can be a decision of convenience (when no one is available to go with you), or it can be a decision with intent (when you just want to have some time alone). Unfortunately, going into the wilderness alone is how many tragic stories begin. None of us should ever forget the buddy system, and we should always have at least one person with us when we head into treacherous terrain. There’s safety in numbers, and with one other person or a group, you have someone to care for you if you are injured. You also have someone who can go for help if you are immobilized.

It’s unlikely that Amanda Eller would have had enough phone signal to call or text in the remote wilderness areas she frequented, but that’s no excuse to leave your mobile phone in the vehicle (as she did). This issue is a matter of perspective. You may or may not have signal in the area you are headed, but you’re looking at it the wrong way if you think that you should leave the phone behind because you might not have signal. You should always carry your phone because there just might be enough signal to call or text (text messaging can work when there isn’t enough signal for a call to connect). And by calling for help in an emergency, you have the chance to turn a potential catastrophe into a mere inconvenience.

Whatever you do in the outdoors, you need to have a plan. Taking a random exploratory trip might sound fun, but it’s also a great way to get stuck in a place that no one knows about. How could your loved ones (or rescuers) find you, if they didn’t know which park or wilderness area you went to? You should have a plan for every excursion. Know which vehicle you will take, where you will park, what your route will be, and when you will return. No, there isn’t much room for spontaneity in plans like these, but this kind of planning can save your when unplanned disaster strikes.

The beauty of your excursion plan comes into play when you miss that check in phone call or you don’t return home on time. Your friend or loved one can call the authorities and explain that you are likely a lost hiker, angler or hunter. When the authorities know what you are driving, where it should be parked and where you have gone – search and rescue can be mobilized for a fast turn out. Most SAR cases are resolved happily, and in less than 72 hours (especially when they have good information to go on). Some folks are even rescued the first night. It’s very important for us to recognize and respect all the search and rescue responders (largely volunteer), and not just those who were involved in the Eller and Mina cases. Let’s honor all those who give their time, so that we can head into the wild with a greater margin of safety. The best way to do that is by giving them good information to work with.

Survival gear isn’t just for the paranoid – it’s for everyone. Since you never know when bad luck will strike, you should carry a little extra gear on all outings. Assuming you’d like to survive in the wild for any good length of time, you’ll need gear for shelter, water, fire, signaling and first aid. And a bit a navigation equipment could keep you from getting lost in the first place (getting lost is the number-one reason for SAR callout). Here’s a simple list of affordable supplies that you can easily shove in a pouch, purse or pocket. There’s no good excuse to for leaving this stuff behind.

Read Next: 10 Reasons Why People Get Lost in the Wild

Panic is one of our sneakiest adversaries in an emergency. This all-consuming fear comes from within and it surfaces at the worst possible time. Panic is unrestrained fear, and it may cause us to turn into a quivering pile of goo or take off running at full speed in a random direction (which often ends in physical injury). Fear is natural and it usually keeps us safe, but panic is fear run amok. Eller was able to focus on her yoga practice to control negative emotions like panic and sorrow. Even if you’re not into yoga, you can take a page from Eller’s book. In a situation that’s out of control, focus on something you can control – your breathing. By paying close attention to your breathing, you can lower your pulse and BP, and start to neutralize some of the “fight or flight” chemicals floating through your body. Inhale through your nose slowly for five seconds, hold the breath for five seconds, and then exhale it through your mouth – taking a full five seconds to expel the breath. Think positive thoughts while repeating this breathing exercise, as many times as needed. Try to rationalize your fears while doing the breathing exercise, too.

In an interview with the media, Amanda Eller’s mother said that the reason Amanda survived so long in the jungle was because of her training. Eller and her friends had all received extensive survival training. She knew how to find safe water to drink, which wild plants were safe to eat, how to find shelter (she used an abandoned boar’s den) and many other vital skills. These skills saved her life. And whether you take a survival class, or just spend some time practicing survival on your own – once you have a skill under your belt, it’s yours forever. At a minimum, I would recommend that you practice shelter building, water procurement, fire building, first aid and signaling for help. Then if you want to go farther, take a local class on wild edible plants or study the plants you’d encounter in your travels. And if you already hunt, trap or fish, practice your existing skills with improvised or homemade gear. Then keep on learning. I think Horace Kephart said it best, “In the school of the woods, there is no graduation day.”