It’s time to dispel some rumors, mistruths, and outright lies about bass fishing 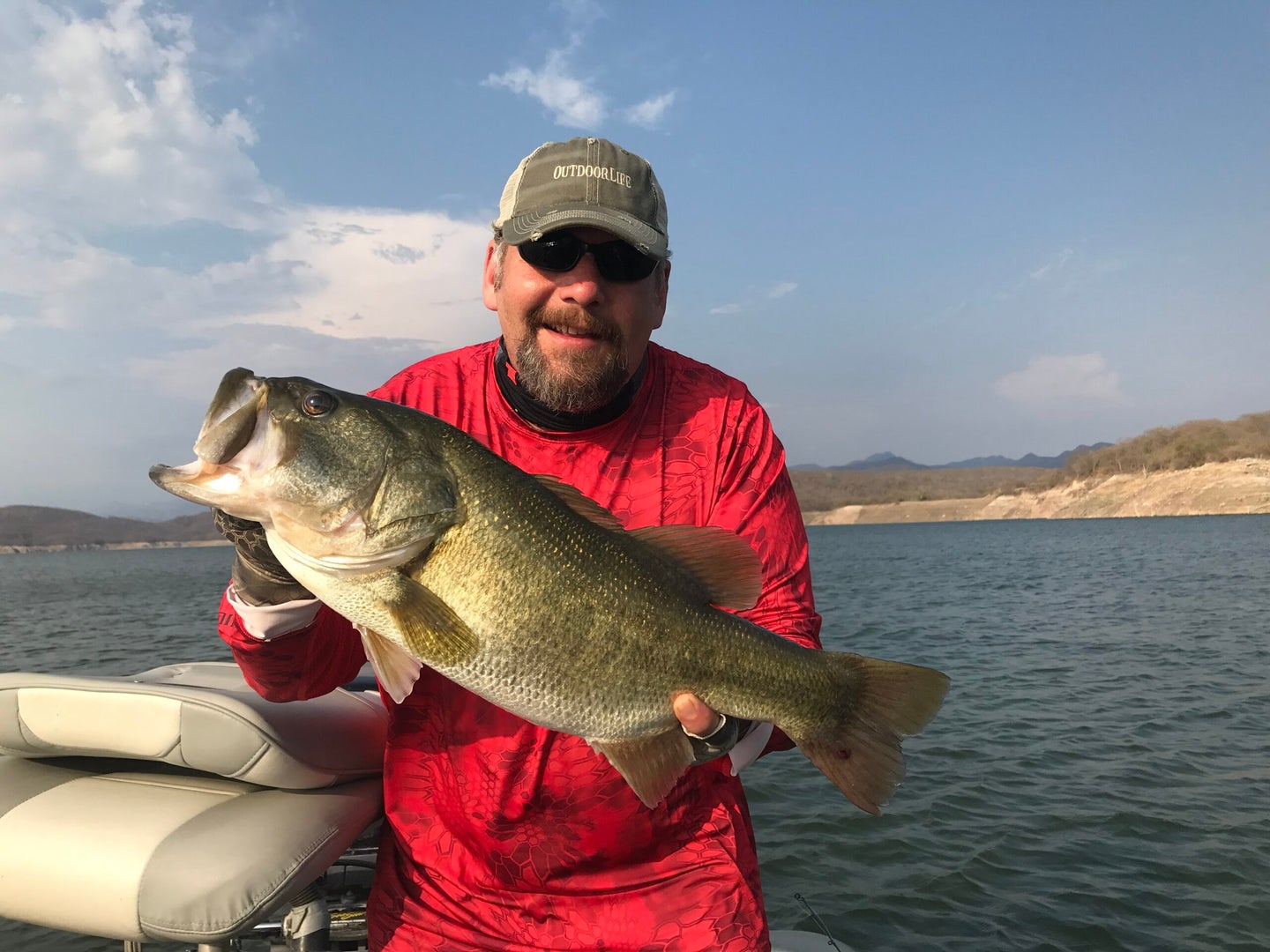 No one ever brags about the small bass they catch. Whether you live up north where a 7-pounder is a wily, ancient giant, down south where double digits are the key metric, or in Southern California where largemouths of 14, 18, or even 20 pounds are not out of the question, everyone wants to one-up the local competition.

The dedication to catching the biggest bass that swims near you comes at a price. You generally have to forego grip-and-grins in exchange for the right bite. It requires a different mindset–one focused on current conditions and one that discards absolute falsehoods, old wives’ tales, and partial truths. The following myths are all too common and should be avoided if you truly want to land a lunker.

Bass are opportunistic eaters, and there are very few fisheries where they exclusively lock onto one type of forage. That said, they don’t grow big by expending lots of energy on small meals that don’t provide them with enough nutrition. Bass are engineered to pack on the most calories and protein with the least possible effort–all without leaving their comfort zone. So, on traditional reservoirs where shad make up most of the forage base, bass are locked into them from an early age.

Nevertheless, says Texas pro, Keith Combs (who’s seen over 70 double-digit fish come over the side of his boat in the course of his guiding and pro fishing career), at a certain point they change their focus. That often occurs when they reach the 5- to 7-pound range; when they switch from shad to bluegills, tilapia, crappie, barfish, or even from threadfin to larger gizzard shad.

Myth 2: It takes a big bait to catch a big bass.

While big bass want a lot of bang for their buck when it comes to feeding time, they still won’t pass up an easy meal. It seems that nearly once a year someone catches a double-digit while crappie fishing with a 1/16 or 1/8 ounce jig on trophy factory, Lake Fork, and that’s not necessarily accidental. Put something in their face, make it easy to chomp, and there’s no reason for them not to eat it. Furthermore, Combs said that while bass may change their baitfish preference with age, they eat prey like crawfish at any size.

Myth 3: Bass can’t learn because their brains are too small.

Bass may not be smart in the sense that they can do calculus or translate Latin to English, but they definitely have the ability to learn from experience. Dr. Keith Jones, author of the seminal book Knowing Bass, has experimented extensively on America’s favorite gamefish and concluded that while bass have primitive brains, they can actually learn to associate certain sights, sounds, smells, and tastes with danger.

Whether they’ve felt the sting of a hook from being caught before, or they’ve learned to associate an overhead shadow with one of their predators, older fish have likely had more of those experiences than their younger relatives, and have a greater library of information upon which to act and react. Nevertheless–bass are lower invertebrates, so any efforts to give them emotions or otherwise anthropomorphize them is likely a waste of energy.

The big fish swimming seemingly aimlessly down the bank may seem like it doesn’t have a care in the world, and the bass you catch off a hump, far offshore, might seem to have ended up there randomly, but unless they’re given an air-conditioned ride in an angler’s livewell and then released, very little is random about their movements.

Beginning in the 1980s, Texan John Hope electronically tracked the movements of multiple large bass and subsequently published his findings in a book called Trackin’ Trophies. What he found was that bass traveled through “choke points” where multiple lanes narrowed down to a single passage, much like trophy deer. They wanted to find the fastest way to comfort zones–from areas where they could spawn, to those that would have a constant supply of food and oxygen. They needed to be able to hunt opportunistically and then retreat to safety, and finding the ditches and drains that effectively operated as highways would shorten an angler’s learning curve. As far as Hope was concerned, big fish are creatures of habit. 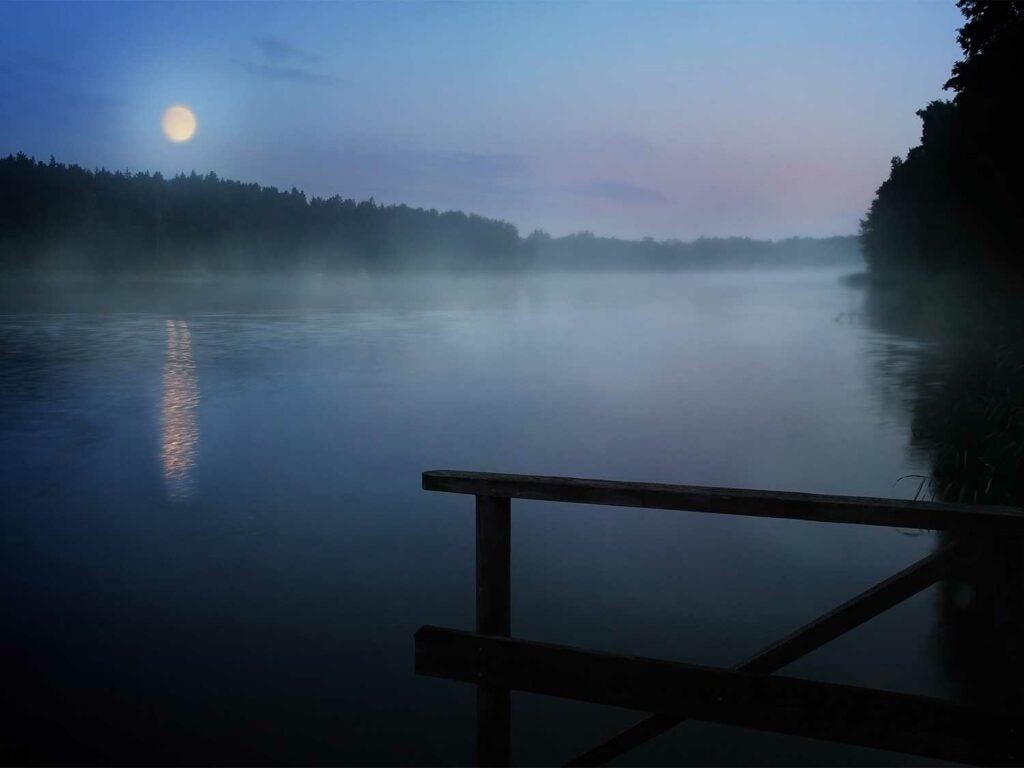 Whether you like it or not, the moon phase still has an impact on your fishing.

Whether a system is tidal or depends on some other form of current, there are often windows of peak feeding times when an entire system comes to life. Of course, the best strategy is to start early and stay late, but it’s especially important to be there when multiple variables line up. Some experts have completely discounted the solunar tables (like John Alden Knight in 1926), but the late Doug Hannon believed that they were critical.

Hannon kept meticulous records of his catches over the years and found “indisputable evidence” of the sun and moon’s influence on the bite. That led him to develop his own “Hannon’s Lunar Factor” to explain why moon phase affected both major and minor feeding periods.

The “Bass Professor” caught several hundred double digit bass in his career, and strongly suggested that anglers who are able to do so should plan their trips around “moon up” and “moon down” periods (i.e., when the moon is directly above or directly below your location on the earth). You may not be fishing a tidal system where the effects of the moon’s gravity are apparent to the naked eye, but it impacts the ecosystem on all bodies of water.

If your personal ethics allow it, fishing during the spawn is a prime time to catch a monster. Not only are the fish as big as they’ll get, but the vast majority of them will be shallow on any body of water. But many anglers believe that when the water hits a certain temperature–usually around 60 degrees–and the moon is full, the biggest fish will rush to do their business. The facts are a little more complicated.

There are a variety of circumstances that influence when fish spawn, including the length of the day, the penetration of sunlight, and other environmental factors. Even putting those aside, not all fish spawn at the same time. On some lakes, the process can be spread out over several months, with new waves and trickles of fish constantly moving up. There is no scientific evidence to support the idea that the full moon alone is determinative of when bass get busy.

If you are going to sight fish, choose times and days when there will be sunshine and minimal wind–the better to see your adversary. If you’re going to be “blind” fishing in likely spawning areas, you’ll want to fish during warming trends, when those shallow areas are tipped into key temperature zones and nest-building becomes more likely.

Myth 7: Big bass stay in deep water during the summer.

Once the spawn is over, bass recover and then move to their summer haunts. On many lakes, that means offshore structure, usually in deep water, like shell beds, sections of the river channel, shoals, or humps. Life is easy there and food is plentiful. However, that’s not universal. On some waters, like many tidal rivers, most prime habitat is shallow, and the constant flow keeps the water oxygenated.

There are also many other reasons for bass to stay shallow, especially after their fry have hatched. Several other spawns, including bluegills and shad, happen after the bass spawn, and they provide easy opportunities to feed. On waters with grass, shallow cover, and a continuous presence of baitfish, there may also be a population of resident bass that never leave, even if another opportunity presents itself.

Like Florida retirees, bass that are used to near-tropical temperatures hit the panic button when an atypical cold front rolls through, and they may shut down slightly or go into psychological shock. A rolling series of cold fronts can make it even worse, but fish can’t go on for weeks or months without eating. Bass still have to feed, they just might not travel as far to do it.

Look at tournament results in the deep south during the most adverse conditions, and often, there won’t be a lot of fish caught, but there will be a disproportionate number of giants. Focus on areas that hold heat, like mats of dead hyacinths, and soak a bait painfully slow in those high-percentage zones.

Being such incredible opportunists, bass do their best to use all of their senses to feed. When the water is clear, they’ll use their sight to track down prey, and when it muddies up they’ll rely more heavily on their lateral lines. Some old-timers claimed that fish don’t have meaningful olfactory senses and they’d soak their baits in gasoline and then catch a few to prove a point. However, there’s plenty of evidence to show that bass can and do distinguish different smells, and it often makes a difference in catch rates.

It may not matter on a fast-moving spinnerbait or buzzbait, but when a bass has time to examine a soft plastic or jig, a natural, attractive scent can be the factor that convinces them to bite. If nothing else, added or embedded scent can actually mask human odors that might deter them from biting. Anecdotally, look at the long-term success of products like Gulp! and PowerBait. They seem to work, and even if they objectively don’t, an angler who is more confident in his bait will pay closer attention and be ready when the strike comes.

Myth 10: Big fish don’t bite in the middle of the day

Fish may be less guarded during low-light hours, but as indicated above there are many factors that open up bite windows. It might be a solar-lunar influence, or it might be a tidal stage. On many reservoirs used for power generation, bass bite when the current starts flowing. Veteran pro Greg Hackney told Bassmaster.com, “If you want me to get technical about it, I’ve caught more giant bass—eight pounds or better—in the late afternoon during the summer when the water was 90 degrees or better, and I catch a ton of my bass in the middle of the day.”

If your time is limited, weigh the various factors, and remember that no particular element is dispositive. If time is not limited, more of it spent on the water is almost always better.

As noted above, bass are not educated, and like humans no two are the same. While they may generally observe certain principles, sometimes the best way to find a true outlier is to buck conventional wisdom. Just when you think your local population is growing fat on tilapia, you’ll find one loaded with bluegills. When an old-timer tells you that they’re all out deep, avoiding the heat of the summer, you’ll find a 10-pounder in water barely deep enough to cover her back.

All we can base our efforts on is their observed tendencies, and like an NBA or NFL coach, that’s what you have to anticipate and guard against. Your game plan should follow the blueprint, but sometimes you have to call an audible and go with your gut over the “textbook.” Big fish get that way because they’re not as predictable as their smaller brethren, and they learn survival lessons better. Follow the rules, but don’t be afraid to occasionally break them.