How to Prep and Cook Largemouth Bass Fillets for Fried Deliciousness

Plenty of folks argue that largemouth bass taste like mud. But they’re not prepping their fish properly 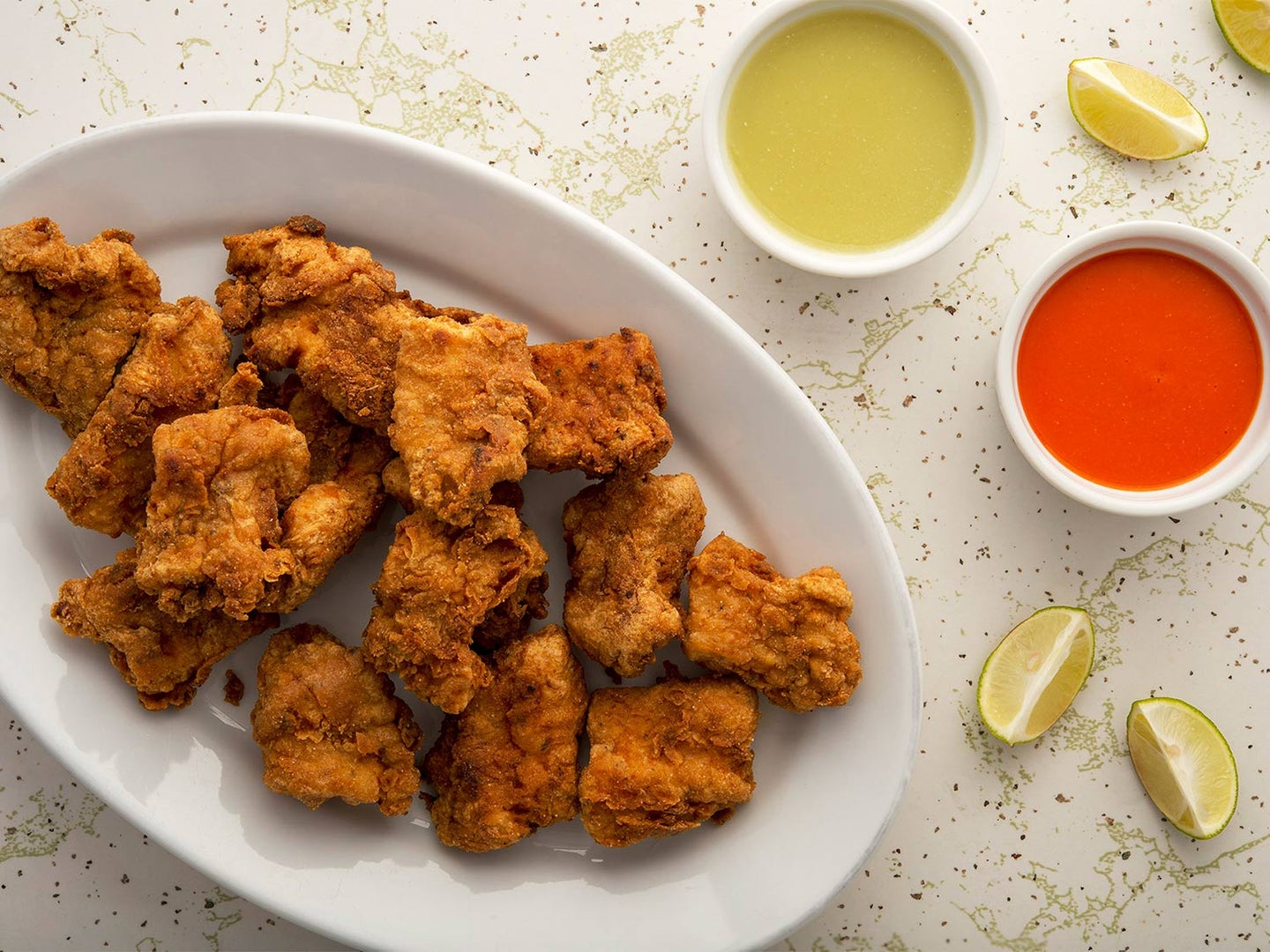 Fried bass nuggets taste as good as they look, as long as you prepare them properly. Hank Shaw
SHARE

Green carp. Ditch pickles. Largemouths. Black bass. No matter what you call this fish, it ain’t good eats. Or is it?

The cultural taboo against eating largemouth bass is not wholly a matter of tradition, but bass can make fine table fare with a few specific considerations.

Native to the Eastern and Central parts of the United States, and introduced pretty much everywhere else, the largemouth is hardy and full of fight, an icon of pro fishing in America. And as such, catch-and-release is the rule.

But no one ever told me that.

I did not grow up with largemouth bass. I grew up with striped bass. I am a born-and-bred saltwater angler. I didn’t even catch my first freshwater fish until I was in my 20s.

Eventually I learned to fish Motts Run Reservoir in Spotsylvania, Virginia, and soon enough became adept at catching bluegills, crappies, white bass, perch, and, yes, largemouth bass. To me, the bass were not as firm as bluegills, not as crafty as crappies, and most definitely not as tasty as a yellow perch. But, hey, they were easy to catch and tasted just fine fried in cornmeal.

I thought nothing of keeping a few eater bass until one day when I had a few nice ones on my stringer as I loaded up for the drive home. A guy who had just put his boat in the water stopped me: “Whatcha doin’ with them bass?” Eating them, of course. “You can’t eat bass!” I thanked him for his insight and left.

Since then I’ve eaten plenty of largemouth bass all over the country, and I’ve developed a few tips and tricks on cooking them. First and foremost, let biggest ones go. They tend to be big breeding females, and second, the flake of their meat gets very coarse, which isn’t an advantage at the table. Furthermore, large bass are more apt to be wormy than younger ones (though this can depend on the body of water). As a personal rule, I try not to keep largemouth heavier than about 3 pounds.

In a perfect world, you want to eat largemouth out of a cold river, not a hot farm pond. The meat will be firmer in colder water, and that characteristic muddy taste of a largemouth’s skin disappears in river fish—at least in my experience. I scale river bass and skin a pond bass.

No matter where you catch them, bass benefit from an overnight saltwater brine in the fridge. This seasons them and firms the meat. My general ratio is 2 tablespoons of kosher salt to 1 quart of water.

Read Next: 10 Mistakes Most Hunters Make When Cooking Wild Game

Another note on firmness, which is a main consideration with largemouth bass fillets: You must handle keepers properly after you catch them. Most bass fishing is a hot-weather affair. It’s critical to ice your fish down as soon as they are dead. Otherwise, they’ll turn to mush. Toss it in the cooler next to the beer and bury it in ice.

As for cooking methods, nothing beats skinned and fried, whether it’s in cornmeal, breadcrumbs, or beer batter. That said, bass are good grilled either whole or “on the half shell,” with unscaled skin left on to protect the meat. Smaller ones are nice whole, scaled, and steamed, with hot chile oil poured over them at the table.

And if you freeze them first to kill any potential parasites, yes, you can indeed pickle your ditch pickles, just like pike or herring.