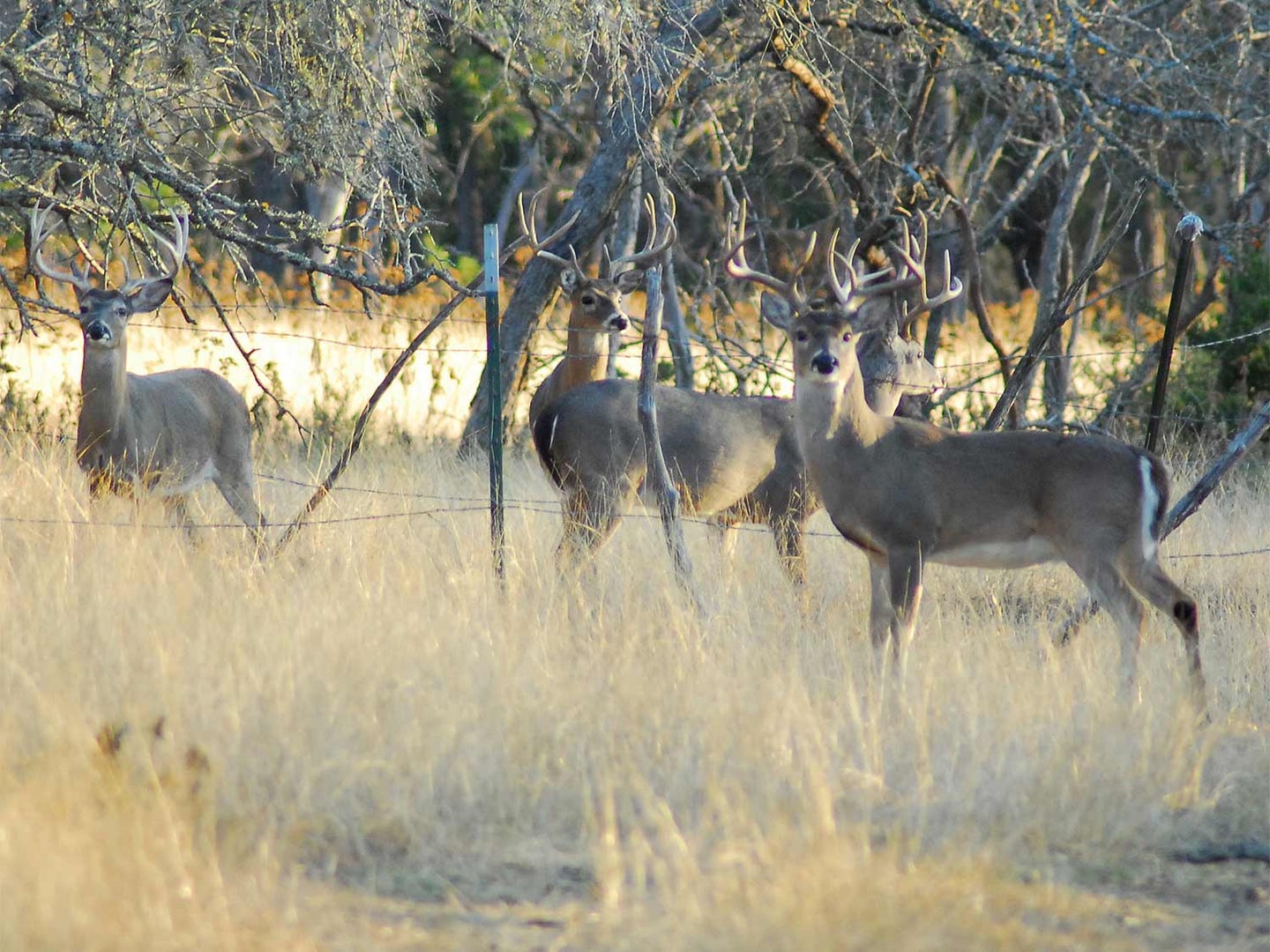 Pay attention to details in the field and study deer movement patterns in all conditions to zero in on when, where, and how you might get a shot at a trophy deer. Flickr/M&R Glasgow
SHARE

If you’re a bookworm, particularly of the self-help variety, you likely know that 2019 marks the 40th anniversary of one of the most iconic self-help books ever written, Stephen Covey’s 7 Habits of Highly Successful People. With 25 millions copies sold, and the first audio book to ever top one million sales, 7 Habits is one of those iconic works that has helped a whole bunch of folks figure things out. The revelations in that book aren’t exactly ground-breaking. But they are, at their core, a solid foundation for success.

That said, I’ve been fortunate to hang around some pretty good deer hunters. I’ve studied their success and analyzed their failures, and noted a few things along the way. Here are 10 things I’ve noticed they all have in common that can help you have a more successful deer-hunting season.

A few years back, I attended a seminar given by whitetail legend Barry Wensel. In his presentation, Wensel talked about hunting over scrapes. I was stunned at the level of detail in his stories and recollections—the guy remembered seemingly every item of varying significance about every deer he’d ever observed working a scrape. And it wasn’t the last time I marveled over the amount of information retained by highly successful deer hunters.

Wensel pays attention to every detail because he’s learned that it’s the meanings behind those details that you have to put together to create answers. Those details are stored away, analyzed, organized and put into practical action.

A less-than-successful deer hunter doesn’t sweat those details. A hunter may know he or she saw three bucks last night from a hunting stand good for a west wind. But they don’t note the wind direction was actually WSW when they saw the deer, and they didn’t notice that every one of the bucks entered the food source on a different trail, but from the same direction, because they were quartering downwind to more efficiently check for scent. When that hunter returns the next time to hunt when there’s a west wind, they won’t realize the reason they didn’t see any bucks is because the wind was due west and discouraged the bucks from approaching in the same manner. Are those extremely subtle details? Yep. But they matter.

Paying attention to details is critical for consistent hunting success. But the very best deer hunters I’ve spent time around are constantly searching for deer movement patterns they can exploit.

Oklahoma hunter Jeff Danker has made a name for himself in the outdoors TV world with his ability to consistently tag giant whitetails in open country. He does this because he’s a master at patterning whitetails. Danker will invest hours conducting long-distance deer surveillance and sacrificing actual hunting time to decipher a repeatable pattern he can use to his advantage.

Highly successful deer hunters do not see a big buck and consider themselves lucky to have had the experience. Instead, they see a big buck and try to decipher every moment of that encounter to identify a repeatable pattern they can act on when that deer repeats it.

Social media is something I love to hate. I hate that it brings out the worst in people sometimes. But at the same time, I love the insight it provides.

Follow some highly successful deer hunters that have social media chops and you’ll quickly realize that they spend an inordinate amount of time preparing. They scout; they work the land they hunt; they practice shooting; they plan.

Moving in on a trophy or once-in-a-lifetime buck is not unlike a top athlete following a daily training program. Practice and preparation will help you control as many variables in the field that you can control.

I don’t consider myself an ultra-successful deer hunter; though I think my skills for making big buck encounters are above average. I see a fair number of big bucks each fall. But I’m still learning how to close the deal more consistently. The most successful deer hunters are the opposite. They close far more deals than they leave open. Why? Because I hesitate, and they don’t.

I’m not talking about taking skilled shots at critters, either. Yes, there is some of that in play here. Highly successful hunters are very good at taking the first good shot an animal gives them and making it count. But they’re also very good at making the right decision and making that decision in a hurry. I can’t recall the number of times I’ve agonized over whether I should change stand locations only to see a giant buck cruise past the location I was considering before I made up my mind. Highly successful deer hunters don’t hesitate. They’re confident, they’re prepared, and they make decisions and execute on them.

Find a highly successful deer hunter and you’ll have found someone who is highly proficient and—perhaps most importantly—highly familiar with the equipment they use. Think about some of the big deer you’ve encountered. You know, the proverbial ones that got away. How many of those deer escaped because of some minor malfunction? An instance of bad luck? Highly successful deer hunters do not believe in luck. They work very hard to prevent mishaps, and that begins and ends with proficiency and familiarity. They don’t miss shots because their gun or bow is off. They don’t miss opportunities because they were five minutes late getting on stand because they couldn’t find their bow release. Highly effective deer hunters know the ins and outs of every piece of gear they own and they are proficient with everything they use.

Here’s another habit learned from a Wensel—this time it’s coming from Barry’s twin brother, Gene. In his excellent book, Come November, Gene writes about the importance of spending as much time in the woods as possible during the best time of each season. His reasoning involves startlingly simple math. If you hunt eight hours a day, you’re twice as likely to be successful.

Now, expand that concept. If you’re more efficient when scouting, you’ll scout more ground. If you spend less time hunting unproductive areas and more time hunting the best areas, you’ll be more successful. The best deer hunters I know don’t waste time—ever. They perform tasks with a purpose and they do so as efficiently as possible.

All of the highly successful deer hunters I’ve been blessed to spend time with were unique people. Each hunter has their own theories, preferences, positions, and approach. But they also have some commonalities, not the least of which is this: All were focused on learning as much as they can about the deer they hunted.

Another commonality are three simple words: “I don’t know.” The best deer hunters I’ve encountered aren’t the know-it-all type. Not in the least. In fact, each of them is quick to note that while they may have a lot of knowledge about deer and deer hunting, there is even more that they don’t know. It’s that mystery, that pursuit of more knowledge, and more experience that makes them so successful.

Stop learning and you start assuming. Start assuming and success becomes much harder to find.

The very best deer hunters I’ve been around seldom miss. Notice I didn’t say “never.” Everyone misses sometimes. But when these guys miss, it’s usually because of something unfortunate (like a small twig deflection). They aren’t missing “gimme” shots and they seldom hit a deer in a place other than where they aim. Why is this? It’s because they don’t take shots they can’t make, or can’t make regularly. This is a subtle distinction but one that makes all the difference. Lots of guys can stand 50 yards from a target and drill arrows into a 5-inch circle. But how many of them can do that in the woods when adrenaline is racing and the target is capable of reacting to the shot? I’d wager not very many of them. The best deer hunters I know don’t have to do that because they take high-percentage shots and set themselves up specifically for those shots.

9. Shoot Deer in the Ribs

There’s a little piece of information that has made a big difference for me as a bowhunter. It’s pretty simple: shoot the deer in the ribs, not “just behind the shoulder” and not “three ribs back when quartering away.” No, the top deer hunters I’ve been around all have strikingly similar responses when I’ve asked them where they aim when shooting a whitetail with a bow. They aren’t trying for heart shots. They’re not trying to tuck an arrow tight behind the shoulder. Nope, instead they want to double-lung every deer they shoot and they do this by aiming for the ribs of the deer. This doesn’t mean they aren’t picking a spot to focus. They are. But what they’re not doing is over-complicating things. Run an arrow through a deer’s rib cage and they will not go far.

The best deer hunters I’ve been around probably were born with some special gift that helps them understand deer and the environments they live in. But they also have spent a whole lot of time watching deer, hunting deer, studying deer, and learning a deer’s habits. Those hunters spend far more time in the woods than non-successful hunters. The fact that they routinely have success is not a coincidence or an unrelated effect. They’re successful because they make themselves so.