An Open Letter to Secretary Zinke on National Monuments

I’ve not seen you lately at Moose’s Saloon back here home in Flathead County, Montana, but I know you’ve been... 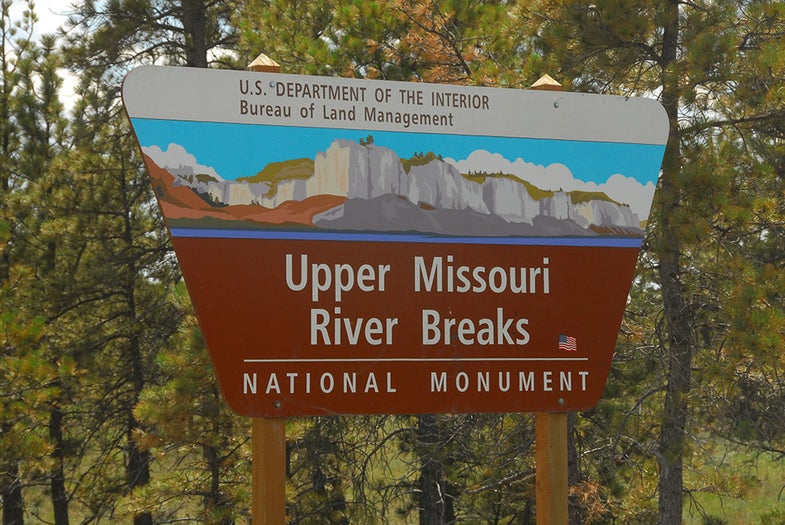 I’ve not seen you lately at Moose’s Saloon back here home in Flathead County, Montana, but I know you’ve been busy lately, with your new job as Secretary of Interior and all.

I’ve been reading that you and President Trump just ordered a review of 20 years’ worth of national monument designations, select portions of public lands set aside as extra special by presidents Obama, Bush II and Clinton under the Antiquities Act. So, I’ve got a question for you.

Why is America looking backwards, not forwards?

Why are you forcing us in Montana, and in communities across the West, to rehash tired old battles that were settled decades ago?

You spent the first few weeks of your new job touring our national parks and other public lands, and you tweeted about how hard the crews there are working to maintain those special places with tight budgets. You stood by as President Trump’s budget advisors announced savage cuts to the budget of the Interior Department, taking your hits like a good team player.

And now you want DOI to spend untold amounts of time, effort, and money reviewing 20 years of national monuments? What is to be gained from this? And what higher needs will be forgone in the meanwhile?

Have you floated the White Cliffs of the Missouri River lately, back home in Montana? It’s just as spectacular a float as it has ever been. I’ve been putting in for bighorn and bull elk tags there, but have yet to draw. Fishing is still pretty good for goldeye and channel cats.

There are still cattle grazing away on public grass there. Sometimes you have to work pretty hard to clear the cow chips away from a patch large enough to pitch a tent. But that’s multiple use for you. Monument or no monument, it’s still multiple use.

Yeah, the Upper Missouri River National Monument was controversial when it was proposed. It was new and folks in Montana are always skeptical about change. Kind of like protecting the Grand Canyon was controversial when Theodore Roosevelt used the Antiquities Act to protect 800,000 acres of Arizona. But you know what? We got over it.

What’s next? Will DOI be looking backwards 100 years to start undoing Roosevelt’s legacy, too?

For someone who keeps talking about how much you admire Theodore Roosevelt, you’ve got a funny way of showing it.

Maybe you can explain this to me next time we are at Moose’s. I’ll buy the beer. You buy the peanuts. Good luck at the new job.