8 ways to hunt rabbits and squirrels in the snow. 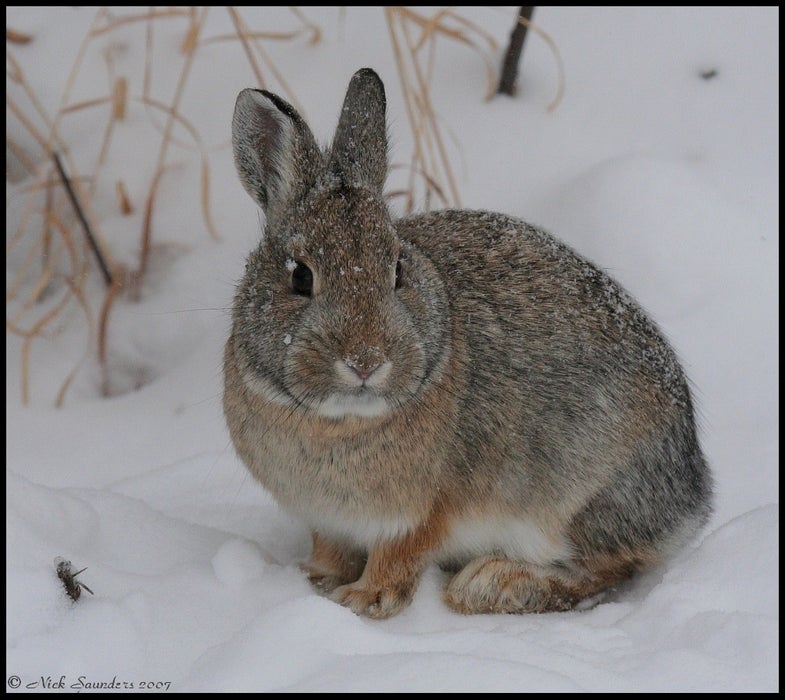 Furthermore, for those without dogs there’s no better time to hunt rabbits and squirrels. New snow will knock down blinding cover, limit hiding spots and open up more shots. Here are eight tips to help you win at the snowy small-game shootout.

1. Hunt when it’s cold, but not too cold. Veteran rabbit hunters know that cottontails become more active when the mercury drops below freezing. However, if Old Man Winter really kicks in and temperatures drop to almost 0 degrees Fahrenheit, you may as well stay inside. Rabbits will hole up during these cold snaps, but they’ll be back out once it warms up just a little. You should be back out, too, chasing these energetic hares.

2. Hunt early or late. No matter the season, rabbits are most active during the early morning or late afternoon.

3. Hunt new snow. Rabbit tracks are easy to spot in new snow. Resting rabbits leave small circular foreprints, side by side, with more widely spaced oblong hindprints to the rear. If the foreprints are staggered, then the rabbit was running and its hindprints will actually touch down in front of its foreprints. Don’t make the mistake of following a running rabbit track in the wrong direction. The hindprints will lead the way. Follow single tracks until you find a convergence of trails. Then look for the closest escape cover. 4. Focus on escape cover. During the early season rabbits have plenty of cover and food. Since rabbits will eat almost anything, food is still fairly plentiful late in the year; cover is at a premium, however. The best escape cover is made up of a maze of woody cover, low to the ground. Thickets and brush piles are examples of good habitat.

5. Start with snowy tracks. Squirrel tracks resemble those of cottontails, in that the hind feet of a bounding bushytail extend in front of its forefeet. However, squirrel tracks are smaller than rabbit tracks, and the distance between their foreprints is similar to the distance between their hindprints. As with rabbits, follow single trails to convergences. Then, instead of looking for escape cover, look up at tree branches.

6. Look for exposed homes. Squirrel nests are much easier to spot without the camouflage of autumn leaves. Squirrel nests can be distinguished from bird nests by the leafy matter used to build them. Squirrels also take up residence in tree hollows.

7. Find mast crops for squirrels. Even though this is a late-season hunt, it would be foolish to overlook the importance of mast crops-particularly acorns, hickory nuts and beechnuts-which are a staple for gray squirrels across Eastern forests. The same early-season hot spots are worth a second look during the late season. Besides tracks, look for holes in the snow where the squirrels have dug up nut caches. Amazingly, squirrels can smell buried nuts through a foot of snow.