Nebraska is for Deer Hunters

If you’ve been clicking through the Outdoor Life website you’ve likely come across the huge typical whitetail shot near Loma,... 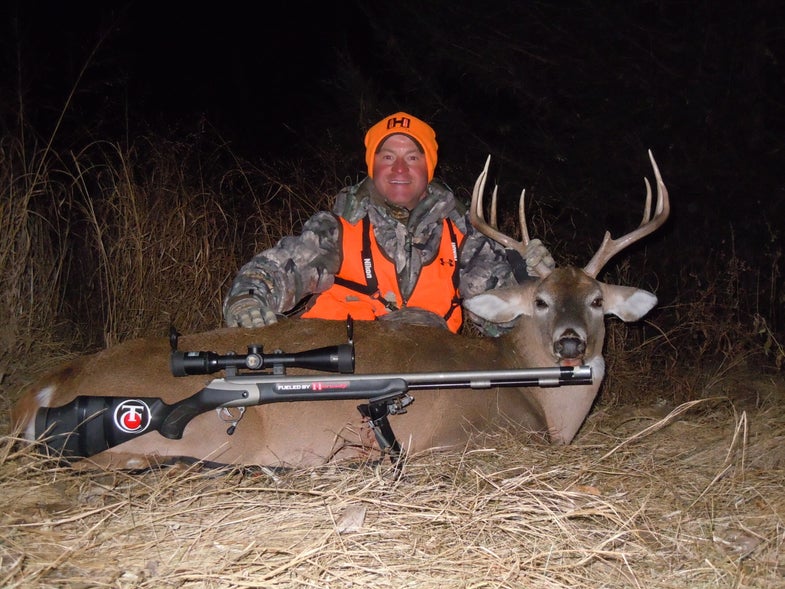 If you’ve been clicking through the Outdoor Life website you’ve likely come across the huge typical whitetail shot near Loma, Nebraska, this season. It was shot by Kevin Petrzilka and reportedly green scores 203 4/8 points. That’s world class in anybody’s book.

I just returned from a muzzleloader hunt in southwest Nebraska and if you’re not tuned in to the whitetail hunting in the Husker State you’re missing out.

Nebraska has opportunities for archery, rifle and muzzleloader hunts with long seasons and liberal license allocations. Archery and muzzleloader licenses are unlimited and firearm licenses are easy to secure if you apply during the appropriate window. You can discover more information at www.outdoornebraska.ne.gov.

In addition to guaranteed hunting opportunities Nebraska has a diverse collection of terrain for whitetail hunting. Eastern areas such as where the giant typical was shot this year have a vast amount of agricultural, but also wooded creeks and rivers crisscrossing the landscape. Western areas can be as open as any prairie described in Laura Ingalls Wilder’s “Little House on the Prairie” books, but prairie riparian zones and irrigated crops boost whitetail numbers.

I hunted along the Republican River and couldn’t believe the deer density in the region. I estimate the average density to easily be at 20 deer or more per square mile along the river. Most days I’d see anywhere from 30 to 50 deer at minimum. Of course the name of the game in late season was food so I hunted thick cover bordering picked fields of corn, soybean and wheat. All were being visited equally, but the mature bucks were not tripping over themselves to be seen in daylight.

Finally, on the last evening of my hunt a nice 4×4 revealed itself for a few seconds in a wooded opening next to a cornfield. In an instant I had my Nikon riflescope on the buck, but he felt uneasy and started sneaking back into the cover. I barked like a coyote and the buck paused one more time for me to light the fire on my Thompson Center Triumph. The Hornady bullet put him down a few seconds later in midleap.

After seeing the photos of the world-class typical and experiencing another great hunt in Nebraska, you can bet I’m keeping it on my travel schedule for 2011.
(Petrzilka is not shown in this photo)