Is Wisconsin the Best State for Trophy Deer Hunting?

Sorry Iowa, Texas and Kansas, Wisconsin is now the best state for trophy deer hunting, at least according to the... 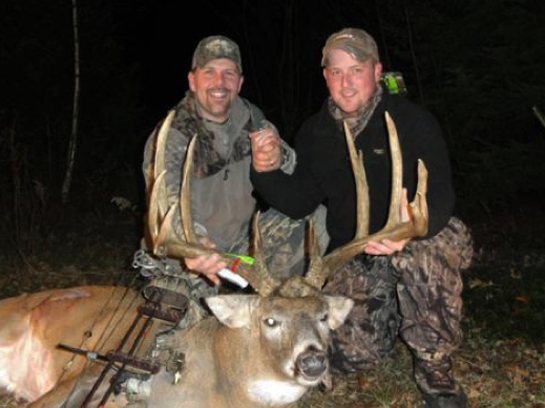 Sorry Iowa, Texas and Kansas, Wisconsin is now the best state for trophy deer hunting, at least according to the Boone & Crockett club. The club recently issued a press release stating that the number of trophy deer taken in the Badger State has risen by 857 percent over the last 30 years. And during the last five years (excluding 2011) Wisconsin hunters entered 383 bucks into the book. That’s higher than any other state.

The B&C Club also reported that the number of trophy deer taken has risen nationally by 400 percent over the last three decades. There are several reasons for this including: better management practices on private and public land; a shift in hunter attitude away from meat hunting; a better understanding of deer genetics and nutrition; and hunters being more willing to submit their trophy bucks to B&C.

Of course, there’s not a booner buck taking an afternoon nap in every alfalfa field in Wisconsin (trust me, I’m a cheesehead). Hunting is still tough on public land and in some regions of the state hunters struggle to see any deer, let alone a record book qualifier. Also, many Wisconsin hunters argue that the large wolf and bear populations are making too big of a dent in deer herds in the North.

However it’s hard to argue with the numbers. And big bucks aren’t just coming out of the legendary Buffalo County in Western Wisconsin. The new state record archery buck (pictured) was killed in 2010 outside of Appleton, in the eastern part of the state. In 2011 Jeff Webber took an enormous 15-point buck outside of Appleton that threatened the state record but didn’t pass it.

What’s your opinion? Is Wisconsin the best state for trophy whitetail hunting?