The record books have been rewritten in the past decade. Here are the stories from the new record holders of... 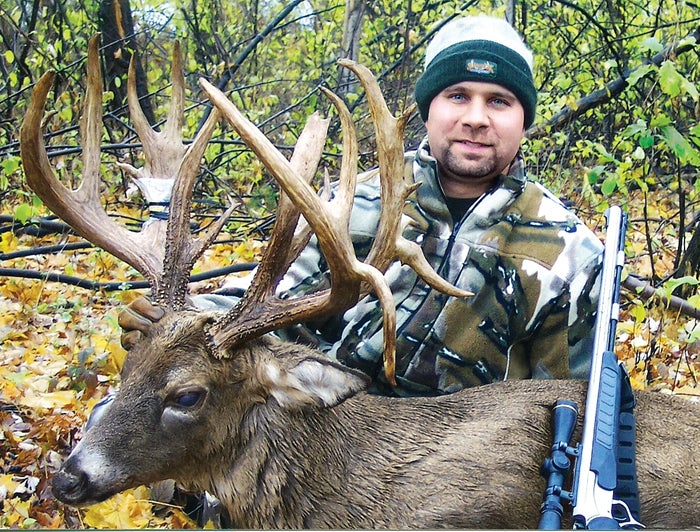 Hunter: Keith LeVick MegaBuck: 22 Points, 221 Non-Typical Whitetail Place: Niagara County, New York Year: 2007 Equipment: Muzzleloader Rifle Rank: No. 1 State Muzzleloader Non-Typical, No. 3 All-Time State Non-Typical "I first saw this buck on film from a trail camera I'd put up between a field and a bedding area in June 2007. He showed up again in July, and by fall my wife, Jackie, and I pretty well knew where we wanted to bowhunt him. Except for the one time I saw him a long way off chasing a doe, however, that was it. I figured somebody might get him in gun season, and I eased up on him. On November 20, I was meat-hunting with my muzzleloader, hoping to get a doe, when the buck just showed up behind a doe that was headed for the wheat field. I let him get in range and shot. He had 22 scoreable points. I've taken a dozen or so Pope and Young and Boone and Crockett bucks that scored between 120 and 160, but nothing comes close to him. "My wife and I moved to central Wisconsin in 2008, mainly because the economy and the hunting are better there. Jackie and I especially like to bowhunt, and last year we saw a bunch of 140- and 150-class bucks on this place where we have permission to hunt. In New York, you might go all year and not see more than seven or eight average bucks. People in Wisconsin are nuts about deer hunting. It's my kind of state." *Notable Fact: LeVick's buck ranks third among New York non-typicals. The record, set in 1939, is 2442⁄8.
SHARE

The record books have been rewritten in the past decade. Here are the stories from the new record holders of how these deer have changed their lives.