Very rarely will a pike nibble on your bait—it’s an all-or-nothing strike. I’ve never caught any real monsters, but I... 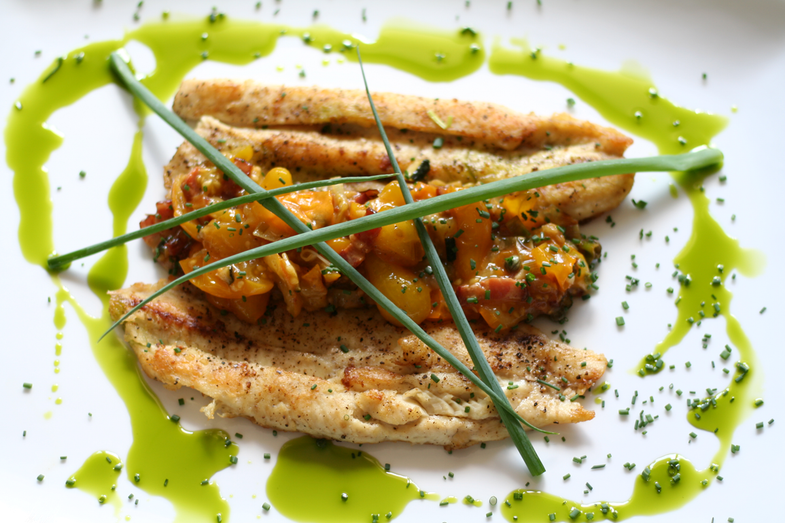 Very rarely will a pike nibble on your bait—it’s an all-or-nothing strike. I’ve never caught any real monsters, but I have caught a few in the 8-10 pound range and man, do they put up a fight. That’s one reason they’re my favorite fish to catch in Minnesota. The other reason is that they’re one of my favorite to eat.

Their firm white meat has a very neutral flavor and they hold up well to most kinds of cooking. Pike do have an interesting bone structure that makes them a bit challenging to prepare, but I have found a couple of techniques for dealing with those bones. The first is a technique for filleting the fish around the bones that leaves you with five boneless fillets. Another option is to pickle them. The vinegar used in the pickling process softens the bones to a point that you can eat them without even noticing they were ever there. I have also tried smoking pike and picking out the bones which works okay as well, but it is a little tedious.

Not long ago, I caught a really nice 25-inch northern on Leech Lake. When I brought it back to the resort where I was staying, the owner offered to clean it for me. I usually do all of my own knife work, but I was feeling lazy and decided to let him get after it. 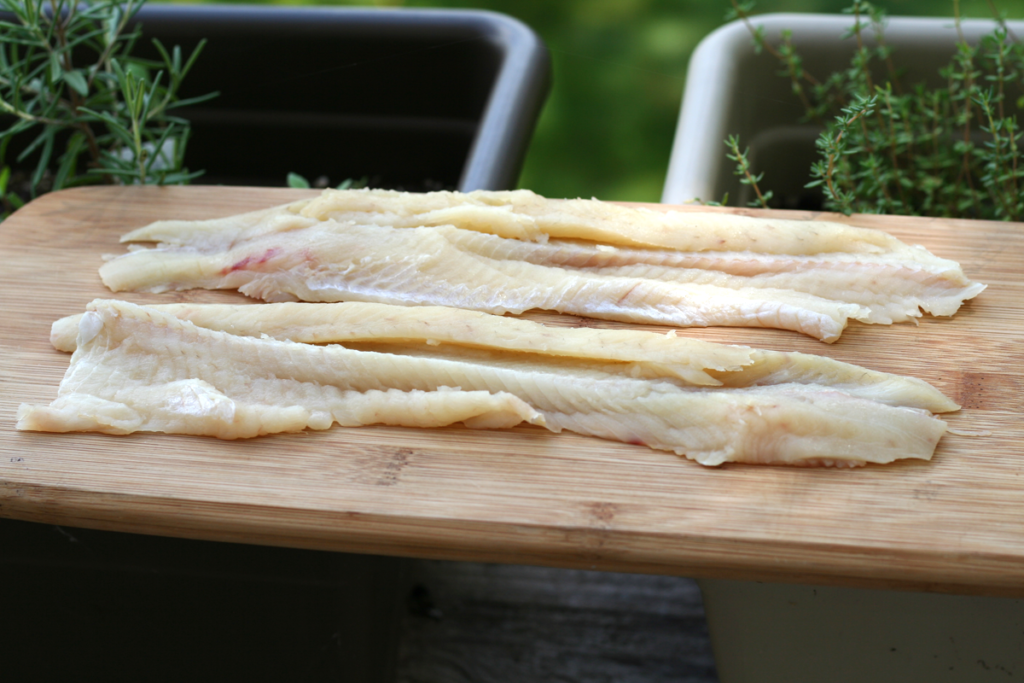 But when I asked if he could do the five-fillet method, he told me he wasn’t allowed to do that. With his resort license he can package the fillets with the skin off, but they must remain whole—he isn’t legally allowed to break the fillets into multiple pieces. But he explained he could fillet the fish, bone-free, in a whole, single fillet. I was curious how he was going to accomplish this, so I paid close attention. After cutting the whole fillet off the body with the belly facing him, he found the Y bone and gently ran his knife along the top of it. Once the knife made contact with the bones, he turned the blade away from him and followed those Y bones toward the top of the fish. He then made an incision about a quarter-inch below the first and cut under the Y bone following the bones from underneath. Then all he had to do was grab that small strip of bone meat and pull it out. He then skinned the fillet and the whole fillet came off in one piece.

This blew my mind. I had no idea you could do such a thing. I had to get back out fishing just so I could catch some pike and give this new method a try. I have been using this new technique on every pike I’ve caught since, and I’m starting to get the hang of it. You really have to go slow so that you can feel the bones and not cut through them, but it’s fairly simple to learn. For this last batch of pike, I chose to pan roast these whole fillets in a little olive oil with salt and pepper and serve it alongside a bacon and tomato ragu. 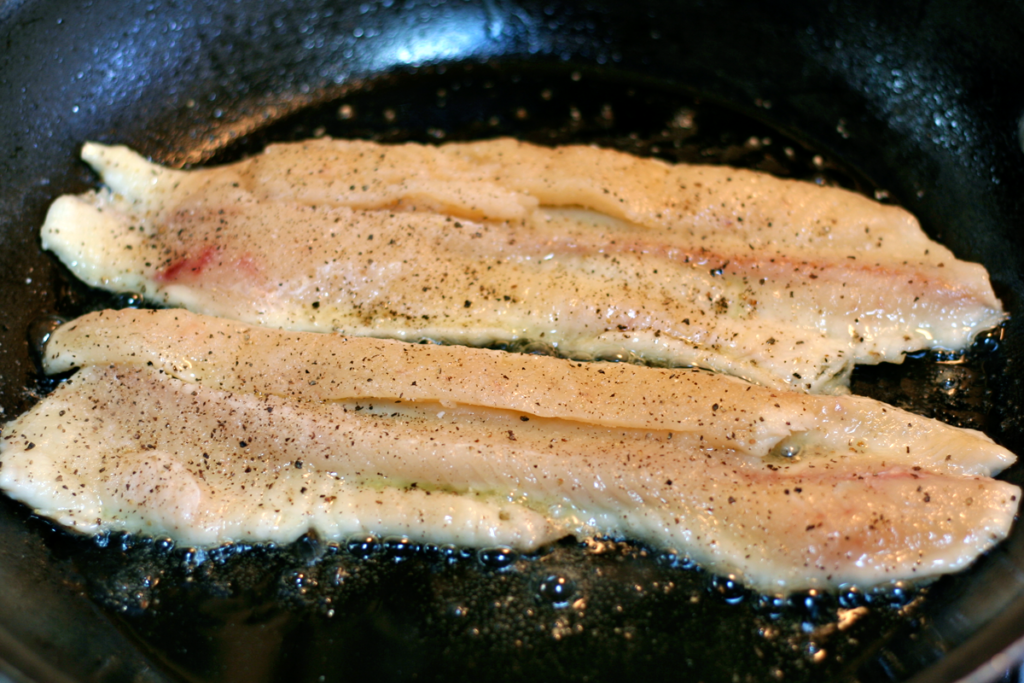 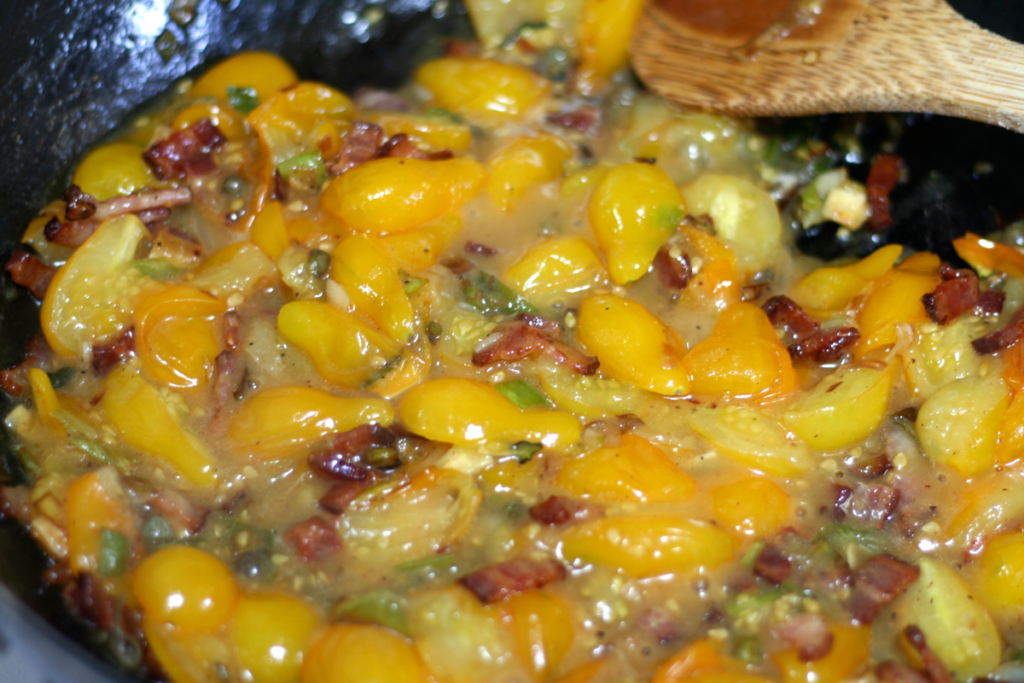 Have your oven preheated to 375 degrees. Liberally salt and pepper the fillets. In a large fry pan, bring 2 tablespoons of olive oil to heat over medium high heat. Gently place the fillets in the oil and cook for 3-4 minutes until a light brown crust forms. Flip the fillets over and place in the oven for 5 minutes. When you remove the fillets from the oven, they will have a light golden brown color and the edges will be slightly crispy. Serve the fillets with the bacon and tomato mixture served on top or on the side. Garnish with some chives and green onions. 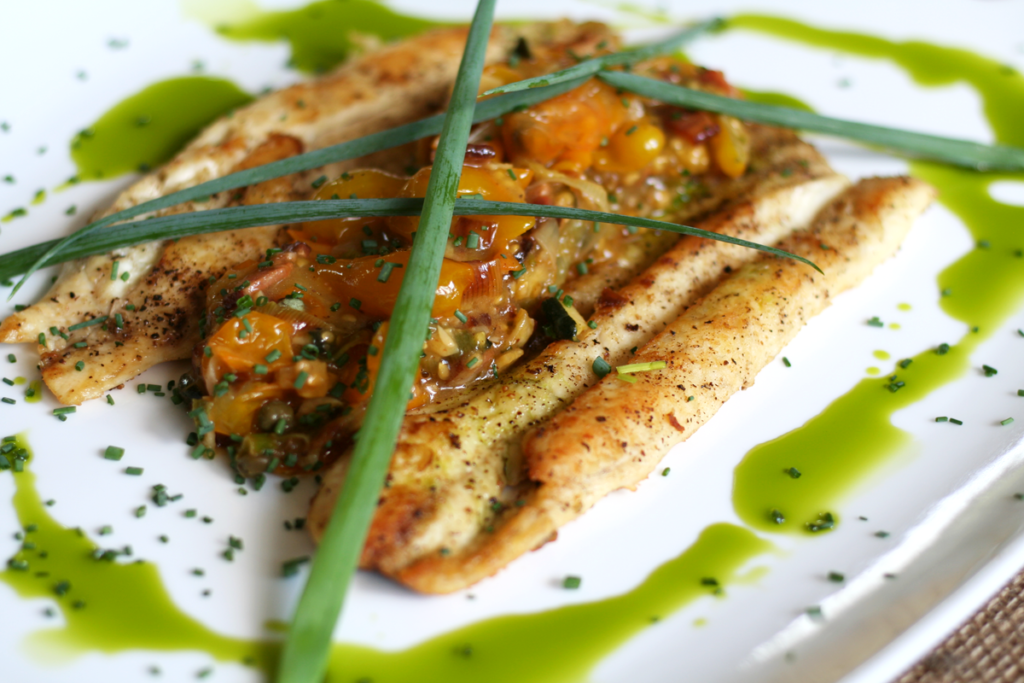