A Recipe for Smoked Fish Cakes

This has been a rough year for ice fishing here in Minnesota. It didn’t get cold enough to make ice... 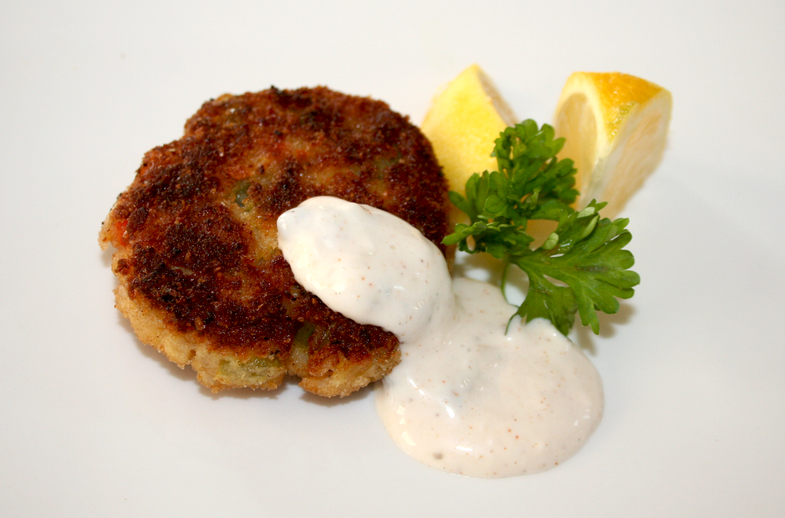 This has been a rough year for ice fishing here in Minnesota. It didn’t get cold enough to make ice until the beginning of December and then it warmed up again. Conditions were often unsafe and there were many reports of vehicles breaking through the ice. When the ice did form, it formed inconsistently and we received still more reports of vehicles sinking.

When I finally got out ice fishing in early February, the ice I was fishing measured about 18 inches thick. (In a good winter it’s usually 24 to 30 inches thick there). I like ice fishing as much as the next guy, but I’m not willing to sacrifice a vehicle (or my safety) to get out there. We opted for his four wheeler instead of a truck, like everyone else was driving. We were fishing a remote lake in the northern part of the state, and started caching fish right away. Small crappies were biting, but nothing big enough to keep. We moved several times, hoping to find a hole where the big slabs were hiding but never found any. We probably caught 40 fish—none any bigger than the palm of my hand. 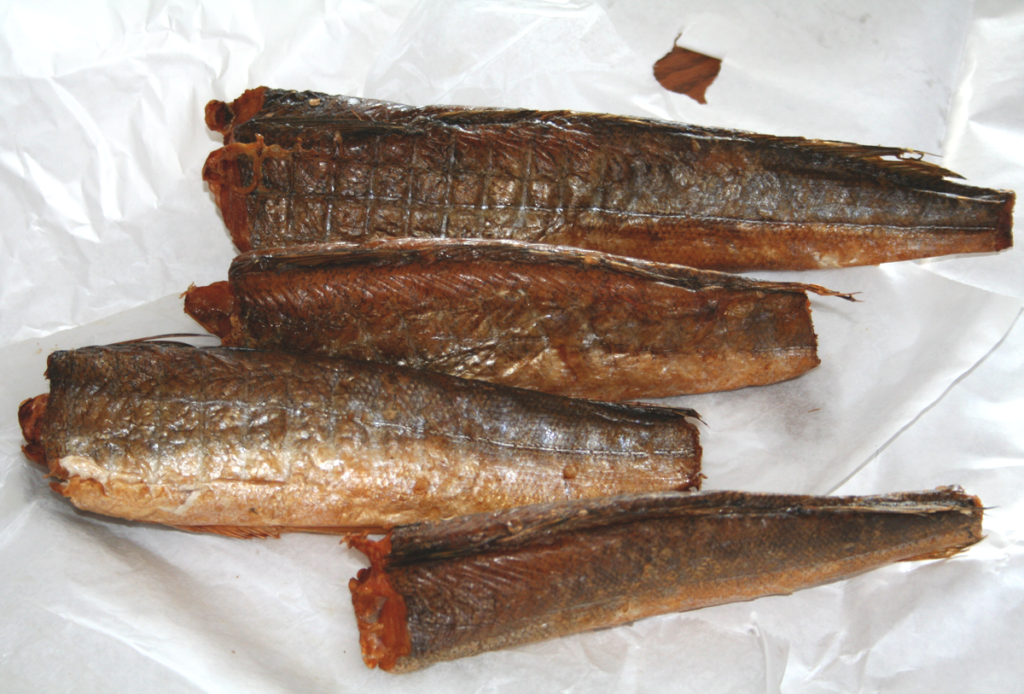 Lucky for me, Morey’s fish house wasn’t too far out of the way, and I was able to stop in a pick up a couple pounds of goldies. Ever since I was little my dad would always stop at Morey’s whenever we were going through Brainerd, and always for some smoked goldies. They’re an Atlantic whiting that has a really nice white flesh with a great texture and flavor. 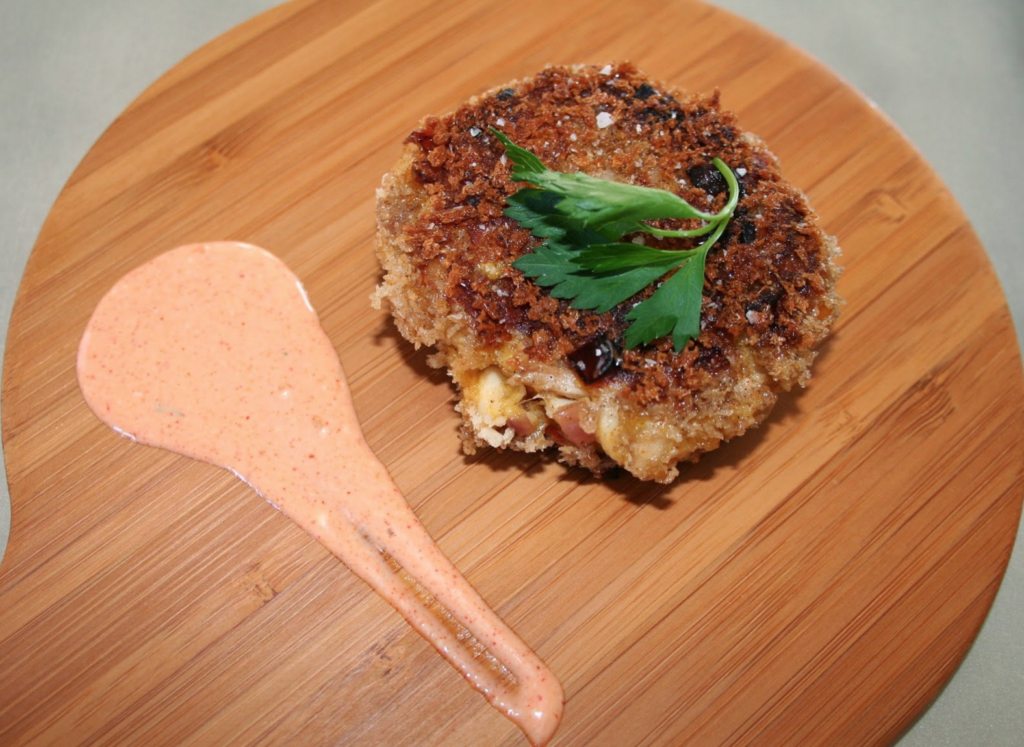 Here’s a walleye cake I made a few year’s ago. You can find the exact recipe for it on my blog.

So while I really like making fish cakes from fish I manage to catch myself, I at least had a backup plan. They’re a great way to use leftover fish, and the idea of substituting smoked fish only made sense. I figured the smoked meat would give the cakes a little more flavor, and I was right. I’m certain you could use any kind of smoked fish you wanted, so this recipe is ripe for tailoring to your own tastes. This spring I am going to try to catch some carp, smoke them, and give this recipe another go. I’ll let you know how I fare. 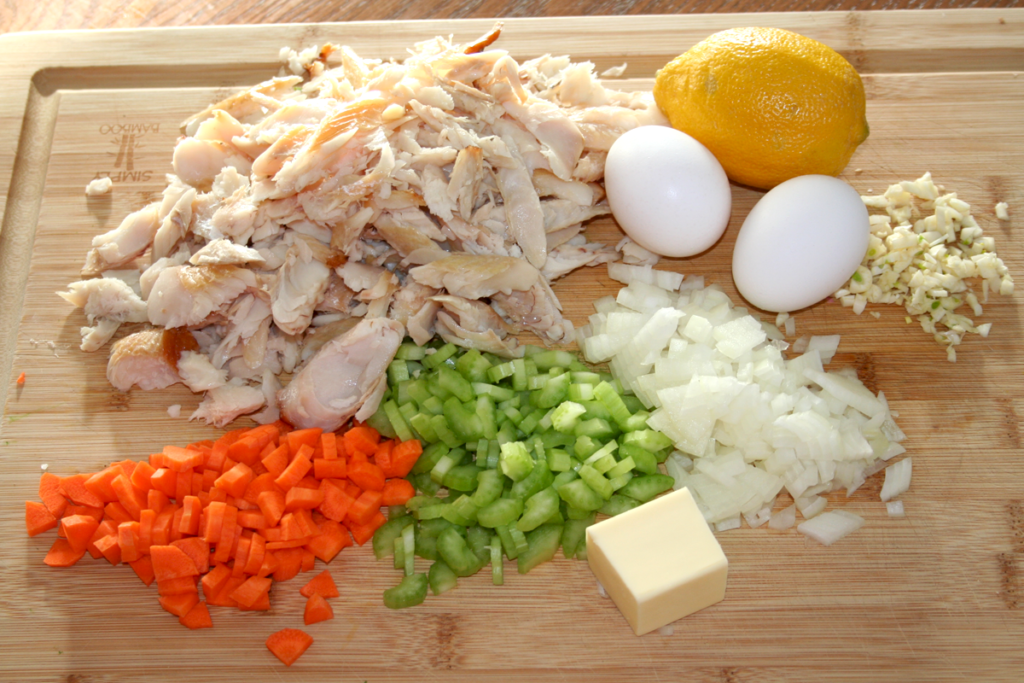 METHOD
Melt the butter in a sauté pan. Add the carrots, onion, and celery. Cook for 3-4 minutes until the carrots begin to soften, then add the garlic and cook for one minute more. Allow the vegetable mixture to cool then add it to the smoked fish along with the lemon zest, lemon juice and old bay and saltines. Beat the eggs and then add them to the mix, fold the mixture gently but make sure it is mixed evenly. Form patties and roll in bread crumbs. Pour about a quarter-inch of oil in a frying pan and heat. Fry the patties for 3-4 minutes on each side until golden brown.

I served mine with a lemon caper aoili, but regular ol’ Hellman’s Tartar sauce is just as good.