Forget the Bones: How to Smoke Northern Pike and Make a Tasty Dip with It

We may earn revenue from the products available on this page and participate in affiliate programs. Learn More › Last... 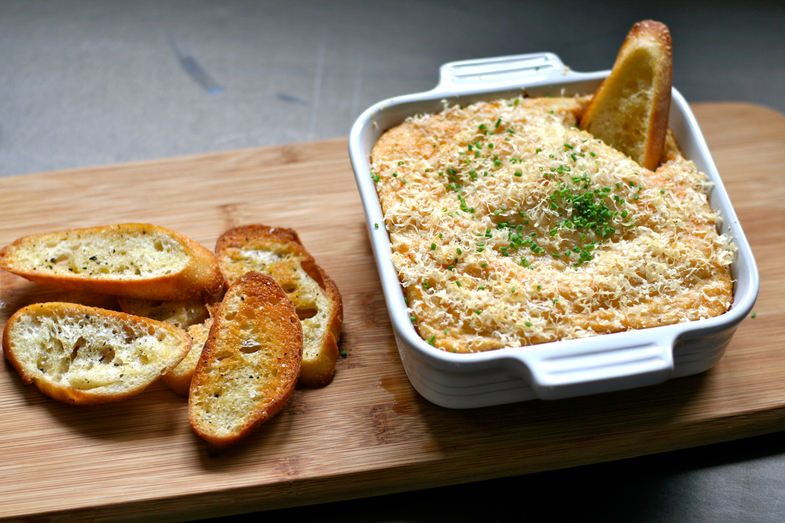 Last week was the Minnesota fishing season opener and, like most of the fishermen here in Minnesota, I was out on the water. The majority of those anglers were trying to catch walleyes, many of them starting right at midnight Friday night to get a jump on everyone else. Twenty years ago when my grandparents had cabins on Leech Lake, we would participate, too. These days, however, I’m not much of a walleye fisherman. Instead, my main focus is on northern pike. They are by far my favorite fish to catch and are equally good table fare—they just require a little bit more effort to clean.

On opening day my brother, two friends, and I tried a lake we had never been to previously. I noticed a sign next to the boat ramp that asked for all anglers to keep smaller northern pike. Apparently this lake was overpopulated with pike. The sign asked that fishermen keep pike under 24 inches, and let the larger fish go. I had a feeling we were in the right spot. 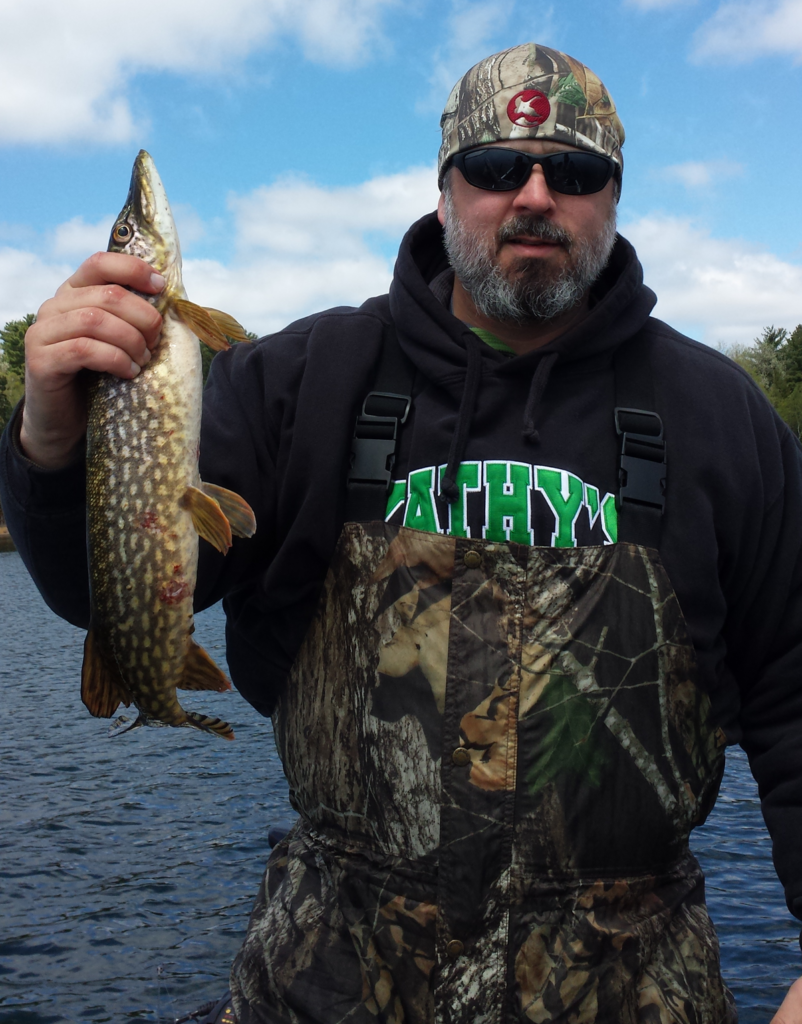 Right after getting out on the lake I caught my first pike, a nice 23-incher that looked like it had been in fight with something. By the end of the day we had boated five pike between 21 and 25 inches long. Only the one was above the 24-inch suggested release. My buddy also caught a beautiful lake trout right before we called it a day. I couldn’t have been happier with the results: lots of pike to play with in the kitchen. 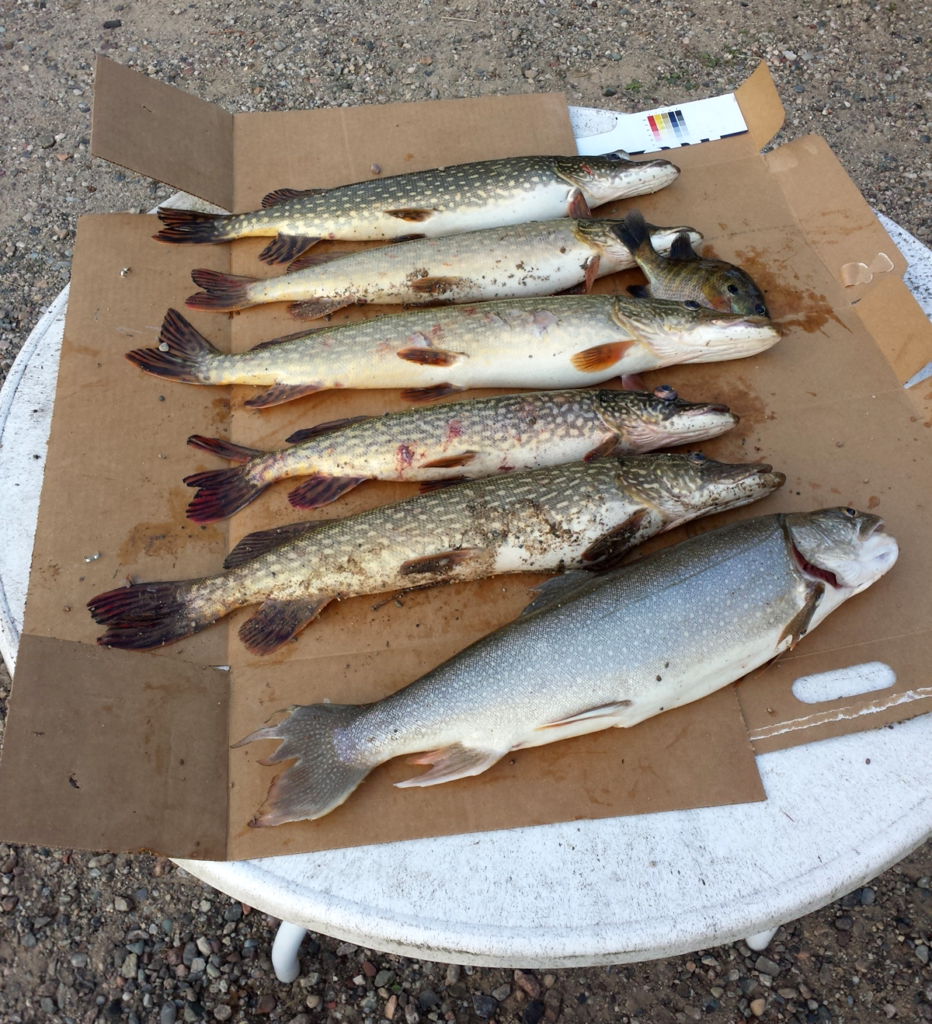 Now, I have met a lot of people who don’t like pike; some even consider it a trash fish. I have heard many complain that they taste bad or are inedible. None of that is true. Pike do have an interesting bone structure that makes them very difficult to clean and debone. Along with the rib bones, they have a long slender Y bone that runs down two-thirds of their body. Trying to find a way to cut them out is very tricky. I have seen a number of methods and have found the five-fillet method is the easiest. The only problem with it is you lose a lot of meat cutting around the Y bone. There is another technique that involves a lot of precision to fillet out the Y bones and remove a whole strip of meat. I have tried it several times but am not very good at it, and you still lose a lot of meat with the bones.

The other option is to find ways to fix the meat where the bones aren’t a problem. One of the most popular ways to eat them is to pickle them. The vinegar then softens the bones and makes them edible. The French make pike quenelles, where the meat is ground up and pushed through a tamis, which sifts out the bones. The pike is then mixed into a batter and formed into quenelles (small football-shaped dumplings) and poached. Pike have a firm white meat that is as good as any walleye I have ever caught.

As another means to ignore the deboning problem, I recently started thinking about smoking them. I can’t remember in my life if I have ever seen smoked pike anywhere. I did a little research on the web and didn’t find a whole lot of info. I read that pike aren’t very oily and therefore don’t smoke well because the flesh dries out too much. I did find one site that said if you brine pike then smoke it for a short period, the fillets won’t dry out. So I mixed up a very simple brine and soaked the fillets for eight hours. After rinsing, I let them sit under a fan for about an hour to dry. Then I smoked them over apple wood at 180 degrees for two and half hours. When I removed them they were a perfect yellow-gold color and the meat flaked easily away from the skin. The meat had firmed up a little, making the Y bones stick out just enough to grab them with a tweezer. In about one minute I was able to pull all the Y bones out and had a perfectly smoked pike fillet. 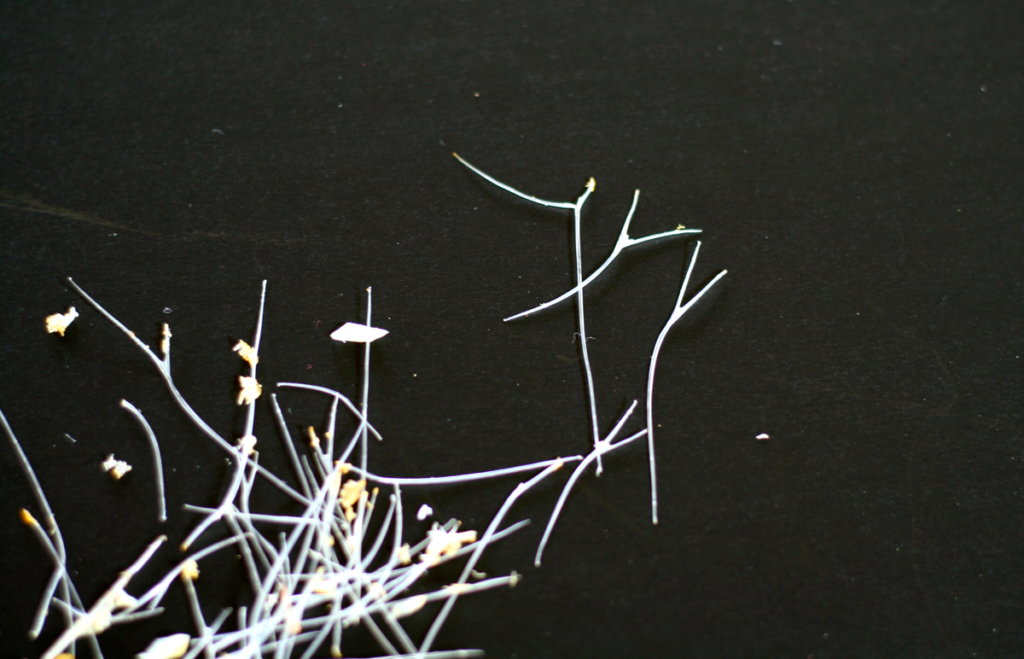 I had about two pounds of smoked pike and I decided to use the brandade recipe I have, substituting the pike for salt cod. This brandade is made by combining the fish with whipped potatoes, topping it with parmesan cheese, and baking in the oven to make a hot fish spread that is out-of-this-world delicious. 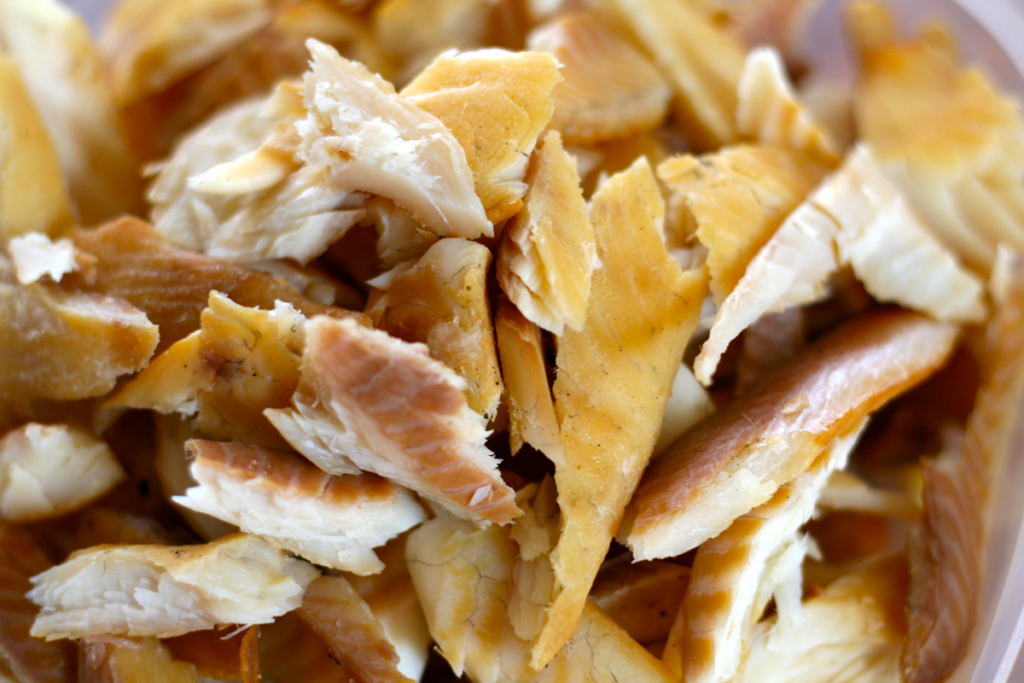 Bring the water to a boil and add all the ingredients. Stir until all the salt and sugar has dissolved then remove from heat and let cool completely. When the brine is cool, add the fish and soak for about 8 hours in the fridge. Rinse and dry the fish, then let sit out for about an hour. The fish will dry a little and the flesh will feel slightly tacky. Smoke the fillets over apple or alder wood for 2.5 hours at 180 degrees. 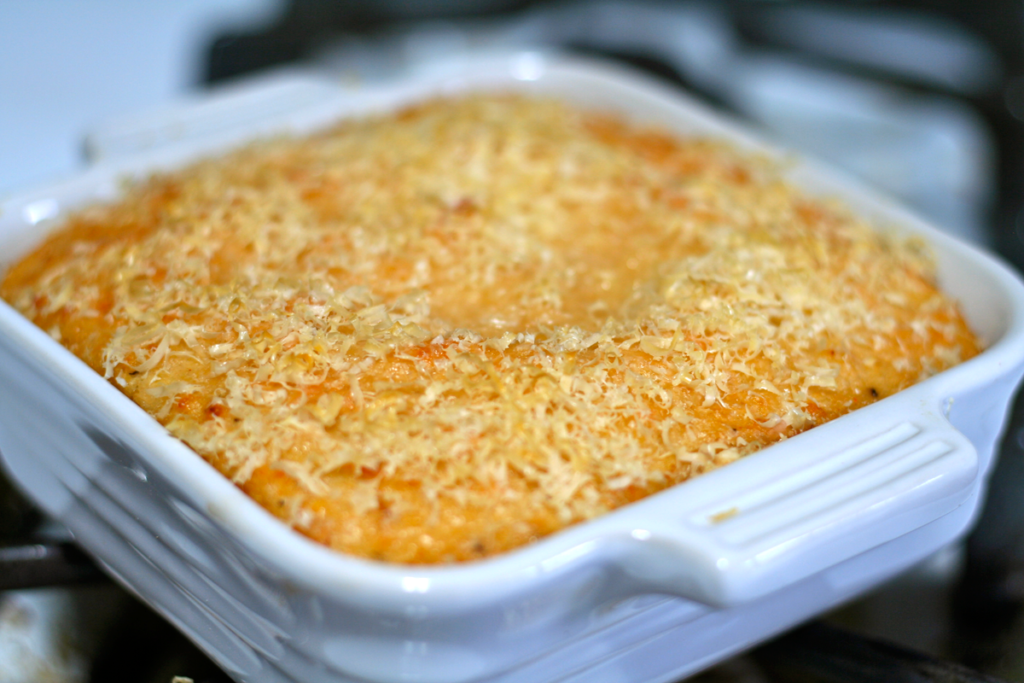 Place the potatoes in water and boil for 30 minutes or until fork-tender. Place the milk, garlic, thyme, and smoked fish in a sauce pan and bring to a simmer and cook for 15 minutes. When the potatoes are done peel them and place them in a food processor. Add the fish and milk mixture and pulse together. Add the lemon, chipotle, and black pepper and pulse together. Then slowly add the olive oil while running the food processor is running. Pour the fish and potato mixture into a 13×9 pan and top with parmesan cheese. Bake in the oven at 400 degrees for 25-30 minutes until golden brown on top. Serve with slices of baguette of other crusty bread.