Recipes for the Spring Smelt Run

Spring is full of rituals and traditions, for many spring means turkey hunting or morel mushroom gathering. A slightly less... 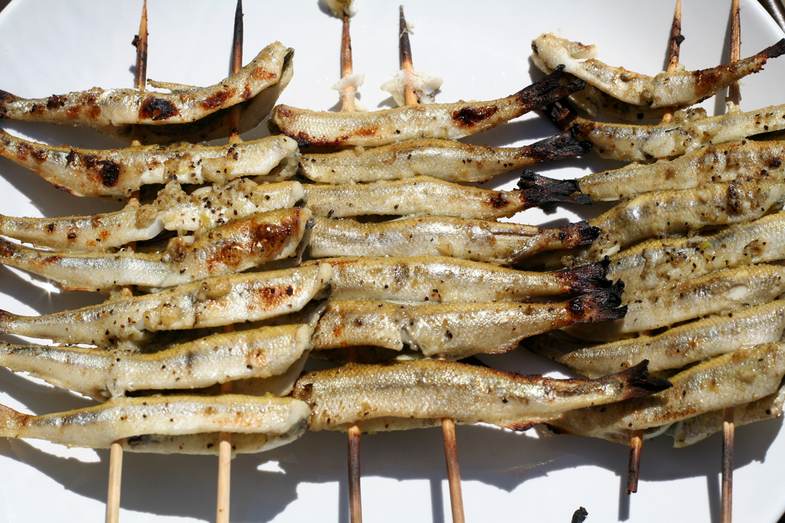 Spring is full of rituals and traditions, for many spring means turkey hunting or morel mushroom gathering. A slightly less known event happens on the north shore of Lake Superior. Every spring when the water temps in the tributaries push into the 40s, the masses start to migrate towards the water in the middle of the night armed only with dip nets in hopes of netting smelt.

Smelt are small cigar sized fish that invaded the Great Lakes in the early 1900s. There populations went unchecked for many years and they became an abundant and popular fish to target in the early spring. Back in the good old days people used to fill the backs of pick-up trucks with them and every local American Legion and VFW would put on Smelt Fry’s every Friday night. Smelt were so abundant and so popular that back in the 1950s, professional wrestlers would fill the wrestling ring with them and hold smelt wrestling matches. 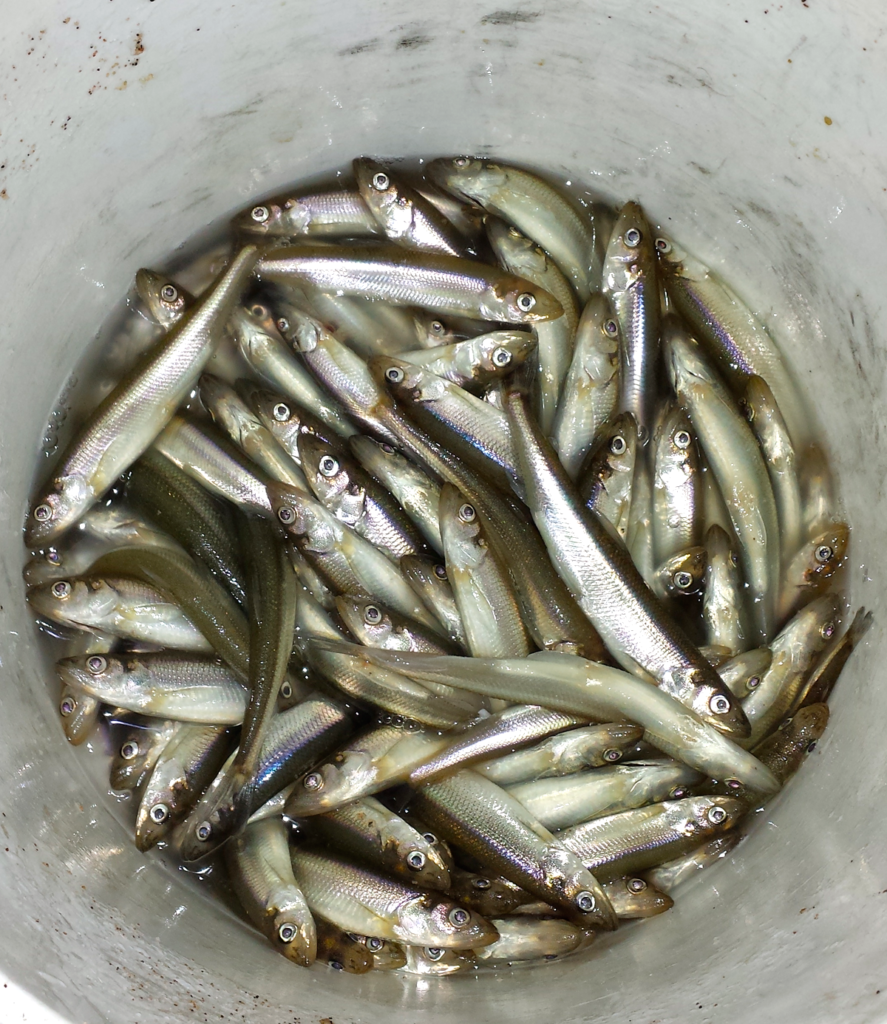 Catching smelt isn’t complicated. You put on some chest waders and grab a fine mess net and then head out into the water near the mouths of the rivers and dip net for them. Some people use a seine net to get them depending on where you are fishing. Smelt are sensitive to the light so they don’t come in until after dark. People start bonfires and have big smelting parties prior to going out. There is usually alcohol involved and when the first smelt is caught it’s tradition to bite the head off.

The “Smelt Run” as they call it doesn’t last long and if you are not there on the right night it can be a very cold, wet experience. Smelt numbers aren’t what they used to be but there are still plenty to be caught. For many years I made my way to the North Shore in hopes of catching smelt and year after year I kept hearing the same thing, “You should have been here last night it was awesome.” Last year I had friends that went out and in about 30 minutes filled 2 five gallon buckets full of smelt. The very next night, in the exact same spot they got 15. I am fortunate enough to have some friends that live in Duluth, MN and keep their eye on the smelt for me so I know when I should be there.

Some people eat them whole, heads and all, but I prefer to clean them a little bit. I just cut the heads off and then remove the guts and give them a quick rinse. The rest of the fish, scales and bones and all are edible. When you cook them it softens the bones so that you don’t even notice them. The most popular method for cooking them is to batter and fry them. They are really good that way but if the batter is too thick it will over power the smelt. I use a really thin batter and it works out well. The other way I really love them is to grill them. Because they are so small they will fall through the grates of most grills. I like to put them on skewers and then grill them. These were marinated in a Greek marinade and served with a ramp green goddess dressing. 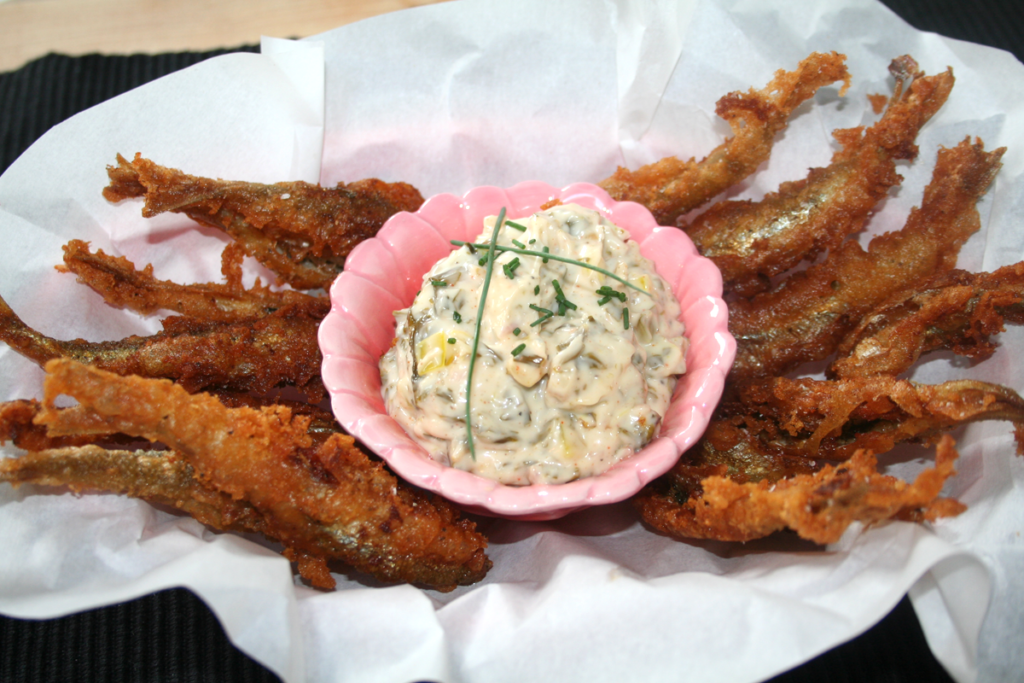 Mix all the ingredients for the marinade together and then add the smelt. Let marinade for at least 30 minutes and up to 2 hours in the fridge. Place the smelt on skewers and grill over high heat for 3-4 minutes per side.