Venison Shanks: How to Make Tender, Tasty Stew Out of Meat You Probably Throw Away

We were working around the butcher pole, four of us taking apart the New Zealand fallow deer we had killed... 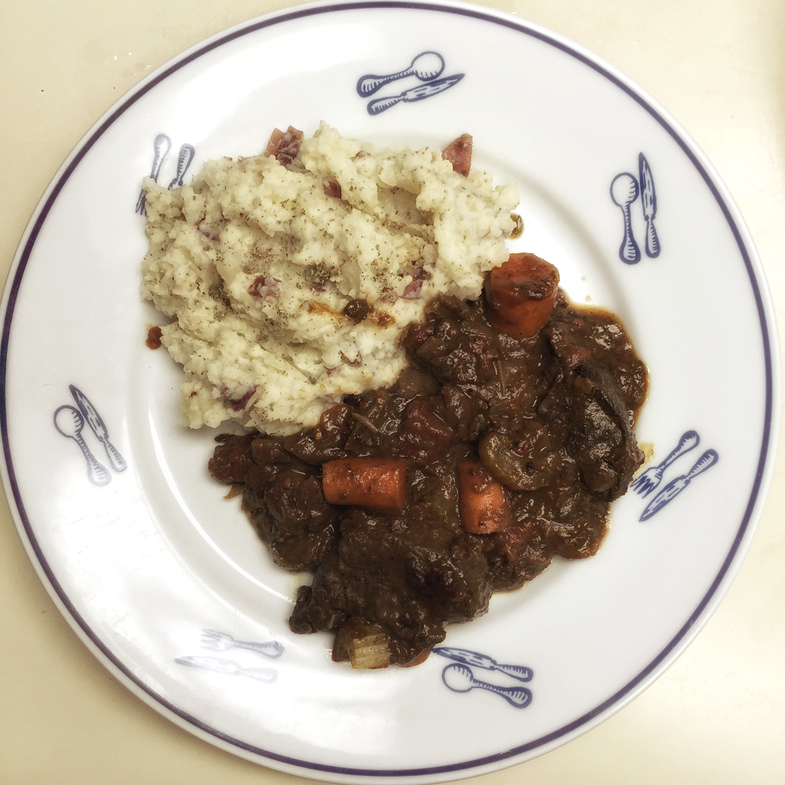 We were working around the butcher pole, four of us taking apart the New Zealand fallow deer we had killed earlier in the week. We had a problem: We could only take home the meat that fit in our Yeti Hopper 40s, and it wasn’t going to be everything. So as we cut and trimmed, we talked about what meat would make the trip home and which would be left behind with our hosts on the South Island sheep station where we hunted.

Loins would be part of our luggage, and a couple of nice shoulder roasts. But the other cut that, um, made the cut was surprising, because while I’ve long been a big fan of shanks, the sinewy meat from the lower leg of a deer, I hadn’t found many people who share my enthusiasm. But here were four of us who all chose shank meat over more obvious choices like eye of round or rump roasts.

I love shanks because they tend to be the tastiest cut of deer, but also because all those tendons that make them so frustrating for those who try to trim them melt into moist, velvety ribbons when they are cooked in low heat for a long time. That’s the secret of shanks: they tenderize when braised, or slowly cooked with a rich broth. As my friend and fallow shank evangelist, Tom Dickson, said once he discovered how to cook them, “I can’t believe I used to throw out the shanks. Now I wish for eight-legged deer so I can have twice the number of them.”

Here’s an easy and tasty recipe for shanks. This is the way I prepared my New Zealand deer for my family. It’s a riff off the classic Italian veal recipe called osso buco, but consider this just a starting point. You can change up the sauce, adding cinnamon, coriander, and cloves to create a Mediterranean-flavored stew, or add tomatoes and mole for a Mexican braise. The key is in the preparation: cutting the shanks across the grain to create medallions of meat. And it’s in the cooking: first browning the meat and then cooking it for several hours in a medium-hot oven with plenty of liquid. And here’s the other secret about shanks: the meal you make with it tastes even better the next day, as all the flavorful sauce further infuses the tender meat.

Step 1
Remove as much of the external muscle sheath as you can from the shanks, then slice each tube into 1-1/2-inch-thick medallions. Season with salt and freshly ground black pepper. I let these medallions sit for several hours.

Step 2
Preheat oven to 325. Slice bacon into ½-inch pieces and brown over medium heat on range in ovenproof casserole. (I use an enamel or cast-iron Dutch oven. The key is that it needs a tight-fitting lid.) Step 3
Remove browned bacon. Dredge the shank meat in dried potatoes (you can also use seasoned flour or bread crumbs) so they are completely covered, then brown the pieces in the bacon grease. You’ll need to do this in batches, ensuring that the meat pieces do not touch each other. As each piece is browned on all sides, remove from the oil, until all shank medallions are well browned.

Step 4
Add a little more oil to the casserole if needed. Add chopped onions and minced garlic. Stir in hot oil until translucent. 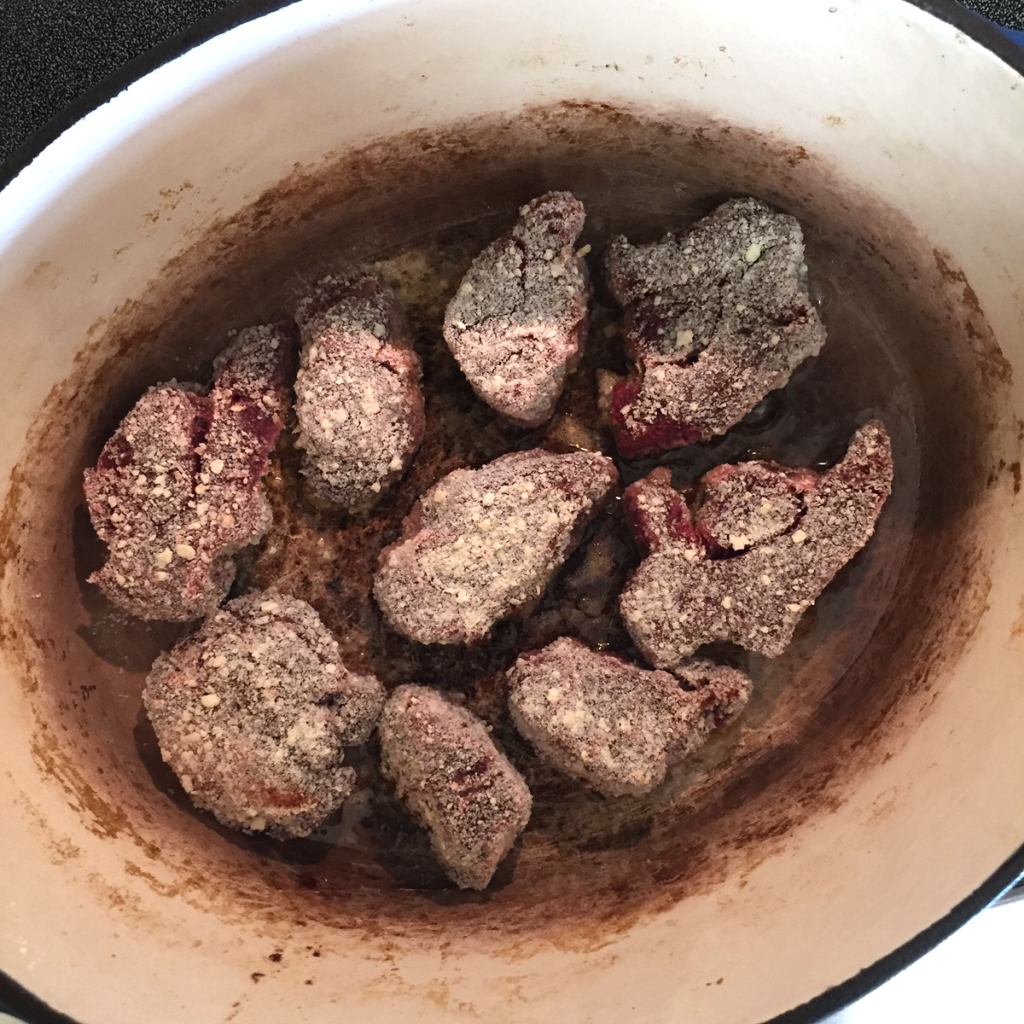 Step 5
Turn heat to high and add half a bottle of red wine to deglaze pan. As the wine bubbles and boils, use a large spoon to scrape all the browned goodies off the bottom of the pan. Turn off heat while you continue to deglaze. Return browned meat to the pan and coat with wine. Add can of diced tomatoes and the browned bacon. Then zest about a teaspoon of orange peel and add to meat mixture along with thyme, bay leaves, cinnamon stick, and oregano.

Step 6
Place covered casserole in oven and cook for 2 hours, checking every 30 minutes to ensure there’s enough moisture. Add mix of water and wine if it needs additional liquid.

Step 7
After 2 hours, remove the casserole and add chopped carrots and celery. Re-cover the pot and cook for an additional hour.

Step 8
After 3 hours, remove casserole from oven and check that meat is fork-tender. It should be falling apart at this point, but if it’s not, return to the oven until it does. Remove the cinnamon stick and bay leaves.

Classic Italian osso buco is served with saffron rice. Alternatively, you can serve this with buttered pasta. I accompanied my New Zealand deer with buttered mashed red potatoes dusted with rubbed sage. Serve the remainder of the wine with your stew and toast the lowly, and succulent, shank.