From Firing Line to Field: How This Dry-Fire Drill Will Put More Meat in Your Freezer

A hunt is made up of many parts, and hopefully culminates in the crisp break of a trigger. Although the... 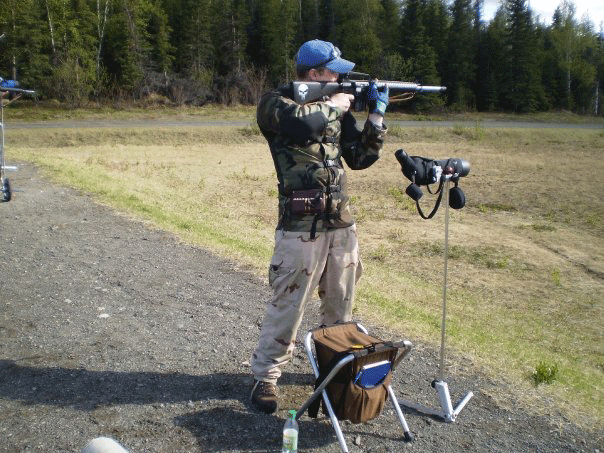 A hunt is made up of many parts, and hopefully culminates in the crisp break of a trigger. Although the shot is a small part of the overall hunt, it is arguably the most critical one, the deciding factor between relief and heartbreak. Occasionally, a perfect shot is presented, with plenty of time, and a rock-solid rest. However in my experience, many shot opportunities aren’t so perfect.

Sometimes a shot needs to be executed quickly, often with an improvised rest. If you’re prepared for that, you’ll be the one grinding meat rather than telling tales of the one that got away.
There are a million methods that promise to make you a better, quicker shot. This may be just one more, but dry-fire practice is probably the single biggest thing that helped improve my shooting. Dry firing is nothing new, and OL’s Shooting Editor John Snow wrote a great piece on many of the positive aspects of it, but here’s what it did for me.

I began my dry firing practice when I started shooting competitive service rifle. I practiced different shooting positions, but the majority of my practice focused on the standing position. Even with a shooting jacket, consistently hitting a 7-inch 10 ring with iron sights while standing is a challenge. The best of shooters will tell you that they can never hold a totally still, perfect sight picture. The key to consistent accuracy in standing or any other position is to program yourself to automatically pull the trigger as soon as the sight picture is right.

What I did to practice (since I was using iron sights) was pin a piece of paper on the wall with a small black dot that from a few feet back appeared as a 200-yard target would through my sights. I would go through my pre-shot routine, focus on my breathing and other fundamentals, and finally drop the firing pin on an empty chamber. It was very difficult at first, as I often found my sights already drifting off target by the time I heard the click. As I improved my form and shot process, I would find that more and more consistently, I “automatically” broke the shot when the dot was centered perfectly on top of my front post. This translated very well to the range, and my scores showed it.

There is a fair amount of good reading on cognitive thought (or lack thereof) during the shot process, most of what I’ve read is in respect to archery, but it’s applicable to rifle or handgun shooting as well. The idea is that during a properly executed shot, you don’t consciously tell your fingers to release an arrow or pull the trigger. It is more of a programmed response to a perfect sight picture that comes with lots of practice. As that sight picture lines up, your subconscious response is to break the trigger.

You might ask, “How is this applicable to me and my hunting?” Well, if you hunt very much at all, you will no doubt find yourself in situations that give you little time or room for error. Eventually, that giant buck or bull will stop for just a few seconds to look back, or pause in the one opening you are able to thread a bullet through. You don’t have to do any competitive shooting to train and prepare yourself in the same manner. Whether you use a scope or iron sights, try picking out a small target to aim at, and practice dry firing over and over, always striving for a perfect sight picture when the trigger breaks. You can customize your practice routine to whatever shooting positions you like, but the key is repetition. As you practice, over and over and over again, you will not only improve your shooting fundamentals, but you will program yourself to break the trigger at the exact moment the sight picture is correct without even thinking about it. You will be better prepared for the next time you find yourself out of breath and watching your crosshairs drift back and forth across the vital area, or any number of other situations.

It’s not a miracle fix, but I’ve found that it can often make the difference between watching an animal disappear into the woods forever, and loading it up in your backpack. I’ll never know for sure, but the ram I killed this year had spotted me just as I found him in the scope, and I don’t think he would have stuck around long. Fortunately I was able to make the shot quickly, and I honestly don’t even remember making the decision to pull the trigger. How many times have you had an animal take off into the ranks of those that got away just before your crosshairs settled?