Turkey Hunting Pro Tip: Learn to Shoot With Your Off Hand 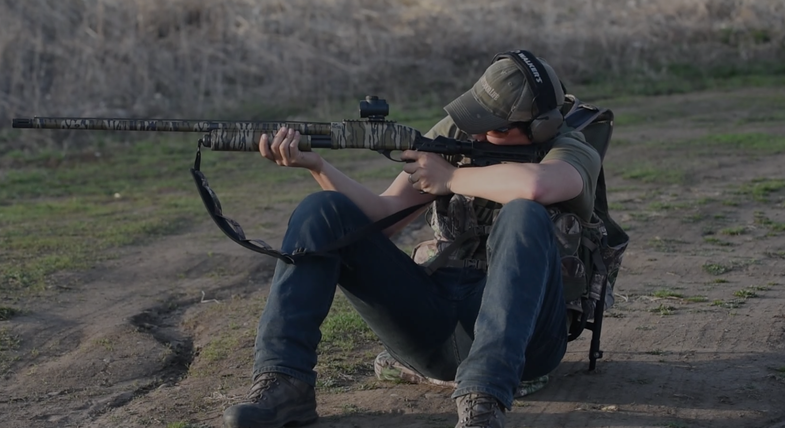 The first time I ever had to shoot left handed was at a long-range rifle class in Utah. It was one of my very first work trips for Outdoor Life and I was the youngest and least experienced shooter in the group. But, I was getting along just fine until our instructor told us to switch it up and shoot the rifle with our off hand.

This was a fairly advanced course taught by former military marksmen. The concept behind the drill was that, in a firefight, your strong side might get injured and to stay in the battle, you’d have to shoot from your weak side.

At first, I was a total mess. I couldn’t get the scope aligned with my left eye properly. My left hand was obstinate and worked the rifle’s trigger gracelessly. Plus, my right hand always wanted to jump on the rifle’s pistol grip after working the bolt. But after about a half-hour of practice, I was able to unravel those hardwired tendencies, and eventually I was able to shoot paper-plate sized groups at 100 yards from the prone position. Was this precision shooting? Definitely not. Was it good enough to keep the theoretical bad guys from overrunning our position? Possibly.

I’ve taken the lessons learned that day and applied them to a much more practical (at least for me) scenario: turkey hunting. My right arm and eye have never been injured during a firefight with a charging tom, but I have had longbeards sneak in silently from over my right shoulder—and I bet you have, too.

If you can shoot left-handed, you can stealthily switch the gun to your left shoulder, turn, and shoot. This involves way less movement than rotating your whole body and trying to shoot right-handed. The real secret to shooting left-handed is simply to practice. Dry firing a few times certainly helps, and so does a red dot sight, which allows you to shoot with both eyes open. When you’re able to shoot with your off hand consistently, you might have a different point of impact than you do with your strong hand. Take note of that and make sure to compensate in the field.

Now, every time I shoot my turkey gun I try to bring some target loads and practice a few shots with my off hand. I’m still not ambidextrous by an means, but I can shoot consistent patterns at 20 yards. It might not look pretty, but it’s certainly good enough to keep any gobbler from overrunning my position.