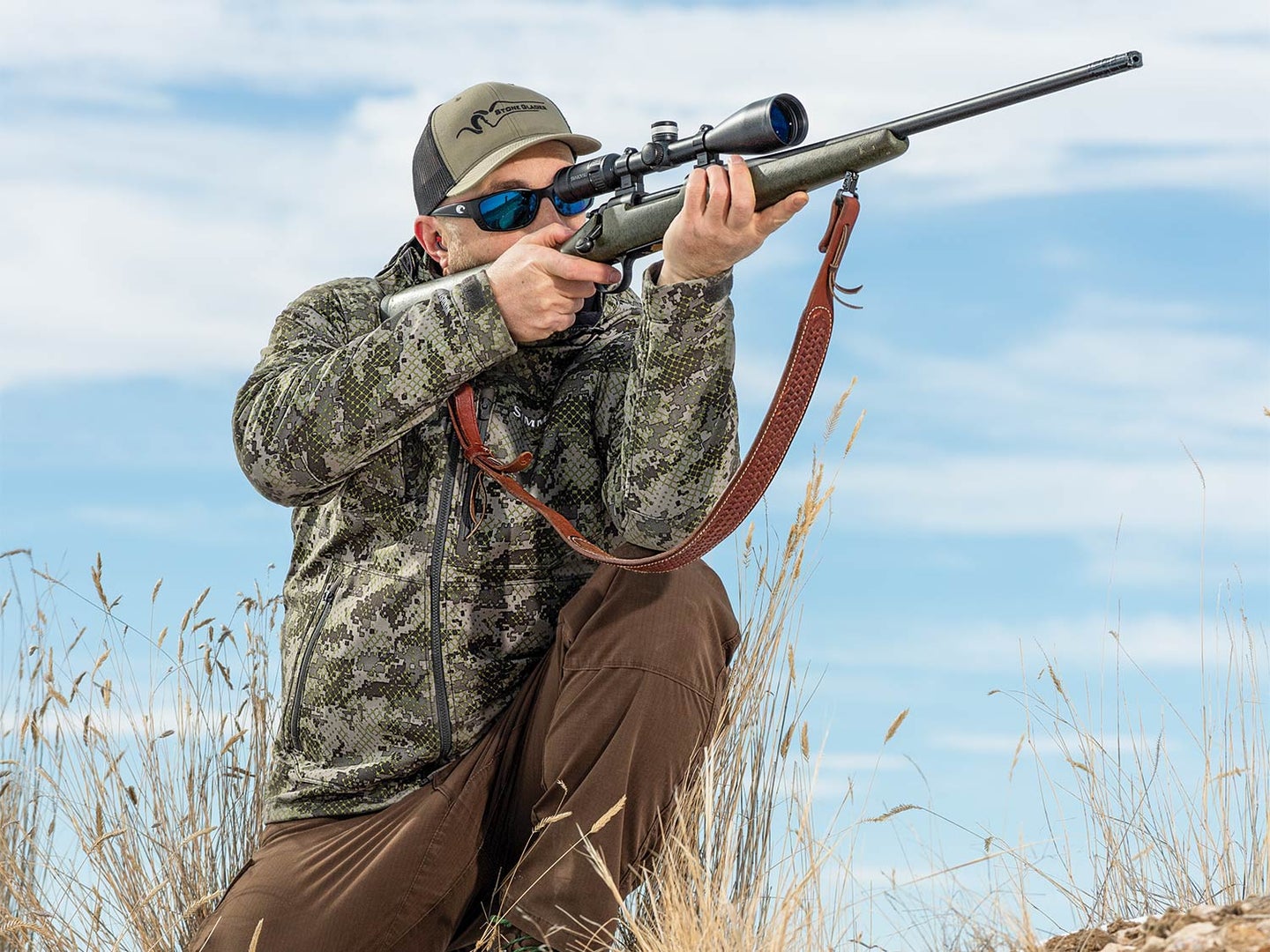 Snow prepares to put a round downrange from the kneeling position. Bill Buckley
SHARE

I recently had a conversation with a hunter who was telling me about the rifle he bought a couple of years ago. He said he’s put seven shots through it—four at the range to zero it, and another three on the three animals he’s killed with it. I think he expected me to be impressed with his economy. I wasn’t.

Over the years, I’ve witnessed many hunters flub shots or miss opportunities because they weren’t adequately prepared for the moment. Most of the errors can be directly attributed to a lack of trigger time.

For anyone looking to avoid these pitfalls, I’d suggest making a commitment to improve your proficiency by practicing with your favorite hunting firearm before opening day.

What I’ve sketched out here is a plan to put 200 rounds through your rifle with a series of drills that will polish the skills you need for the field. This is spread over eight visits to the range, where you’ll shoot about 26 times per session—a manageable task.

The first order of business is to make sure your rifle is shooting to its potential. Purchase three boxes of different types of quality, premium ammo with various bullet styles and weights. Before heading to the range, give the rifle a thorough cleaning. (Also, give the rifle a cleaning after session 6.)

With the first 10 rounds, get the rifle on paper and establish a rough zero. This will also refoul the bore.

Next, shoot two 5-shot groups with each brand of ammo. Allow time for the barrel to cool between groups. Feel free to use aids such as shoulder pads to reduce felt recoil. This is your opportunity to work on trigger technique and proper breathing. Between groups, you can fine-tune your zero. By the end of this session, you will know which type of ammo your rifle shoots best. Go buy four more boxes of it to use in future sessions. If you have access to a chronograph, you can use it to get your muzzle velocity in order to make an accurate drop chart.

Use the leftover ammo for practice, and buy another four boxes of economical ammo as well. (Session 1)

The first shot of the hunt is the most important. Take a target and place five 1-inch dots on it. At the start of each of the next five sessions, your first shot will be taken prone at one of the dots. Dry-fire a few times before sending that first round downrange to make sure your technique is flawless. Shoot this with your preferred hunting ammo. (Sessions 2–6)

Place two rows of five 1-inch dots on a target. During each of these sessions, you’ll shoot 10 shots total. Start by shooting the dots in the first row from a prone position using a bipod or other rest. If your rifle holds only three rounds, use this drill to practice topping off the rifle when it runs dry. Focus on the fundamentals and recoil management. Stay in the scope, and try to get off five good shots in under 30 seconds.

Shoot the second five by starting from a standing position with the gun in hand. For each shot, you must drop to the prone position, get the rifle set up, and shoot in less than 10 seconds while making accurate hits. Use your premium hunting ammo for this drill. (Sessions 2, 4, 6)

During three different sessions, shoot 10 shots—30 all told—from the sitting position. Mix it up by doing the following 5-shot drills: shooting unsupported on paper at 100 yards; with sticks on paper at 100 yards; unsupported on steel at 100-plus yards; off sticks on steel at 100-plus yards. Your groups on paper will give you a sense of your maximum effective range. Take your time with those shots. When shooting the steel, work on rifle manipulation and shooting in a smooth, efficient manner. Use the premium hunting ammo for these drills. (Sessions 3, 5, 7)

Find a support that mimics shooting from a tree branch, fence post, or other field-expedient rest. A simple frame made of two-by-fours will work. Using your practice ammo, shoot a five-shot string at either steel or paper. Purchase or make a lightweight shooting bag, which you’ll carry with you when you hunt. Place the bag just in front of the trigger guard, underneath the rifle’s balance point, while shooting. Stay square behind the rifle and focus on recoil management. (Sessions 2–6)

Don’t be one of those hunters who can’t shoot off-hand. Load four rounds, shoot the rifle dry, then reload one round for five shots total, preferably on a steel target at 100 yards. Do this four times over the practice sessions with your practice ammo. Dry-firing between trips to the range will improve your skills. Focus on keeping your sight wobble small and your trigger control precise. (Sessions 3, 4, 5, 7)

Kneeling is the most important shooting position for hunters to master. It is quick to get into, places the rifle barrel high enough to clear most vegetation, and, done right, is very accurate. To increase stability, make sure to place the elbow of your lead hand in front of your kneecap. Before shooting a five-shot string on steel (again, practicing the reload), use an empty gun to drop into position with your eyes closed. Open your eyes to check your natural point of aim. Do this a handful of times to fine-tune the position before going to live fire. (Sessions 2, 4, 5, 6, 7)

Shooting off sticks is standard practice in Africa. It’s a skill that’s easy to master and makes a hunter much more lethal in the field. You can fashion your own sticks for next to nothing from tomato stakes and a bungee cord. You have the option of either making a tripod or going with just two sticks. Grabbing the rifle’s sling and one of the sticks is an effective way to secure the rifle and improve accuracy. You’ll need 20 rounds of practice ammo for this drill. (Sessions 2, 3, 6, 7)

The last session is to confirm your zero. Shoot a five-shot group off a bench to make certain that everything is working as it should. At this point, you’ve put 200 rounds through your rifle, placing you among an elite minority of hunters who’ve taken the time to improve their skills. Having done these drills, you’ll be ready for any situation you might encounter during big-game season. (Session 8)