Rifle Tips: How to Combine Shooting Sticks and a Bipod for Extra Stability

I recently attended a class on long distance shooting hosted by Smith & Wesson and Hornady. During the class Justin... 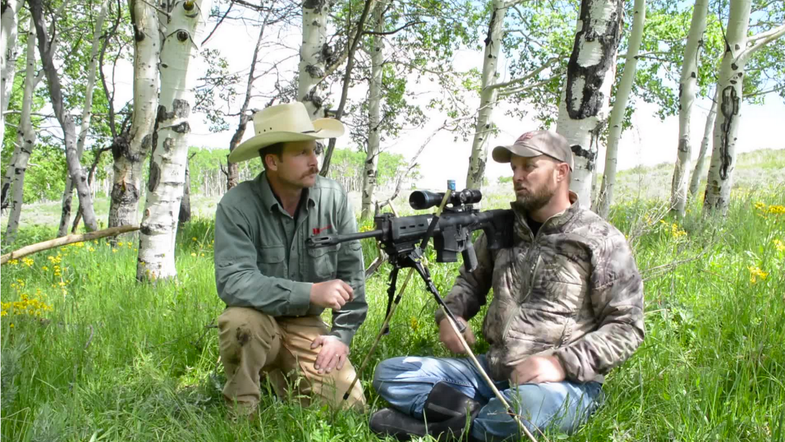 I recently attended a class on long distance shooting hosted by Smith & Wesson and Hornady. During the class Justin Richins (builder of fine custom rifles, shooting instructor, and big game guide) showed me a technique that revolutionized the way I think about bipods and shooting sticks. While I’ve frequently employed bipods or shooting sticks when hunting, I’ve never used them together.

Shooting off of a bipod provides a super steady rest when prone. And shooting with cross-sticks lifts your game to a whole new level from the sitting position. But neither works great for both positions. Enter the bipod wrap.

This technique is suitable for any rifle that you can mount a bipod under. Justin prefers lightweight packable shooting sticks from Stoney Point in conjunction with a good bipod.

Sit against something solid such as a tree or rock to lean back against. Deploy both your bipod and your sticks and lay your rifle atop the sticks with your bipod just in front of them. Wrap your bipod into the sticks as shown on the video. This will support the rifle at your shoulder and allow you to rest against the tree or rock while you wait for your shot. Raising your rifle from your lap and into position is now obsolete; this technique keeps you ready to fire at a moment’s notice.

Check out Richin’s custom rifles, shooting classes, and western big game hunting at submoafirearms.com and thehuntingcompany.com. And, if you ever find yourself without a bipod or shooting sticks, make sure you know how to find a suitable rest in the field.