Elevate your rifle marksmanship with these expert skills and tips 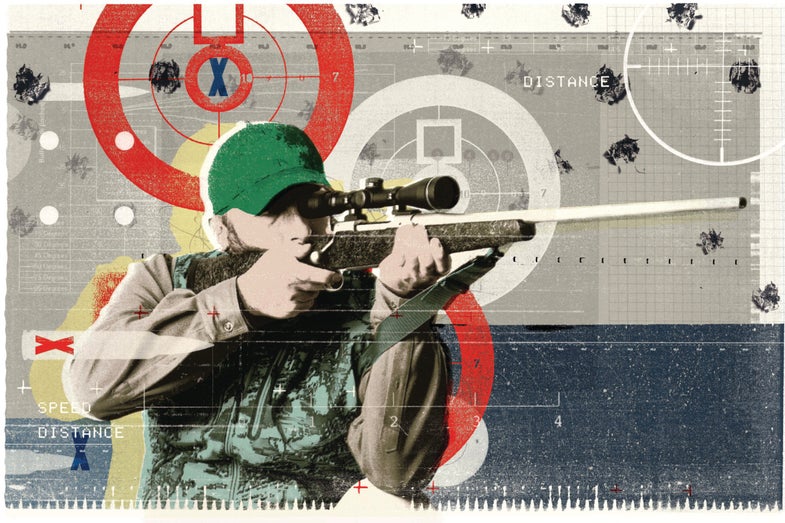 Consistency is the key to shooting better groups. This goes for the loads you’re putting in your rifle, the conditions at the range, and your shooting technique.

Setting Up
When you’re shooting from the bench, you don’t want your front rest and rear bag to move at all. You want the gun to slide over them, not push them around under recoil.

You can get your rear bag to stick to the bench by placing a piece of rubber carpet mat between the bag and the bench, or if your rear bag is made of leather, by wetting the bottom of the bag.

Swivel studs will cause the bags to jump around, so either position the bags away from them or unscrew them from the stock while you’re shooting.

To help the rifle slide on the bag, use this benchrest shooter’s trick: Take a used dryer sheet and place it between the bag and the stock.

Gripping
With a rifle that weighs more than 13 pounds and rides the bags well, you can let it free recoil—meaning you don’t touch the stock at all—when shooting groups. But with any regular sporting rifle, you’re going to need to grip it.

When I shoot a hunting rifle that’s between 9 and 10 pounds with a scope, I might just grip it with my trigger hand and barely rest it in my shoulder. With a lighter gun, you’ll need to grip the forend as well to keep it from jumping all over the place.

Use the least amount of contact you can while still feeling the rifle is stable under recoil.

Foulers
After cleaning a rifle, you should fire a fouling shot or two before shooting for groups. Also, when shooting a semi-auto, the first round that you manually chamber should be shot off to the side of the target, as it won’t seat in the chamber the same as the subsequent rounds that are automatically loaded.

Fixing Fliers
The classic “four-and-one”—a tight group with a flier on the fourth or fifth shot—happens when you get excited and lose focus. It’s at this point that you try to wish the final shot into an existing hole and mess it up. Often you find that you’ve put extra shoulder pressure on the stock, which usually sends the shot low.

To cure this, reset on the bench. Stand up, turn in a circle, and get back behind the gun. Or send a shot deliberately off to the side, then go back to shooting the group.

How To Shoot Better Groups

How to Master Practical Positional Shooting

How To Call Your Shots