Shooting Tips: The Right Way to Use a Rifle Bipod

A steady rest can produce an accurate rifle shot. A bipod can create that steady rest and be an asset... 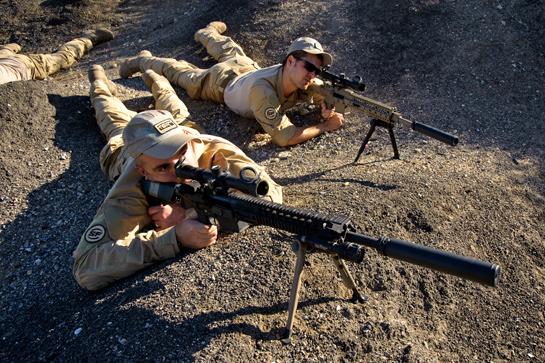 A steady rest can produce an accurate rifle shot. A bipod can create that steady rest and be an asset under field conditions, but only if the shooter keeps one important fact in mind: If a rifle is placed in contact with a hard object and allowed to recoil freely on the shot, it will shoot away from that object.

Attaching a bipod to the rifle’s forend makes it a part of the rifle. If the bipod is then placed on a hard surface and allowed to recoil freely, the results will be little different than if the forend itself was touching that hard surface. The rifle will send the shots high.

The key to achieving consistent accuracy with a bipod is to not place it on a hard surface; keep the legs set as low to the ground as possible to minimize their flex while the bullet is still in the barrel; lean slightly into the rifle to “pre-stress” the bipod legs and firm up their setting; and use a consistent grip on the rifle.

Finding a soft surface isn’t always easy, but it’s usually not impossible. Resist the impulse to place the bipod legs on a convenient flat rock. Instead, look for a patch of soft dirt, or make your own. Many experienced shooters will scrape out a shallow depression in hardened surface dirt to reach softer soil below. Placing bipod legs in that shallow trench also makes it easier to lean into the rifle to set the bipod legs by providing an edge to push against and flex the bipod without pushing the gun away.

A bipod is a great tool, but like any tool, it has to be used correctly.