How to (Not) Name Your Dog

Naming your dog used to consist of playing off physical features, such as coat color, markings or body shape, or... 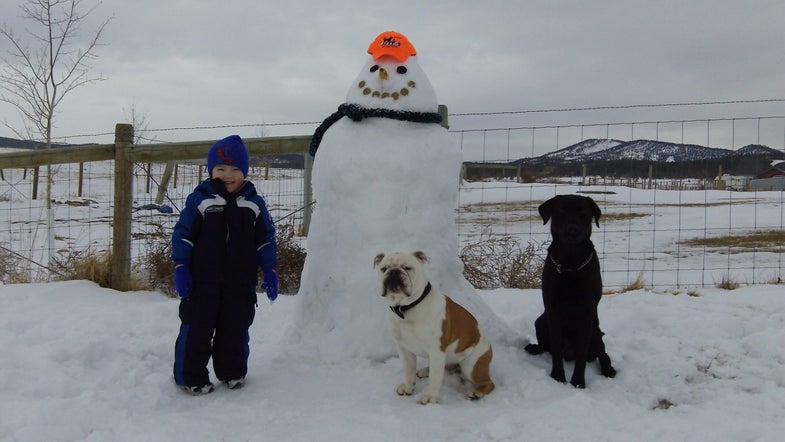 Naming your dog used to consist of playing off physical features, such as coat color, markings or body shape, or attributes such as speed or size. Another popular way to name a dog was in relation to the job it was tasked with, like some reference to hunting for sporting dog breeds.

In the past it was never proper to name your dog with a human name, and that’s a practice I sometimes wish still existed today.

I named my son Tucker. I think it’s a good name. It’s strong, as a boy’s name should be, and while it’s not a too-far-out-1960s-like name, it also isn’t run of the mill. It’s an old name, derived from people that used to tailor cloth, and as such is, and has been, a popular last name.

However, do you know how many people, upon hearing my son’s name, have excitedly told me that their dog’s name is Tucker? As if their dog and my son somehow co-exist equally on some plane of existence due to their names.

It’s not a big deal, really, just a minor annoyance. I like the idea of naming dogs after something, not someone. That, however, can be an issue with all the crazy human names out there. Start throwing registered names into the mix from which you create a call name and it can get even more difficult.

I have to admit that I’m not too terribly creative when it comes to names. Tucker is my son. Hoss is our soon-to-be 11-year-old bulldog and Kona is my black Lab.

Hoss gained his name before I even had him. Since I was young, I’ve always wanted a bulldog (I have questioned this in the years of living with one). I had his name picked out: Hoss. So, when I finally got the bully, his name was waiting. It’s very appropriate for a bulldog.

Kona, on the other hand, was more difficult. He was purchased with the intent to turn him into a hunting dog. I combed through literature characters, looked up hunting names on the internet and thought forever about what to name him. I wanted something strong, regal, smart and related to hunting.

In the end, his name really never captured many of those things, but I finally settled on Kona because I had recently been married in Hawaii and enjoyed the Kona coffee and dark beer from the Kona Brewing Company. Nothing really to do with hunting, although the hard “K” sound and short name would be useful during training and while afield. He has turned out to be a great dog in the field and at home even though his name has nothing to do with hunting.

There’s also a thought that you should be very careful in choosing a name for your dog because the dog might actually grow to fulfill that name’s meaning. That’s great if his name is “Champ of the Marsh”, but not so good if it’s “Take My Bird and I’ll Bite You.”

When you get into registered and call names, giving a dog a name can require ingenuity, creativity and sometimes a group effort! Those registered names, the official name that sometimes must include the kennel from where the dog was born, can say a bunch about a dog and it’s owner. They can be quite regal or downright funny. One of the funniest I’ve heard was a registered name for a dog whose call name, the name used everyday, was “Chigger.” It was something like “XYZ Gets Under Your Skin.” I thought it was pretty funny and it got quite a few laughs at the HRC ribbon ceremony.

If you’re looking for some ideas of what to name your dog, here is a Google list that you can comb through; the various sites might produce something. I would, however, encourage you to be more creative than myself and aware of what expectations a name carries for your dog, as well as the people you he/she might come into contact with during that time.

As a final note, what are your dogs’ names and how did you come up with them?