Tips and Tactics: How to Hunt Wild Sheep

MAYBE IT’S THE MASSIVE, curling horns or the regal, powerful stance of a mature ram. Or maybe it’s the stunning... 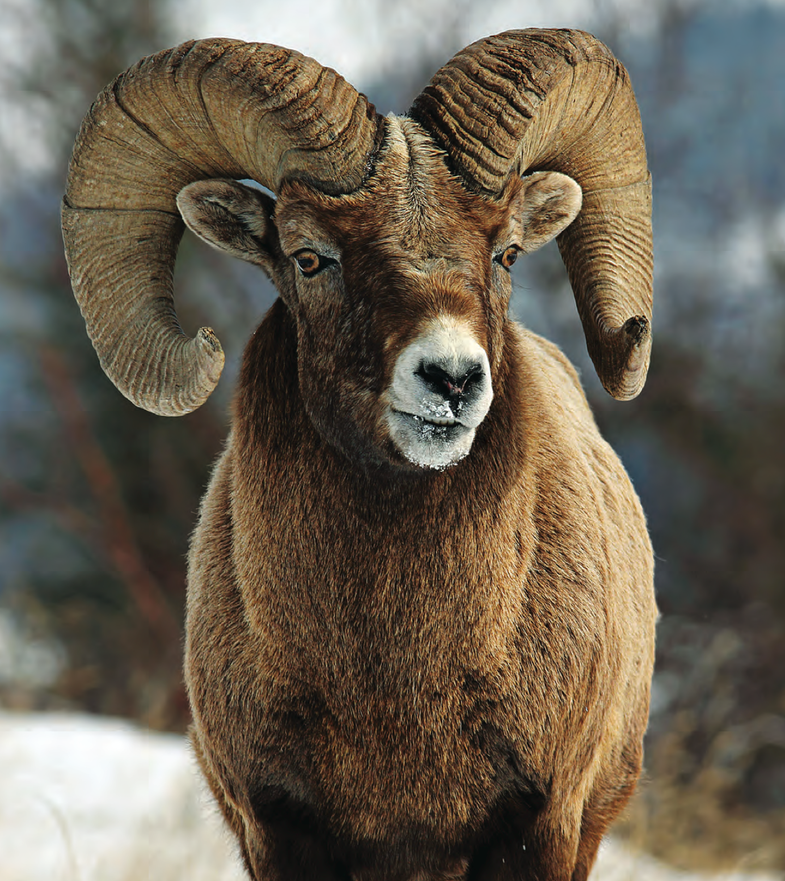 MAYBE IT’S THE MASSIVE, curling horns or the regal, powerful stance of a mature ram. Or maybe it’s the stunning places they inhabit—high, snow-stunted meadows and towering ridges—that make wild sheep so appealing. Or maybe it’s because hardy rams are synonymous with the backcountry, the game-rich wilderness that requires time, intention, and logistical support to access. It is said that there are no easy sheep, but the corollary is equally true—there are no forgettable sheep, either.

For most of my life I resisted the consuming obsession with ovis, the family of wild sheep. Sure, I was aware of the romantic appeal of rams, mainly because of my affection for Jack O’Connor’s dispatches in the pages of Outdoor Life, which elevated sheep to a pedestal above other game species—above moose, elk, and even mule deer.

For years I applied for bighorn tags in every available jurisdiction in the country. But I confess to missing a little of the gravitational pull of wild rams—they seemed too far out of reach for mortal hunters like me—until I drew my first sheep tag, in Wyoming’s alpine wilderness east of Yellowstone National Park.

It was on that hunt, the creak of bridle leather keeping time with the stiff gait of balky pack mules, and the crenelated jags of sawtoothed peaks just suggested in the feeble light of September’s stars, that I finally got sheep hunting. O’Connor was right: It’s not like other hunting. It’s richer, more elemental, and simply more romantic than any other hunt I have experienced.

Maybe that’s because there’s more at stake. In most areas of the West, where bighorn tags are distributed by lottery, you have better odds of drawing a Powerball ticket than a ram permit. So when you finally draw a license, as I did for Wyoming Area 2, you recognize that it’s truly the hunt of a lifetime. Don’t blow it.

Equally rare is the charm of sheep country. It might take you all day to grind to where rams loaf and graze, but when you finally reach these wild pastures, you marvel at their flowers, their alpine grasses, and their stunning views. It’s hard to reach these places, but it’s even harder to leave them—especially without sheep meat in your pack. 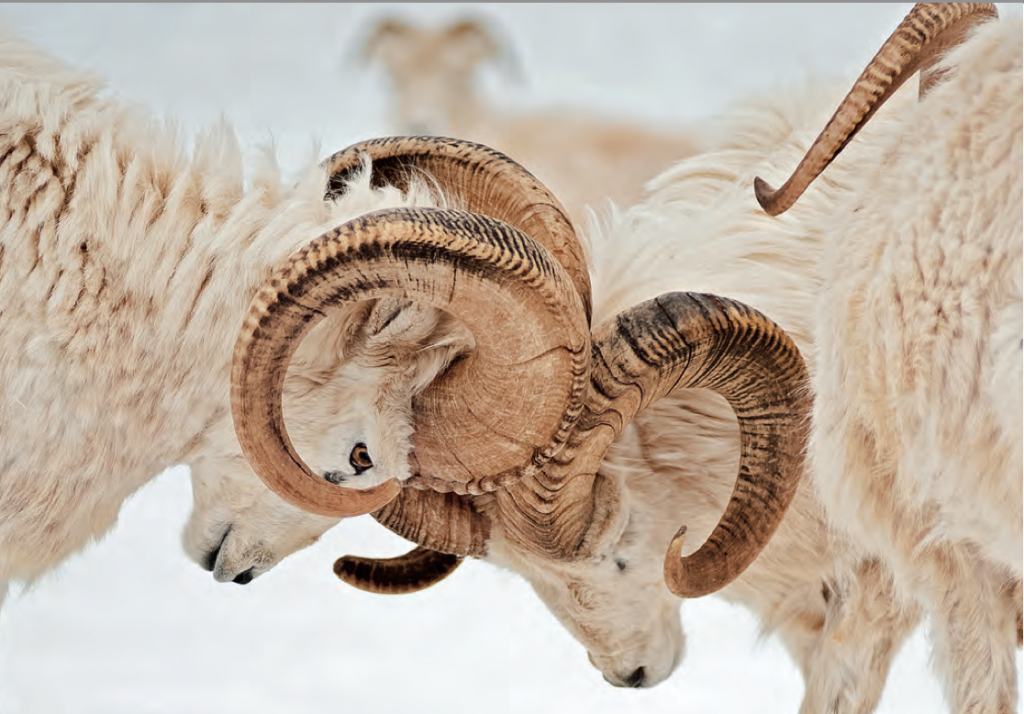 On luck of the draw in the western United States, you can still find places to hunt wild sheep. In the western Canadian provinces, principally British Columbia, the Yukon, and Alberta, it is possible to hire an outfitter to take you to big rams. These are expensive undertakings, but once you start sheep hunting, it can be hard to stop—luckily, you don’t have to. Sheep are found around the northern latitudes of the globe, from the Canadian Rockies to the Himalayas to the Gobi Desert of Mongolia.
North America is home to four species of wild sheep. In the far north, the two races—snow white Dall’s sheep and slate gray Stone’s sheep—occupy remote mountain ranges that typically require a pack train to access.

These two varieties of northern sheep, smaller in stature than their southern cousins, are called thinhorns because the headgear of the rams tends to be more slender and curling than the heavier,
more massive horns sported by their southern cousins. Together, these four species of wild sheep— Dall’s and Stone’s, and the southern species, the Rocky Mountain bighorn, and the California (or desert) bighorn—constitute the grand slam of wild sheep, and hunters who have collected full-curl rams of each race have attained a remarkable feat. They’ve also probably paid dearly for their trophies, too—in money, time, and expectation.

Hunters who get the bug for more far-flung adventures can pursue their world slam of ovis from the Himalayas to the contested highlands of the former Russian republics to the far corners of Mongolia’s Gobi Desert. These adventures require more money and logistics than nearly any other variety of hunting in the world. It’s a testament to the magnetic attraction of these animals that every sheep hunter I know, physically whipped and monetarily depleted by their last ram hunt, is already planning their next.

HOW TO FIELD JUDGE A RAM

The goal of any wild sheep hunter should be to kill a mature ram. There are sound conservation reasons for this—the oldest males are at the end of their reproductive lives and are most susceptible to predators and winter kill. But estimating the age of a ram and the size of his horns is also great sport, and in areas with minimum age or size restrictions, correct field judging is also a legal matter. There are so many variables—the length and circumference of the horns, the mass at its base, the arc of the curl, the size of the skull—that any serious sheep hunter should study as many field photos as possible. Here are four elements to consider:

1. Context
Get a copy of the latest sheep records for the unit you’re hunting, as trophy qualities may differ significantly from area to area. In Wyoming, for instance, alpine bighorns tend to have tighter curls that start from less substantial bases than the lower-elevation rams of Montana’s Missouri River Breaks rams, which have massive bases and more open curls. If you hold out for a 180-inch (457-cm) ram in Wyoming, you may be disappointed, while that benchmark is regularly obtained in the Breaks.

2. Age
With good optics and the right light, you can often count the annuli, or age rings, that define ram horns. Growth rates differ by range, but generally a 6- to 7-year-old ram is considered mature.

3. Bases
The circumference of a ram’s horns tells you a lot about his overall score. Look for horns that rise high from the skull but don’t show a lot of light between the skull and the inside of the curl.

4. Sustained Mass
Mass is the least appreciated aspect of a trophy ram. Look for heavy horns that carry their weight around the curl. My friend and taxidermist, Dale Manning of Missoula, Montana, applies the “three-finger rule” when judging rams. If a ram’s horn is at least three fingers deep at its terminal end, he’s probably a good one 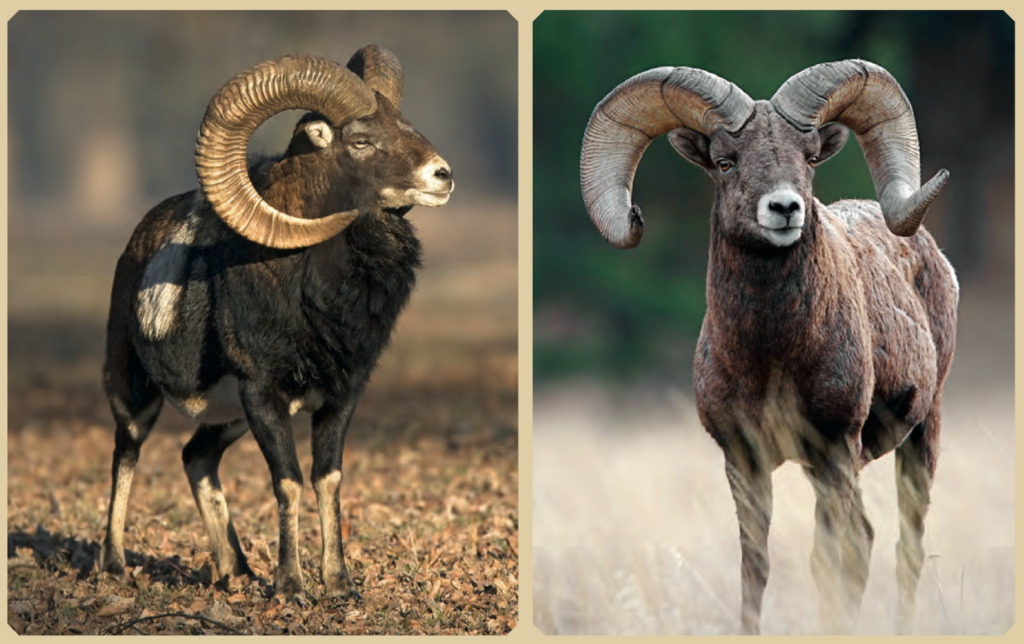 RAMS OF THE WORLD

From the urial rams of Pakistan to Siberian snow sheep to the desert bighorns of Mexico’s Baja, wild sheep occupy much of the high, wild country north of the Tropic of Cancer. Here are some of the wildest rams the world has to offer.

Eurasian Mouflon (Mediterranean)
These ancestors of our domestic sheep roam an arid strip from Iran, through the Caucasus Mountains and then around the Mediterranean.

Snow Sheep (Eastern Russia)
A Russian relative of the Dall’s and bighorn sheep, this stocky, massive- horned ram lives in Siberia and throughout the Kamchatka Peninsula.

Fannin Sheep (North America)
This white sheep with black highlights is thought to be a hybrid of Dall’s and Stone’s sheep and is found in isolated areas of the Yukon and Northwest Territories. 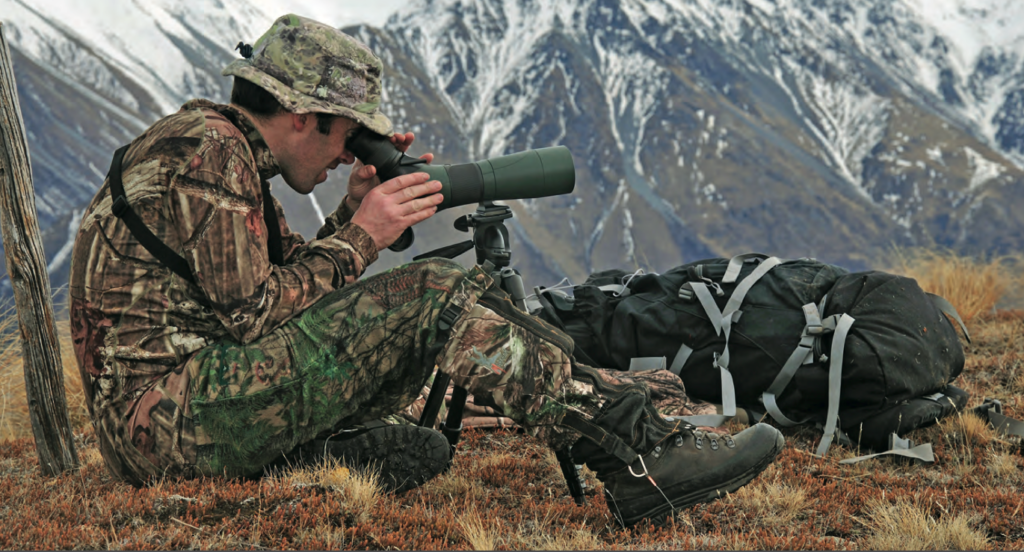 GEAR UP: OPTICS FOR SHEEP HUNTING

More than any other gear, light, bright optics are your most critical tools for finding sheep, judging rams, and even assessing your approach. Not all optics are created equal, especially for mountain hunting. Durability and optical clarity are just as important as weight on a sheep hunt. Buy the best glass you can afford, even if you have to borrow to do it.

1. Rangefinding Binocular
A new generation of high-end binoculars combines bright optics with an accurate laser rangefinder. Get a model that allows you to enter your ballistics data into its “brain” so you’ll know precise holdover for any distance you range. Good options include the Leica Geovid 10×42, Swarovski EL Range 10×45, and Zeiss Victory RF 10×45.

2. Spotting Scope
In sheep country, you’ll spend more time behind your spotting scope than you will in the saddle. It’s tempting to settle for 65mm scopes because of their light weight and packable configuration, but opt for the brighter, crisper 85mm scopes instead.
Consider Zeiss 85mm Victory DiaScope, Meopta 82mm MeoStar S2, or Swarovski 80mm ATS.

3. Rifle Scope
Pick a durable one that can handle knocks on rocks, bumps in a scabbard, and big swings in temperature. Choose a modest magnification range, ensuring it has adjustable focus for long shots. Opt for duplex reticles or crosshairs with just a few holdover references. Look into the Leupold VX-2 4-12x40mm, Bushnell Elite 4-16x40mm, and Nikon Monarch 3 4-16x42mm as good options.

CARTRIDGES FOR SHEEP: REVISITNG THE .270

Jack O’Connor, Outdoor Life’s shooting editor, waxed poetic about wild rams and the absolutism of the .270 Win. as the perfect sheep caliber. And though I still love to read his spare text, I’m not sure his ballistics advice continues to hold water.

Based on the short- action .284 Winchester, rifles chambered in 6.5/284 can be built on smaller frames, making them lighter. The .280 Ackley Improved is a standard long-action round that performs like a magnum caliber without the punishing kick, as well as accurately delivers wind-bucking bullets for longish shots.