Captain America made his Marvel Comics debut in March 1941 as Americans braced themselves for the inevitability that the nation... 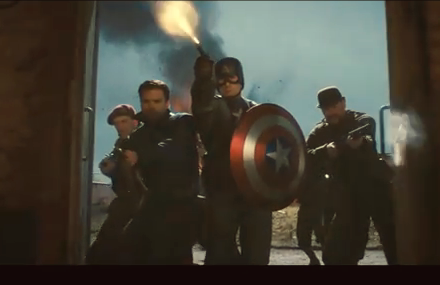 Captain America made his Marvel Comics debut in March 1941 as Americans braced themselves for the inevitability that the nation would, sooner or later, be drawn into an already raging world war.

He stood proudly and defiantly for the United States Constitution — and most enthusiastically for Americans’ Second Amendment right to bear arms.

In recent years, critics allege, the iconic comic character went PC. He was critical of the same values he once espoused. Like the nation itself, Captain America appeared a bit confused, no longer certain of what he stood for.

But with the most recent edition of Captain America, Fear Itself #6, there’s no ambiguity in where the superhero stands.

As Rich Johnston blogs on www.bleedingcool.com on Sept. 14, “… as destruction rains from on high, Captain America embodies the Second Amendment. As the apocalypse rolls across the Earth, he picks up a rifle, bearing arms. And appeals to raise a militia to make a stand. Using that exact language, straight from the American Constitution: ‘A well-regulated militia being necessary to the security of a free State, the right of the People to keep and bear arms shall not be infringed.'”

— Captain America Takes Up The Second Amendment In Fear Itself #6. All Of It.