From Charter Arms’ polished pink stainless-steel Chic Lady Revolver to Flashbang’s line of bra holsters, one thing was clear to... 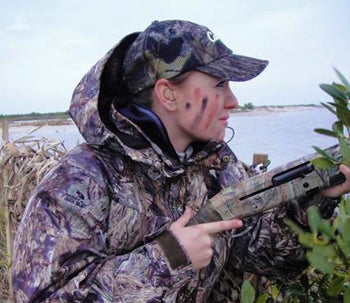 From Charter Arms’ polished pink stainless-steel Chic Lady Revolver to Flashbang’s line of bra holsters, one thing was clear to the roughly 75,000 people who attended the National Rifle Association’s Annual Meeting in St. Louis on April 13-15. And that is this: Women gun owners are rapidly becoming a financial force with political clout.

Dozens of the 500 NRA exhibitors exclusively marketed products geared to female gun owners. Nearly all major retailers and manufacturers featured items specifically made for women. For good reason. According to a December 2011 report from CBS News, the national total for female gun owners has doubled over the last decade, increasing to nearly 5 million women since 2001.

Nearly 47 percent more women are shooting today than a decade ago, according to the National Sporting Goods Association. The National Shooting Sports Foundation reports that the number of women buying guns for personal defense increased 83 percent since the early 1990s.

If this demographic trend continues, will it change the meaning, the message, and the face of Second Amendment advocacy?

Sales Surge as Annie Gets Her Gun

141st Annual Meeting: NRA Gets in Touch With Its Feminine Side

What’s behind the surge in women gun owners?

Rise in firearms use by women a national trend

A Tribute to Women in Hunting, Conservation