Photo by Yamil Sued Question: __“I am trying to learn to shoot with both eyes open. I shoot left-­handed and... 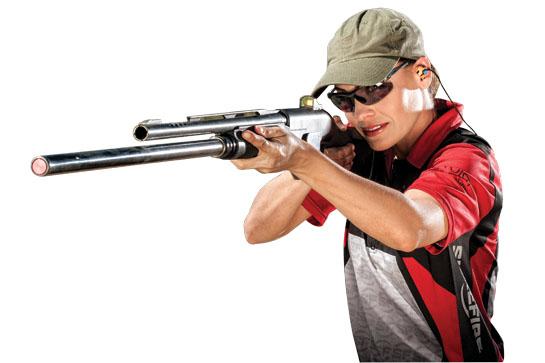 Question: __“I am trying to learn to shoot with both eyes open. I shoot left-­handed and have always closed my right eye when shooting a rifle or shotgun. Whenever I look down a shotgun barrel with both eyes open, though, I see two beads. I think I might be co-eye dominant. Any suggestions?” —Mark Barnes, via OutdoorLife.com

My Answer: It is possible that your eyes are equally dominant and that can make the “two bead” effect more pronounced. Ultimately, however, it doesn’t need to have any negative impact on your shooting. Assuming you don’t have a dominant eye, the way to cope with the two-bead problem is to focus harder on the target. Put another way, if you’re seeing two beads, you’re looking at the wrong thing. Keep your eyes solidly locked on your target and the issue of seeing two beads drops by the wayside. With proper target focus the beads will become indistinct and blurry. As soon as your focus drifts to the bead, bad things start to happen—namely, you will slow or stop your shotgun swing and miss.

The same goes for shooting a rifle. Stay focused on the target—not your crosshairs—and you will shoot better. However, if you can’t train yourself to do this with both eyes open, it isn’t the worst thing in the world to close the eye that isn’t looking through the scope. But by all means resist the temptation to close one eye when shotgunning. You need your binocular vision to track and hit flying targets.