The Cody Firearms Museum is positioned right next to the Whitney Gallery of Western Art. And it never gets old... 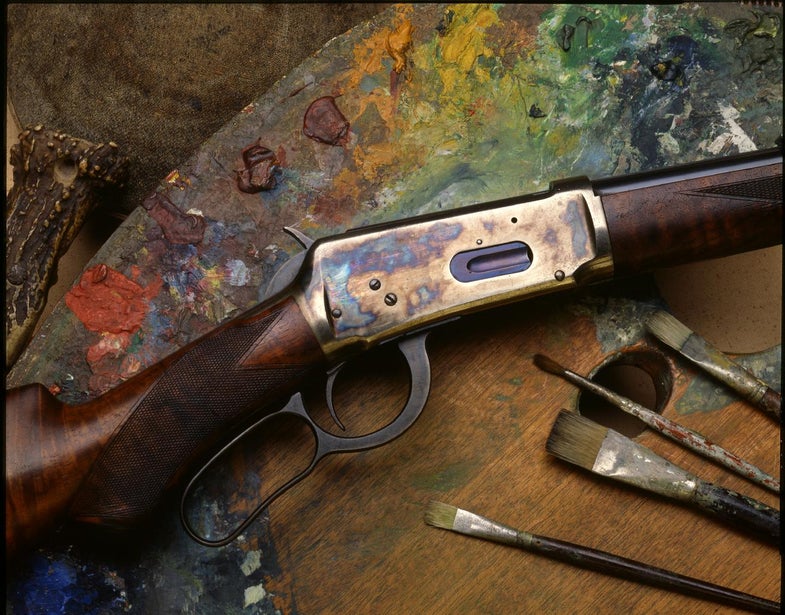 The Cody Firearms Museum is positioned right next to the Whitney Gallery of Western Art. And it never gets old when people look at a Joseph Henry Sharp painting and proclaim, “Wow and he made guns too!” Similarly, I enjoy the panicked look on the faces of gun guys who eagerly file in for a lecture on Remington, only to find out they are talking about the artist Frederic Remington and that it is too late to politely excuse themselves.

This Winchester Model 1894 is a Deluxe Sporting Rifle that Frederic Remington, an American painter and sculptor who focused on the American West, used on hunting excursions. Remington used firearms as props for his artwork but also in real life. It is one of several firearms in our collection that belonged to him.

Upon closer examination, the art and gun worlds, especially in the American West, aren’t so different—although I won’t be giving up gun curation for art any time soon. But the connection between the two worlds is apparent in the form of firearms depicted in art, firearms as art, firearms used by artists, and arms departments at art museums.