It has never been the most popular lever gun load, but the .300 Savage retains more energy at longer distances than its closest competitors 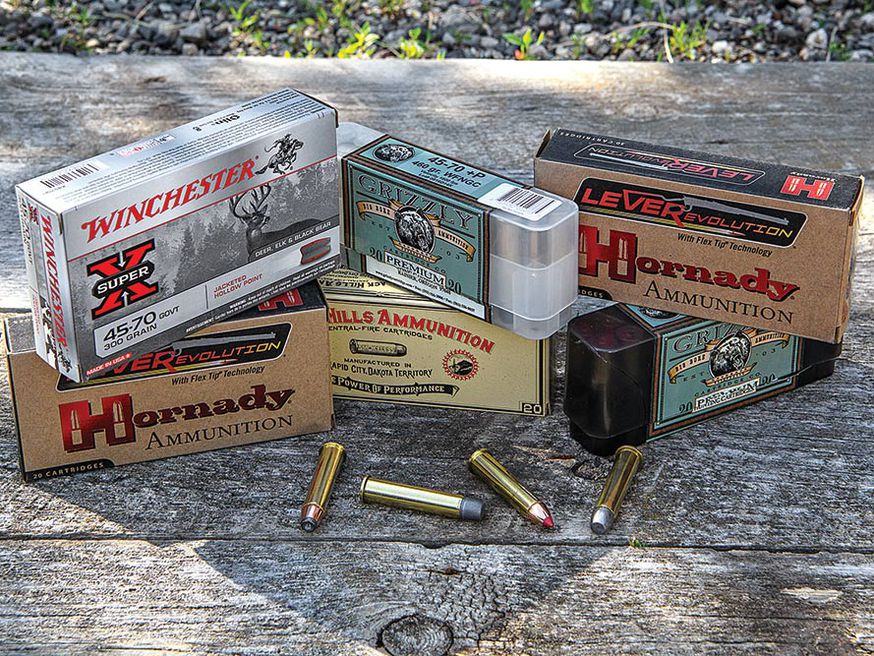 The .30/30 Winchester, it is often claimed, has hung more venison from meat poles than any other cartridge in history. But does that mean the .30/30 lever-action is the best deer rifle ever created? Maybe not. It depends on how you define “best.”

The challenge with judging things based on their popularity is that it doesn’t take into account human nature. Those weird, inexplicable, sometimes incomprehensible tastes and behaviors we suffer often make no sense. For instance, at this moment, the 6.5 Creedmoor is popular with hunters and shooters, but ballistically, the .260 or 6.5×55 Swede are both better options.

The lever gun was invented for simplicity sake. A lever that opened the rifle breech to expose its chamber, a convenient device easily integrated into what had been muzzleloaders. The firing hand pushed the lever down to open the breach, the cartridge was inserted, and the lever closed. By 1860 B.Tyler Henry had concocted a mechanism to feed cartridges from a tube onto a loading ramp also activated by the lever. And the race was on: Winchester, Marlin…Buffalo Bill and Annie Oakley. The all-American lever-action became THE rifle to own.

By the late 1880s John Moses Browning improved the Winchester’s locking bolt so it could handle the same high-pressure loads as the old single-shot buffalo rifles. But there remained a major impediment—tubular magazines.

With rounds stacked one behind another in a tube, there was a threat that a sharply-tipped bullet would function like a firing pin during recoil. One proper shot from the chamber could unleash a chain reaction in the magazine. The fix was simple: blunt, but ballistically inefficient, bullets.

Arthur Savage (Savage Arms) invented a vertically-stacked magazine in 1887. It fit in the stock under the action. In 1895 he included it in a new lever action capable of safely handling spitzer bullets. This evolved into the popular M99 that stayed in production for 100 years. Not to be outdone, Winchester released its Browning-designed M1895 lever-action with a vertical-stacked magazine. Sharply-pointed bullets were on the move.

The Cowboy Guns Hang On

Despite the ballistic advantages of the vertical-stack magazine rifles, the tubular magazine styles from Marlin and Winchester didn’t just hang in there — they thrived, becoming arguably the most popular “deer rifles” in the country, especially east of the Plains. Most deer and black bear were engaged inside of 150 yards, so ballistic efficiency didn’t matter much. Aim center chest and your flat- or round-nose would reach the vitals. At that point the argument was killing power. Whichever one flattened your quarry most dramatically was the tool you used.

Today that same challenge persists. Hunters who embrace the convenient length, shape, and rapid-fire function of lever actions argue more about punch than precision or reach. They know they’re not going to play at 250 yards and beyond, so which 150-yard lever-action cartridge is going to bring home the bacon?

The U.S. military adopted the .45/70 as its official service cartridge three years before General Custer and his 7th Cavalry used it at the Battle of the Little Bighorn. It didn’t exactly shine. Buffalo hunters used it for their deadly work, too. Today it’s seen as big medicine for close work on our biggest, baddest bears, but also a sure killer of deer, elk, and moose in close quarters.

The .45/70′s power comes not so much from velocity as mass. Most factory ammo is capped with 300-grain bullets running a top muzzle velocity of 2,200 fps in strong, modern actions. Alas, most factory ammo must be loaded down so it doesn’t damage old, weak actions such as the Trapdoor Springfields. Expect muzzle velocities from 1,400 to 1,800 fps. Handloaders can work with bullets as heavy as 500 grains for increased momentum and penetration, but we’ll stick with factory loads for this comparison, a 300-grain round nose at 1,400 to 1,800 fps. Muzzle energy is around 2,200 foot-pounds for the faster load in strong, modern actions.

The venerable .30/30 actually started life as the .30 Winchester Center Fire, a .30-caliber pushed by 30-grains of smokeless powder. When Marlin started building rifles for it, they didn’t want to advertise Winchester, so they called the cartridge a .30/30. Hunters combined the two, so today it’s the .30/30 Winchester.

Arthur Savage was not only ahead of his time in 1895 and still is today. His company’s vastly superior cartridge of 1920 was the .308 Winchester of its day, nearly matching the performance of a .30/06 Springfield. It’s a short, fat, sharp-shouldered cartridge stacked in a rotary magazine. Sharply tipped bullets were safe, their noses protected from battering. The M99 rifle that handled them had no external hammer. Scopes could be mounted easily for comfortable use. Today’s 150-grain factory loads run about 2,600 fps, 180-grain loads 2,300 fps for muzzle energies of 2,300 and 2,200 f-p each.

Depending on the rifle make and model, rifle weights for any of these three cartridges could vary from 6 to 9 pounds, but we’ll select 7.5 pounds as an average so as to compare relative recoil:

First, we will zero each of these loads to attain maximum point-blank range for an 8-inch diameter target, easily the vital zone on a broadside whitetail. Maximum ordinate (bullet strike above sightline) will be 4 inches. When the bullet falls 4 inches below point-of-aim it will have reached its maximum point-blank range (MPBR). The idea with this is that a hunter can aim dead center on the vitals and hit them at any distance within MPBR.

Wind for these comparisons will be a constant 10 mph right angle.

Read Next: A Lever Action .30-30 Winchester is Still One of the Best Deer Hunting Rifles (And Here’s Why)

The .300 Savage is the Best Lever Gun Cartridge at Distance

And that nearly obsolete .300 Savage? At 200 yards it’s not only carrying more energy than the .45/70 does at 100 yards, but its deflecting 10 inches less in the wind and dropping 5 inches less.

What’s the take away? For general deer and black bear hunting, the lighter recoil, superior trajectory, and higher retained energy of the .300 Savage makes it a clear winner with the old .30/30 panting into second place. The .45/70 is obviously a shorter-range tool due to its low bullet B.C. Wide, broad, heavy bullets waste too much energy bucking wind. Narrower, sleeker bullets slip the wind to conserve energy.

Why then are so many enthralled with the 45-70 as a bear stopper? Two reasons: they almost always chamber it in a fully modern, strong action in which they can safely load heavier 405- to 500-grain bullets as fast as 1,600 fps to churn up 2,400 to 2,800 f-p muzzle energy. Apply that across the .458″ surface area of a tough, hard lead alloy and you’re delivering momentum that drives deep and makes a lasting impression.

If you’re wanting a lever-action for hunting deer and black bears in brush and woods with most shots inside 150 yards, the .30/30 is a sweet option. But if you can find a used M99 Savage in 300 Savage, you’ll not only be set for the close shots, but have additional reach for 200 and 250. Run the lighter bullets and 300 yards is easily within your reach. And recoil isn’t much more than the .30/30.

If your deer and bear shots are inside 100 yards and you also hope to try elk, moose, and other big game, the 45-70 should be your best bet. Its bullet energy levels look rather puny, but the momentum of a 300- to 500-grain bullet suggests it’s going to penetrate like a pile driver. I know lever gun shooters who’ve introduced Cape buffalo to a stout 45-70 load and the buff were not asking for a rematch.