Josh Waldron is the CEO of SilencerCo and one of the company’s visionaries who have allowed it to experience explosive... 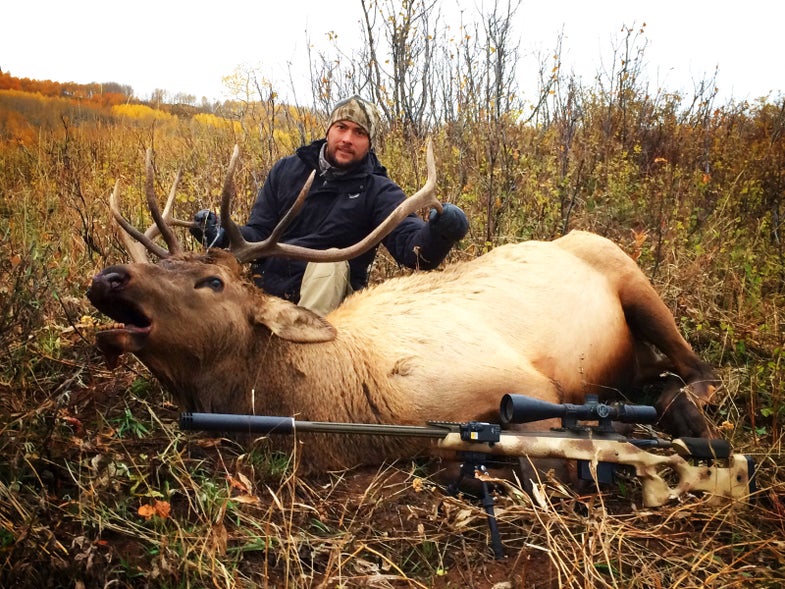 Josh Waldron is the CEO of SilencerCo and one of the company’s visionaries who have allowed it to experience explosive growth over the last few years. One of the thing I admire about SilencerCo is their aggressive, almost evangelical, attitude toward spreading the word about silencers.

Waldron and the rest of the crew have worked hard to dispel the common myths about sound suppressors and have backed various legislative efforts to promote their use for hunting and shooting.

Among the company’s more recent introductions are the Salvo 12 suppressor for shotguns and a line of hunting ammunition called Harvester that is optimized for use in suppressed rifles.

I spoke with Waldron about the trajectory of SilencerCo and what he sees on the horizon.

Outdoor Life: What prompted you to get into hunting ammunition?
Josh Waldron: We started as a silencer company but have branched out well beyond that. The question we ask is how can we enhance the hunting and shooting experience? And as we’ve hunted with our products more we realized that we weren’t getting the performance we expected from what’s on the market. So we developed some loads we liked that are being made to our specs and requirements and decided to start marketing it ourselves.

OL: This is a pattern you’re familiar with at SilencerCo, is it not?
JW: That’s right. The reason we started SilencerCo in the first place is that we weren’t getting what we wanted when it came to silencers, so we started building our own.

OL: Talk a little bit about all the pro-silencer momentum we’ve seen in the hunting market.
JW: Since 2011 there have been 23 pro-suppressor laws passed in 13 states—and no anti-suppressor laws. This is allowing us to mainstream these devices. We’re also getting more support from hunting industry. That trend is going to continue on this trajectory. And with the lobbying organizations we have standing with us, like the NRA who is getting behind this in a big way, that’s going to help us get to where we want to go.

OL: To what do you attribute the growth of suppressors with hunters?
JW: A lot of it is educating the consumer and dispelling the Hollywood myths about suppressors. Once people start hunting with suppressors, not only do they think it is a good idea, but it becomes something they can’t live without. Being able to hunt without hearing protection and ringing your ears makes for a much more pleasant experience. The reduction in recoil from suppressors is another huge benefit. The more you use suppressors, the more you want them and because of this we’ve really seen a big attitude change.
Suppressors also help with access issues. They help keep hunting areas and shooting ranges open that might otherwise be closed due to noise pollution.
There’s still work to do, but the hunting market represents a huge growth opportunity.

OL: Silencers are also a big public health issue with respect to hearing loss, right?
JW: Yes. Just look at the military. The number one medical claim with the Veteran’s Administration is hearing loss due to gunfire. This year alone, they are projecting $2.7 billion in medical claims. When it comes to protecting hearing, these devises have the potential to save us billions of dollars. Eventually we expect the military will require suppressors on every firearm.

OL: Any major initiatives on tap for the coming year?
JW: Definitely. We like to keep our cards close to our chest and not give the opposition time to react, but we have 15 states we’re going after this year. We’re hitting it really hard in 2015.

OL: The golden ring for suppressor rights is removing the language about silencers from the National Firearms Act of 1934 that lumped them in with machine guns, short barreled long guns and explosive devises. What are the prospects for that happening?
JW: If there’s any time to do it, it is now. We’re working hard to figure out the logistics and strategy to make that possible. We are actively trying to make it happen and in the best-case scenario we are poised to get that accomplished.

OL: So SilencerCo started with suppressors, you’ve been building barrels and now you’ve got a line of hunting ammunition. What’s next?
JW: 2015 is going to be exciting. We’re diversifying our line of products and getting into electro optics.

OL: Electro optics? What do you mean by that?
JW: Sorry, man. That’s all you’re going to get from me for now. Everyone will find out soon enough.