Turkey Guns: An Ultralight Shotgun, Load, and Chokes for Long and Short Shots

After nearly forty years of chasing turkeys, I’ve finally come to the realization that I spend a lot more time... 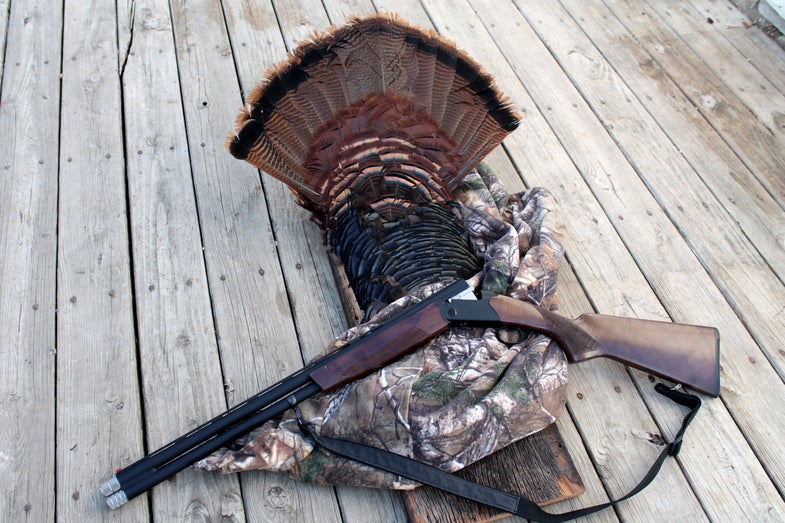 After nearly forty years of chasing turkeys, I’ve finally come to the realization that I spend a lot more time carrying my shotgun than shooting it. A lightweight scattergun can be a real blessing when running and gunning for gobblers or when sitting motionless with it propped on a knee for an interminable amount of time. With that in mind, I opted for a CZ Upland Ultralight shotgun for last fall’s turkey season.

The typical modern-day turkey gun is a camouflaged pump or autoloader, so a walnut-and-matte-black over/under might seem like an odd choice for the turkey woods. But when I shouldered the 6-pound 12 gauge at last year’s NRA convention, it was love at first heft. Plus, ease of carry isn’t the Upland Ultralight’s only merit as a gobbler gun.

After a long calling session one day last fall, a mature tom eventually worked his way to my set-up and hung up at 40 yards—where I stoned him with 2 ounces of No. 6 shot from a 3-inch Remington Premier Magnum Copper-Plated Buffered Turkey Load. Lots of turkey rigs are designed to kill birds at great distances now, but if that bird had stepped out at 12 paces, I would have been equally confident in dropping him with the same load. With a flip of the shotgun’s barrel selector, I would have switched from my Primos Tight Wad choke with a constriction of .655 to a skeet choke (.725 constriction) that would have allowed the pattern to open up far more quickly. 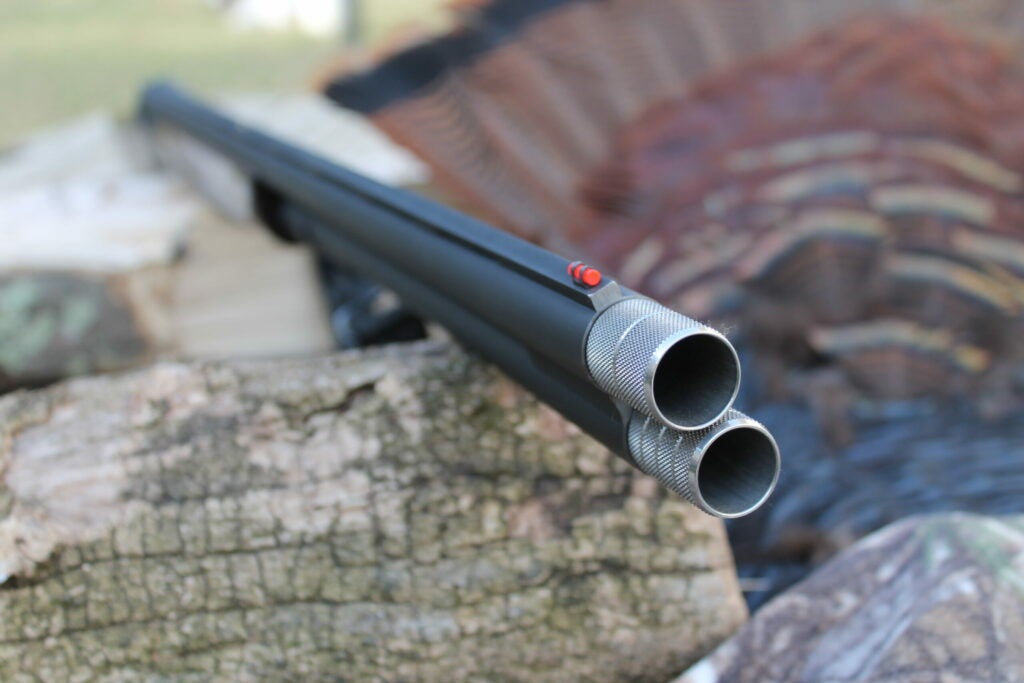 Champion sporting clays shooter and instructor Tom Mack has developed a set of chokes on that very principle. His “Easy Choke System” screw-in chokes are labeled simply “close,” “medium,” and “far.” The “close” choke is bored for skeet, “medium” is light modified, and “far” is improved modified. Manufactured by Kicks Industries, these exposed chokes are knurled for easy handling and have convenient cut-ring identification. The close choke is the one I had in my gun that day last fall, though I opted for the Primos Tight Wad in lieu of the “far” choke since it patterned better at 40 yards (24 lethal hits and 88 on the paper with the Primos versus 15 and 68 with Mack’s “far” choke).

If you’re in the market for a new turkey gun this spring, before you plunk down a pile of cash you might instead grab an old over/under out of the closet and spend some time at the range patterning various loads through a couple different chokes. You just might find that you already own the makings of a versatile and deadly combination.