“How do you miss something with a pattern as big as the hood off a car?” Marty Fischer once asked... 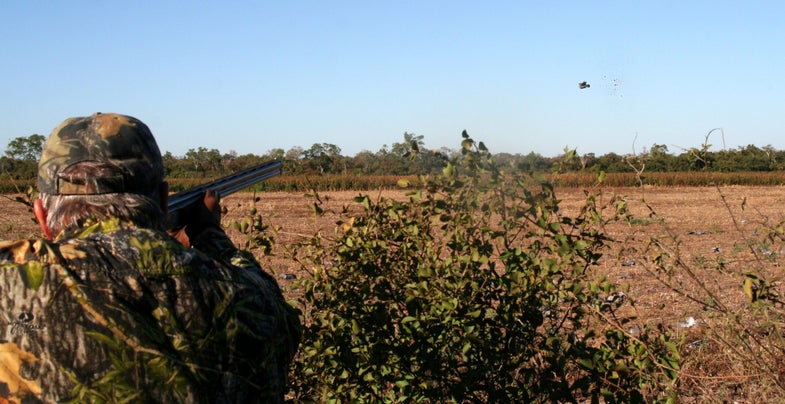 “How do you miss something with a pattern as big as the hood off a car?” Marty Fischer once asked me on a sporting clays course in Alabama after I had just missed what to him was an easy crossing shot.

“Practice,” I replied, “I’ve had lots of practice at missing.” I wasn’t exaggerating, but he was. The pattern of my Remington 1100 with its modified choke wouldn’t nearly cover the hood of a car, but it seemed that way to Fischer, who seldom misses any shot he takes at clay targets or birds.

Crossing shots, especially those from left to right, have been one of the banes of my existence. I try to keep my cheek planted against the stock of the gun, with both my eyes open and aligned with the barrel, pull the lead away from the bird and unleash a torrent of lead shot like water out of a garden hose. Except, more often than not, it doesn’t go as planned. Something is in me that discombobulates when a dove or duck flies by from the side, which is why I’m now starting to shoot more sporting clays in readiness for the upcoming dove season.

Fischer, a Georgia shotgun instructor, sporting clays course designer and television show host (martyfischer.com) advises me that the main reason I keep missing left-to-right crossers is because of mechanical problems that come and go: I drop my right shoulder, or I pull my cheek away from the gun slightly, or I don’t set my feet correctly and don’t pivot my trunk correctly, or I don’t give the target enough lead – or all of the above.

Texas shooting instructor Gil Ash (ospschool.com) sees it more as a hand-eye coordination deficiency. When I miss right-to-left crossers, for instance, my eyes get confused somehow because I have to look over the gun to see the target, and can’t reacquire the proper line with the barrel. Too frequently I wind up shooting behind the bird or above or below it.

Gil tells me that the biggest problem for most people on crossers is that they’re looking down the barrel and looking at the bird at the same time; the lead has to be ahead of the bird – period. One remedy is to learn to see the bird either to the left of the barrel or across the barrel (right to left), depending on which way it’s moving. To Gil, it’s a matter of mounting the gun ahead of the bird, moving it at the same speed as the bird and pulling the trigger.

Marty agrees that the best way to get on a crosser is to mount the gun just before you shoot and pull ahead of the target. Whenever he sees shooters mounting a gun and then calling “pull” at a sporting clays range, he tells them to reverse the order. Whether you’re at a range or in the field, anticipating a shot too much often is worse than being surprised and snap-shooting. 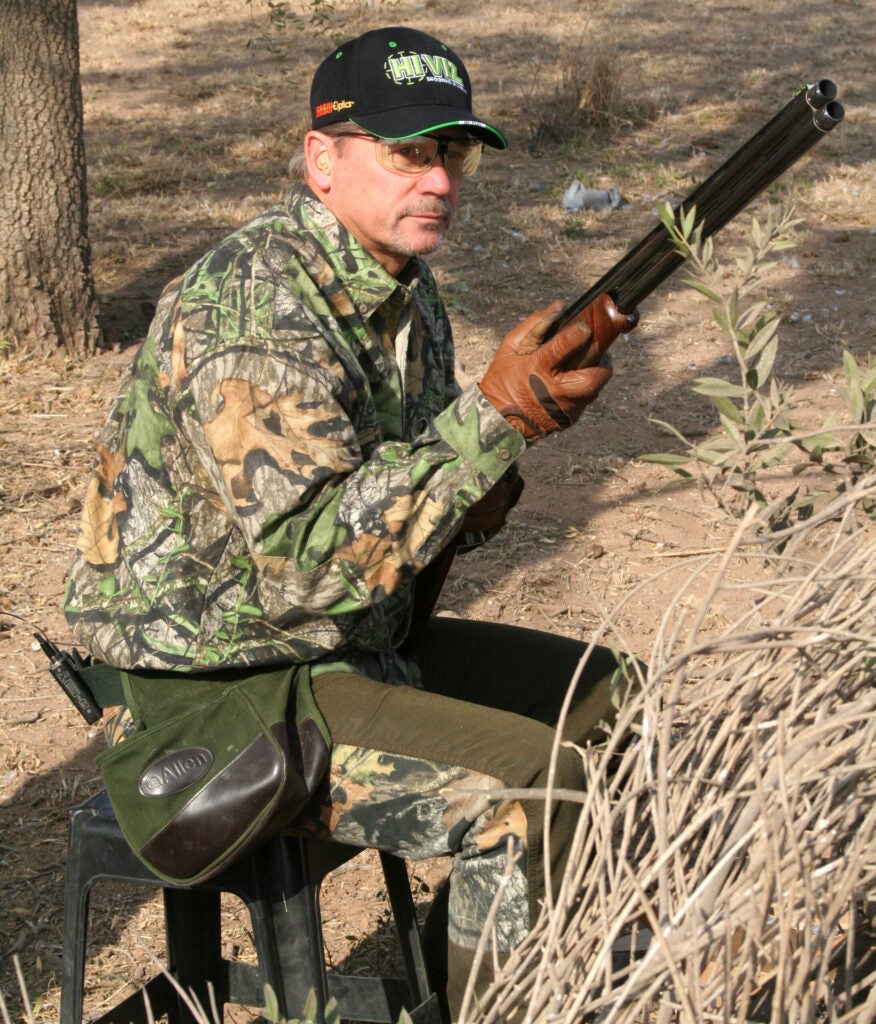 Birds come and go quickly in a dove field. If you’re standing, position your feet so you can swivel freely for the shot. If you’re sitting, make sure your movement will be unimpeded.

Beyond just shooting a lot and getting your shooting mechanics in shape, there a few things you can try when you’re in a dove field:

What Time Is It?
If birds are coming in at certain “times,” adjust lead accordingly. Pay attention; if they’re flying from 9 o’clock to 3 o’clock, the widest lead is necessary. If it’s 10 o’clock to 4 o’clock, not so much. This assumes that they’re all flying about 30 yards away at the same speed. Remember, too, that your lead should change with the angle as the birds come and go; quartering doves, coming or going, require less lead.

Move
You might notice that doves consistently come through a gap in the trees, or travel down a powerline that runs through the field and across your front. Can you move so that you can decrease the angle and consequently the lead to something more manageable?

Don’t Move
Doves, especially, have a nasty habit of juking up or down and side to side when they spot a hunter. Wear camo or stay out of sight as much as possible, and don’t mount your gun until you’re ready to shoot.

Mind Your Feet
If you’re a righthanded shooter, extend your left foot out front a bit; reverse it if you’re a lefty. It’ll help your balance and barrel swing as you swivel. If you’re sitting down to shoot, make sure you’re able to turn freely one way or the other.

Block Out and Focus
Pick out your target and focus only on it. Don’t pay attention to other birds or somebody else who’s shooting. The more you focus, the slower the target will seem. How fast is it going? Rising or descending? Compute the equation in your head, mount, pull ahead, and shoot.

Really, there are no pat answers to help solve the problem of hitting crossing shots consistently, except to bang away at crossers at a sporting clays range, 5-Stand or the 3, 4, and 5 stations in skeet. It takes practice, and perhaps somebody like Gil Ash or Marty Fischer to analyze your shooting and help you figure out what you keep doing wrong. Then, it’s a matter of making the proper corrections. Maybe you’ll become a shooter as good as Marty or Gil (or Vicki, Gil’s wife and fellow instructor, for that matter). Short of that, at least you can improve enough to deter any snide remarks from your hunting buddies when you start banging away at those flying gray devils this fall.