Hot weather and standing water is a proving to be a fatal combination for whitetails in Montana’s Milk River Valley.... 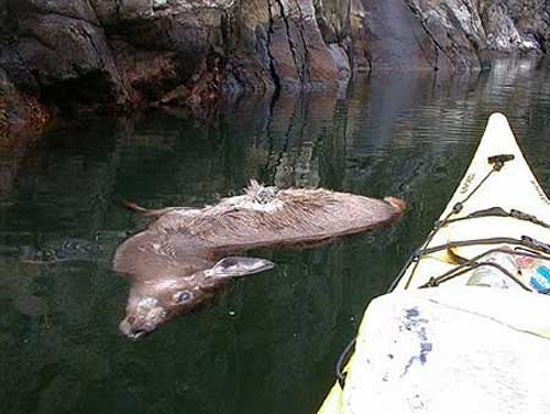 Hot weather and standing water is a proving to be a fatal combination for whitetails in Montana’s Milk River Valley.

Last week, between haying and mowing irrigation ditches, I found five recently deceased whitetails, so freshly dead that they hadn’t started to decompose. Neighbors all around me are reporting the same thing: dead and dying whitetails.

Mature bucks are dead. Does are dead. Yearlings are dead. Today I diagnosed why one of my irrigation turnouts wasn’t flowing as it should. It was blocked by the carcass of a fawn so young it still carried its spots.

We haven’t heard an official diagnosis from Fish, Wildlife & Parks, but it has all the makings of an epidemic of epizootic hemorrhagic disease, or EHD. Sometimes mistakenly called blue-tongue, the disease strikes whitetails later in the summer in years like this when the temperature spikes, and the biting black midge that carries the disease has plenty of wet habitat in which to breed.

I’m curious how widespread this outbreak is. Given the hot weather and above-average rainfall this year, I’m guessing conditions are ripe for an EHD outbreak all the way down the Missouri River basin.

Please chime in to this blog post if you’re seeing localized loss of whitetails. My experience may just be the leading edge of a wider EHD outbreak.
**
Killer Winter, Now Deadly Summer**

I can’t adequately express how devastated I am by the arrival of EHD. Archery deer season opens in two weeks, and I’ve been anticipating the opener as one of the few bright spots in my hunting outlook.

You may recall that in the Northern Plains we suffered through the longest, snowiest winter on record last year. Mule deer died by the hundreds, and the devastating winter nearly wiped out our pronghorn antelope. Then we dealt with over two months of catastrophic flooding. The flood totaled many rural homes around mine.

But, there was some relief knowing that early September would bring hunting season. It appeared earlier in the summer that enough whitetails made it through our appalling year to provide adequate hunting opportunity. Now it looks like even our whitetail population may be pitifully low.

I recognize that all wildlife populations ebb and flow in cycles. But our double whammy is quickly turning into a triple whammy.

At least the abnormally wet conditions have turned up a bumper crop of waterfowl. Maybe Mamma Nature is telling me it’s time to trade my tree stand for a duck blind.