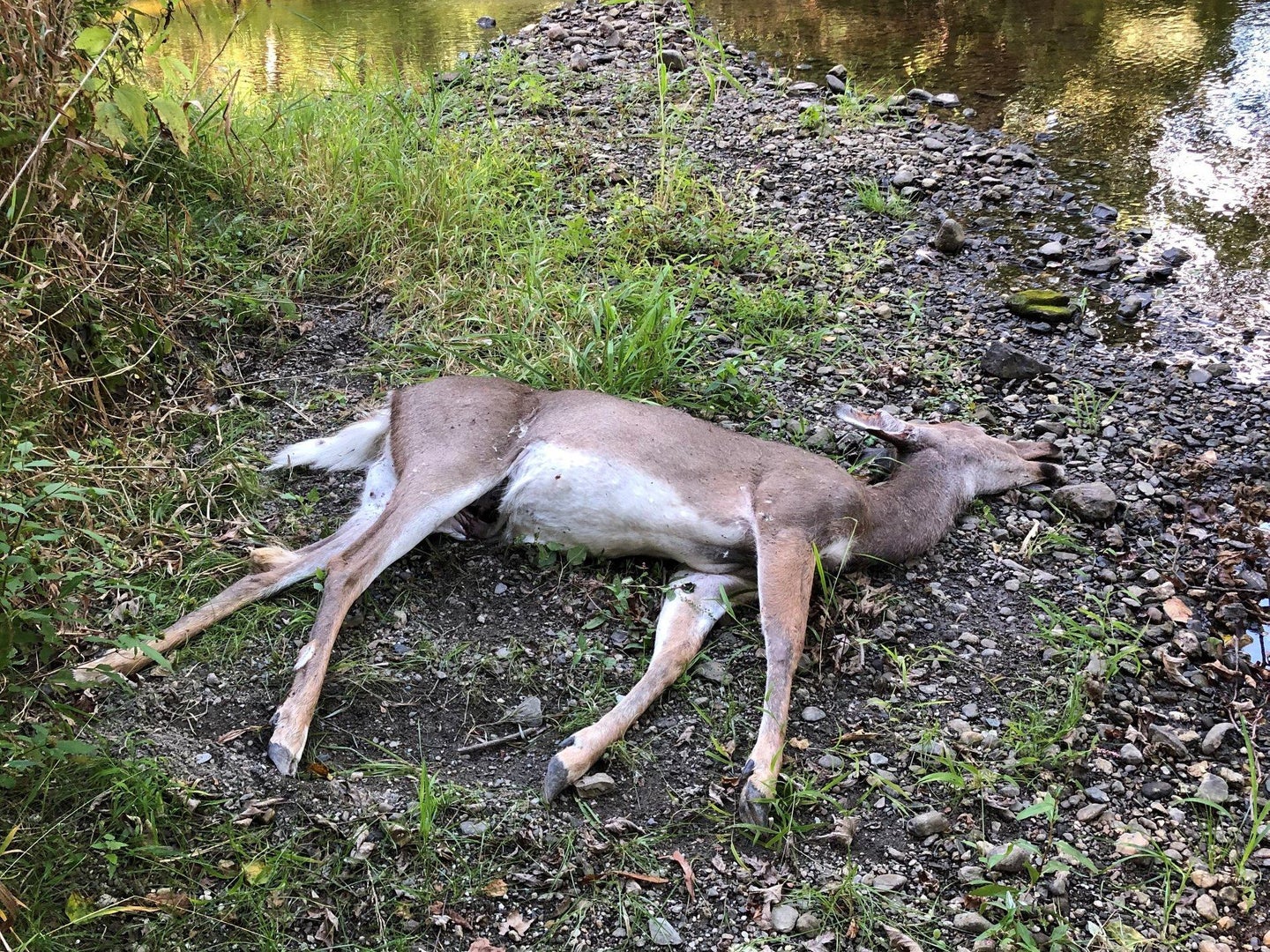 More than 700 deer have been confirmed dead from EHD in New York. New York DEC
SHARE

EHD is not spread from deer to deer, but is transmitted by biting midges. These small insects are sometimes called “no-see-ums” or “punkies.” Humans cannot be infected with EHD by deer or by bites from midges. Once infected with EHD, deer usually die within 36 hours. EHD outbreaks are most common in the late summer and early fall when midges are abundant, although initial cases this year in New York were detected in late July.

The DEC reports that the virus has been more widespread this year than during previous outbreaks. EHD outbreaks occur sporadically in New York deer, which have no immunity to the virus. So most EHD-infected New York deer die. A hard frost usually kills the midges that transmit the disease, ending an EHD outbreak.

EHD does not have much long-term impact on whitetail populations, but deer mortality can be significant in small regions. EHD is endemic in the southern states, which report annual outbreaks, so some southern deer have developed immunity.

The virus was first confirmed in New York deer in 2007 in Albany, Rensselaer, and Niagara counties. Another EHD outbreak in Rockland County occurred in 2011. In 2020, a large EHD outbreak occurred in the lower Hudson Valley, centered in Putnam and Orange counties, with an estimated 1,500 deer deaths.

Read Next: EHD Could Take a Lethal Toll on Deer During Record Drought

The DEC is asking all New Yorkers to report sick or dead deer to the DEC. Signs of EHD virus in deer include fever, hemorrhage in muscles or organs, and swelling of the head, neck, tongue, and lips. A deer infected with EHD may appear lame or dehydrated, and EHD-infected deer often go to water sources and die nearby. Dead deer are not a source of EHD infection for other deer, animals, or humans. There is no treatment or means to prevent EHD in deer.

Sightings of sick or dead deer in New York that are suspected of having EHD can be reported to DEC via a new online EHD reporting form or by contacting the nearest DEC Regional Wildlife Office.