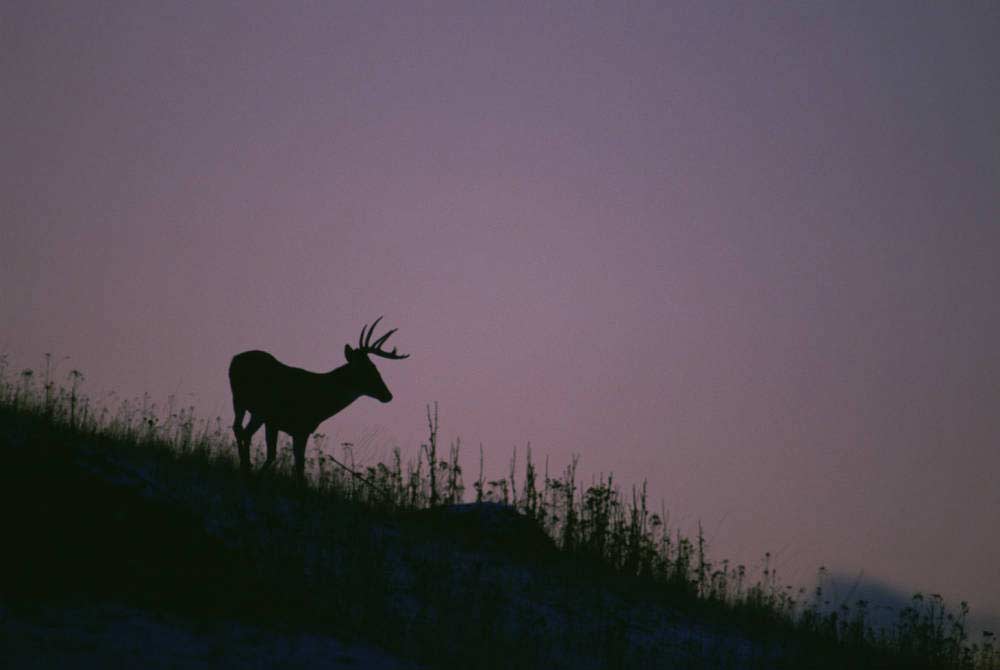 Time is the single most important factor to mitigating the spread of Chronic Wasting Disease (CWD) in deer herds. The current testing process can take weeks, which could allow for the disease to spread as wildlife managers and hunters await results. But a new, faster process is being developed, and it could be the answer to better management of CWD outbreaks and a boon for the scent companies that have seen their products outlawed or restricted in at least a dozen states due to fears that it could spread the disease.

Real Time Quaking Induced Conversion (RT-QuIC), which began development in 2011 to detect the fatal human brain disorder Creutzfeldt-Jakob, can determine if CWD is present in a myriad of ways, delivering results within hours. Deer urine, saliva, and excrement are some of the elements that can be tested for the misfolded proteins (or prions) that cause this fatal ailment. Most importantly, the test can be conducted on live deer, other testing methods can only be run on dead deer.

“I think each state needs to support this kind of funding,” said Dr. Peter Larsen, who co-leads a team at the University of Minnesota that is working on the advancement of RT-QuIC. “It’s the only way we are going to get ahead of this disease.”

Larsen’s team partnered with Minnesota Department of Natural Resources and the board of health, running tests for CWD on both live and dead deer. Older CWD testing methods required post-mortem deer samples to be sent to a lab. The team also found the process to be more accurate at determining if a deer was in the early stages of CWD infection.

“This method is more sensitive,” Larsen said. “Earlier ways of testing had a failure rate. So if a deer was just infected, say for two or three months, the test would not detect it.”

So far, the Minnesota lab is only one of a handful focused on developing RT-QuIC. It’s still in the early stages, but if all goes well, Larsen expects the test will go through the USDA approval process. But testing is still done at a very technical level, so there is a long road ahead.

“The test involves placing suspected misfolded prions in a prion-rich solution, shaking and incubating the mixture to promote molecular interaction, and then monitoring for growth of misfolded prions,” according to the University of Minnesota.

Could RT-QuIC one day be used by hunters in the field to quickly determine if the whitetail they just shot is infected?

“I think it’s years away, and we have to do a lot more research to get there,” Larsen said. “I can’t really say what that would look like. We would need a significant breakthrough to get us there.”

Scent makers, like Tink’s and Wildlife Research Center, are already utilizing RT-QuIC to prove the deer urine they are selling to hunters is CWD-free. In recent years, these manufacturers have battled claims that their products could spread CWD, though there is no hard evidence that deer attractants spread the disease. Still, some states have banned using deer urine as an attractant. So in order to assure wildlife agencies and lawmakers that their products do not contain CWD, some scent makers have been utilizing RT-QuIC testing.

Read Next: An Inside Look at the Fight to Stop Chronic Wasting Disease

“We have made major investments as a company to ensure that our products are safe” Sam Burgeson, president of Wildlife Research Center, said in a company press release. “It is frustrating that government regulators are either ignoring these advances or are unaware that these technologies are readily available. Our industry has not stuck our heads in the sand on this issue but have rolled up our sleeves and taken action to address the very real CWD concerns.”

Louisiana changed its stance on urine lures in the summer of 2019 by legalizing scents that have undergone RT-QuIC testing and been certified by the Archery Trade [Association Protection Program.] The protection program certifies that companies participate in a federally approved CWD program, document all cervid movement in and out their herd, allow facility inspections, physically inspect 100 percent of the herd every three years, and maintain minimum fence requirements, among other criteria.

Deer scent manufacturers are hoping more states rollback bans like Louisiana did, arguing that their bottom line has suffered due to misinformation and assumptions that attractants spread CWD.

“We sought out the most recognized and published authorities regarding CWD transmission via urine to get their expertise” said Phil Robinson, CEO of Tink’s. “We are 100 percent confident that our products pose no risk of spreading CWD. This test is just a confirmation of that fact.”