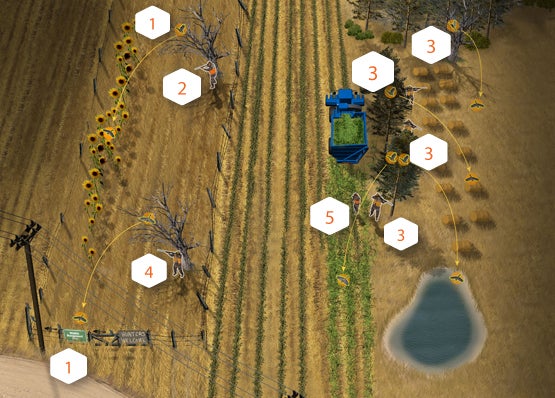 September 1 marks the single busiest day of the year for the nation’s wingshooters. More Americans swing a gun on that day—the dove season opener—than any other, including 250,000 in Texas alone. Now even more of us can take to the field, thanks to new dove seasons in states like Iowa, Wisconsin, and Ohio.

If you didn’t grow up in the dove culture south of the Mason-Dixon Line, here’s what you need to do to bag a limit of these streaking, flitting, highly patternable birds.

Scout Public Dove Fields
▶ Many state wildlife agencies plant and manage public dove-hunting areas. Spend some time the week before the opener learning the time of day birds use the fields, the routes they fly, and precisely where you should set up for the hottest shooting. Then get there hours before the shooting starts to claim your spot.

Set Your Watch
▶ The best shooting is during those times when the birds are flying between roosting and feeding areas. In the morning, that’s generally between 8 and 10, and in the evening from 5:30 until about 7.

Hunt the Intersections of Habitat
▶ No matter where they live, doves need three things: trees to roost in, small grains or seeds to feed on, and water to drink. Set up among those three components, and you should have epic shooting. Dead trees in the corners of fields are dove magnets. Same with small livestock ponds within sight of fields of millet, corn, barley, wheat, or timothy hay. Other favorite forage includes wild sunflowers, foxtail, and any cured grass with small seeds.

Locate Gizzard Gravel
▶ Why do you see so many doves on gravel roads? Because they’re picking grit and small gravel to help grind the grains in their gizzard. Hunt field edges bordered by rural roads in the evening for doves that fly from grain to grit, often roosting on roadside power lines.

Take a Kid
▶ Dove hunting is the gateway to a lifetime of wingshooting. The weather is mild, the gear is minimal, and the bag limits are liberal. Bring plenty of shotshells, water, snacks, and a seat for the breaks between flights. Outfit a youth with a light-kicking shotgun and you’ll have a partner for many seasons to come.

Rest the Fields
▶ If you have access to private property, give fields one or two full days of rest between shoots. The refuge you create with your restraint will make hunting even better when you return.

Expect Lulls
▶ Especially north of the Ohio River, hunters should expect sporadic activity throughout September. As the weather cools, resident doves will fly south, and it can be a few days before they’re replaced by northern birds.

From the August 2012 issue of Outdoor Life magazine.