Please don’t hate me, but I’m going to have a hard time getting excited about filling a 15-dove limit on... 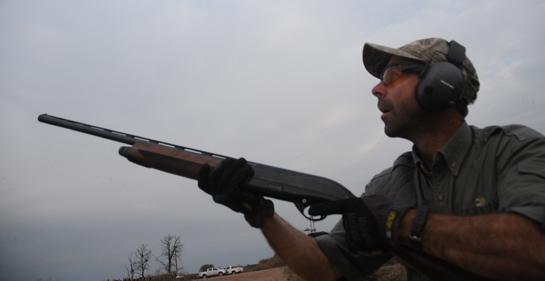 Please don’t hate me, but I’m going to have a hard time getting excited about filling a 15-dove limit on Sept. 1.

Unless I can bag a limit with a single box of shells, there’s not much to aspire since my return from Argentina this summer. Down there, I was disappointed if I didn’t bag 500 doves in a single day, and burning through case after case of shells was, well, the entire point of the trip.

Still, I’m enough of a blue-collar wingshot to want to derive something wholesome and useful from the trip, and after the first case of Federal shells, I realized the take-home point of any high-volume bird shoot: if you pay attention, you will come out of it a much, much better shotgunner.

Now that we’re a fortnight away from the biggest opening day in America–the Sept. 1 dove opener–I have plenty of lessons to impart from my encounters with southern hemisphere doves.

1) LEARN YOUR LEAD: Some shotgunners are simply natural shots. Those of us who have to work at it despise those people, but the good news is that it’s a learnable skill. But you have to see enough birds to see the lead, and that’s the real magic of a place like Argentina, where there is never a shortage of targets.

We all have a natural tendency toward crossing shots. As a left-hander, I prefer the left-to-right crosser, because I push the gun toward the bird, keeping it attached to my cheek as I pull the gun into the shot. The right-to-left crosser has always been more trouble for me, so I concentrated on it, “seeing” the lead with every bird I swung on. After a few boxes, I had the right-to-left crossers nailed.

2) LEAN INTO THE SHOT: So many wingshooters I see tend to either keep their weight balanced on both feet or they even “sit” on their back foot. That’s not the best way to engage flitting, erratic doves. Try leaning into the gun, pushing the shotgun toward the bird as you swing and shoot. It’s like a boxer sparring. Keeping your weight on your forward foot lets you respond quickly and fluidly to the jukes of the dove.

3) FOCUS ON THE EYE: This seems like a superhuman task, but it’s not only possible, it becomes easier the more you do it. Concentrate on the eye of the bird, and suddenly its flight slows down, you can catch up to even long crossers and, because you are focused on the leading edge of the target, you tend to crush the target, instead of plucking tail feathers or dropping legs.
**
4) KEEP THE STOCK ON YOUR CHEEK:** This sounds obvious, but in order to maintain the proper sight alignment with the target, you have to stay behind the gun. That’s hard to do when incoming doves soar straight overhead, or veer sharply at harsh angles. This is a matter of upper-body control. Don’t let your arms pull the gun away from your face. One way to control this dynamic is to shorten your stance, pulling your hands toward the receiver. When you choke up like this, you tend to point rather than sweep, so it’s not the best position for long crossers, but the shortened pose helps keep your gun welded to your face, and it can help you make those difficult incoming and straight-overhead shots.

5) KEEP YOUR EYES PEELED: This sounds obvious. In order to hit a target, you have to see it. But doves are crazy like that. They can come out of nowhere to appear suddenly in range. Unless you constantly scan the horizons, you’ll notice birds too late, making longer shots than you need to and either missing or wounding too many birds. Keep your head moving, your eyes scanning to pick up birds long before they’re in range.

**
6) FOLLOW THROUGH:** Another obvious point, but a frequent sin of occasional shooters. You have to keep your gun moving after the shot. Imagine an MLB batter who stops his bat immediately after contacting the ball. The baseball might vault into the shallow outfield, but it will never soar to the upper deck of centerfield. Same with birds. If you short-stop your shotgun, you will shoot way behind birds. Keep your barrel moving, pushing it sideways on crossing shots, or pulling it down on those birds that come from overhead and actually lose elevation as they fly away, requiring you to shoot under them and keep your gun moving earthward.
**
7) SHOT, AND REPEAT:** In Argentina, the biggest mental challenge is trying to focus on a single bird in a cloud of potential targets. It’s easy to pull off a missed bird and swing on another. Don’t do that. If you miss a bird, stay on it, adjust your lead and shoot again. You stand a much greater chance of dumping your original target than you do of acquiring a second bird, calculating the lead, and taking that one. Of course, if you do dump the first bird, don’t waste any time picking up a second, and a third, and…
**
8) PRACTICE YOUR WORST SHOT:** This is a companion to Tip 1. We all have our favorite shots, but there are some shots that we flub. Every time. If you have the luxury of abundant birds–or want to take some practice at your clays range–then spend twice as much time working on the difficult shot than you do on your slam-dunk shot. It can be frustrating, but the work you put into nailing this shot will sharpen the rest of your shooting skills.

9) PICK A TARGET: I don’t know how many doves I’ve seen wounded by flock-shooters, but it’s a pile. Surprisingly, I’ve seen more flock-shooting here in the U.S. than I ever have in Argentina. Partly, it’s a function of numbers. In South America, there’s no point in flock shooting because another bird is always on the horizon. But in the States, it’s tempting to point and pull when bird numbers are low and a single flock may mean the difference between a limit and a ribbing from your buddies. But it doesn’t work. Pick out a bird, pick it off, and move to the next. Your kill percentage will be much higher aiming for individuals than families.
**
10) MAINTAIN YOUR FORM:** It’s easy, after a few boxes of shells, to relax your form. You want to drop your elbows, slump your shoulders. Don’t do it. Shotgunning is essentially an athletic endeavor, and just as in tennis or basketball, function follows form. If you can keep the same angular engagement to your gun as when you started, you’ll shoot with more discipline. Which means you’ll shoot with more success. Which means you’ll fill your bag quicker than your buddy.