Two Texas brothers were sentenced to a total of 5.75 years in prison and fined $70,000 after pleading guilty in... 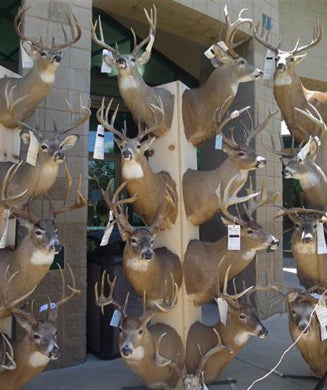 Two Texas brothers were sentenced to a total of 5.75 years in prison and fined $70,000 after pleading guilty in what U.S. Wildlife officials say is the largest trophy deer poaching case in Kansas history (and possibly U.S. history).

Marlin Butler and James Butler were sentenced last week after prosecutors argued that the two brothers guided up to 60 clients to illegally kill about 160 deer. The brothers participated in jacklighting deer, shooting deer in the wrong management unit, trespassing and guiding hunters without hunting licenses. While the $70,000 in fines sounds steep, it’s by no means the largest fine to be given to a poacher. To see the biggest poaching fines in U.S. history go to: The 50 Biggest Poaching Fines in History.

The deer were transported over state lines, which means the Butlers could be rung up on felonies for violating the Lacey Act. The act makes it illegal to knowingly transport or sell in interstate commerce any wildlife taken or possessed in violation of state law or regulation.

“This is the largest case in the history of wildlife law enforcement in Kansas,” Steve Oberholtzer, a special agent with the U.S. Fish and Wildlife Service, said in a press statement. “Trophy deer are an important resource for the state of Kansas from both wildlife and economic standpoints.

The Butlers sold deer hunts for between $2,500 and $5,000 and guided their clients to some true trophies. The USFWS confiscated more than 100 mounts from the brothers with bucks ranging from 120 inches to over 200 inches.

Wildlife officials are continuing to investigate the case and could charge some of the clients involved. Both brothers are appealing their sentences.

“This prosecution sends a message to everyone in Kansas and elsewhere that there will be serious consequences for those who seek to profit by violating state and federal wildlife laws, especially at the expense of those who hunt and guide lawfully,” said Ignacia S. Moreno, an assistant attorney general with the Justice Department.