When Black Bears Move in On Your Food Plot

With deer hunting, a lot of things can go wrong before and during the season that will knock you out... 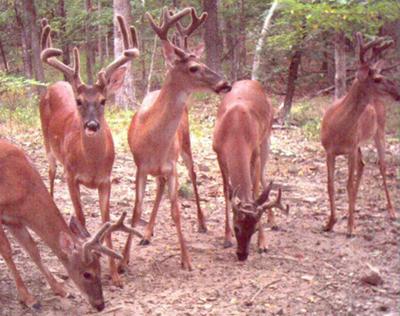 With deer hunting, a lot of things can go wrong before and during the season that will knock you out of punching a tag. As a hunter, you basically have to be prepared for just about anything and everything under the sun. This includes changing daily patterns, adverse weather conditions, swirling winds, outside hunting pressure, and even poachers. The good news is hunters can counteract or solve most of these problems with a little extra effort and planning. However, what are you supposed to do when a group of black bears suddenly moves into your favorite hunting area and chase off all the bucks you’ve been scouting for months?

Unfortunately, this is exactly what happened to Hunter’s Specialties Pro Staff member Phillip Vanderpool just a few weeks ago. Throughout the entire summer, Vanderpool had worked tirelessly preparing a small tract of land in his home state of Arkansas. As most of you know, this hardcore deer hunter travels all across the country during the fall of the year to hunt and film monster-racked bruisers. At the same time, he still enjoys chasing bucks at home and he was really looking forward to this season’s prospects until the unthinkable happened.

After months of growing food plots, creating mineral sites, and monitoring trail-cameras, Vanderpool finally had everything just the way he wanted it. In fact, for the past few weeks, he had several really nice bucks visiting one of his Gorge and Vita-Rack 26 Lick Sites on a daily basis. The trail-cam pictures were revealing a very predictable early-season pattern that would probably have allowed Vanderpool to hit pay-dirt on opening day. However, without warning a pesky group of black bears moved into his small honey-hole and basically claimed ownership of the entire area.

Consequently, these bad news bears have caused Vanderpool’s 11 bucks to disappear without a trace. Up to this point, he had collected hundreds of daytime buck photos within shooting range of his strategically placed stand. Once the bears started showing up, Vanderpool has only been able to capture photos of an occasional spike deer that infrequently passes by one of his trail-cam setups. Needless to say, he is now scrambling to find another hotspot location before the rapidly approaching season opener. If you were in Vanerpool’s shoes right now, what would you do to salvage your early-archery season?