Jim Croff may be the luckiest guy on earth. Then again, he may be the unluckiest person still living. Croff’s... 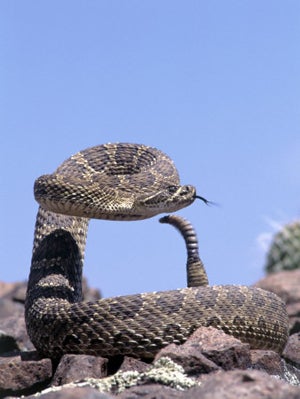 Jim Croff may be the luckiest guy on earth. Then again, he may be the unluckiest person still living.

Croff’s luck – both varieties – began on the evening of July 5. The Geyser, Montana rancher was walking through some tall grass en route to a gate when he felt something strike his leg. He spun around to see two rattlesnakes and immediately realized that he’d been struck by both. Yes, Croff was bit by two rattlesnakes simultaneously. Croff told reporters of the experience, “These didn’t rattle and I got bit so I thought well…it’s going to swell up and hurt and I better go to town, but I never really got all stirred up about it.”

Croff’s first stop to town was his house where he found his friend Frank waiting. Croff told his friend that he had been bit by two rattlesnakes then called the emergency room. During the conversation Croff’s condition worsened dramatically. “My body started shaking all over and I started having trouble breathing. Thank God Frank was there. He took the phone and the ER told him to hang up and call 911.”

Croff was flown to Benefis hospital in Great Falls where he spent three days in the ER and another two in the hospital recovering. It took more than two months of rehab before Croff was able to return to his ranching duties full time.

The question of bad luck or good luck aside, I think we all agree that Croff’s one tough customer.

For more on snake bites: Deadliest Snakes in the World