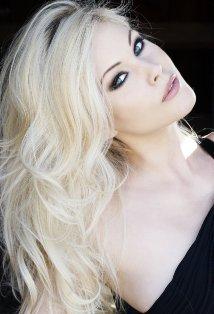 Playboy model and former Miss USA, Shanna Moakler declared war — a Twitter rank at least — against the apex predators of the sky last week after a hawk gouged the eye of one of her “fur babies” and flew off with another. Moakler, who has two children with Blink-182 drummer Travis Barker, told Hollyscoop, “I live in a neighborhood where coyotes and hawks are prevalent. We took the dogs outside to go to the bathroom and they were attacked by a hawk. My one puppy may have lost an eye, we won’t know for a couple weeks and the bird flew off with my other puppy. It was like out of a movie.”

The movie in question must have been “R” rated as Moakler’s Monday tweet dropped the F-bomb. “A eagle attacked my 2 chi’s today, my girl pup is at the vet, my boy is missing, between my cat and my pups, i’m about to f**n kill things.” Wednesday’s tweet, although profanity free, swore vengeance. “Not gonna lie, feel like hunting hawks today… don’t feel bad about it either.”

Despite Moakler’s anger she did manage to give the readers of Hollyscoop deep thoughts to reflect on, “I just hope people with small dogs will start taking precautions with their pets outside and try to protect them from predators. I hope people just remember not to take things for granted as you never know when they can be gone, both people and fur babies.”

Rest assured I’ll be following this story closely as I can’t wait to hear the outcome of that fur baby’s eye. Comment below!