On Monday we told you about the Marine Corps’ plan to conquer the invasive snakehead population around Quantico, Va., by... 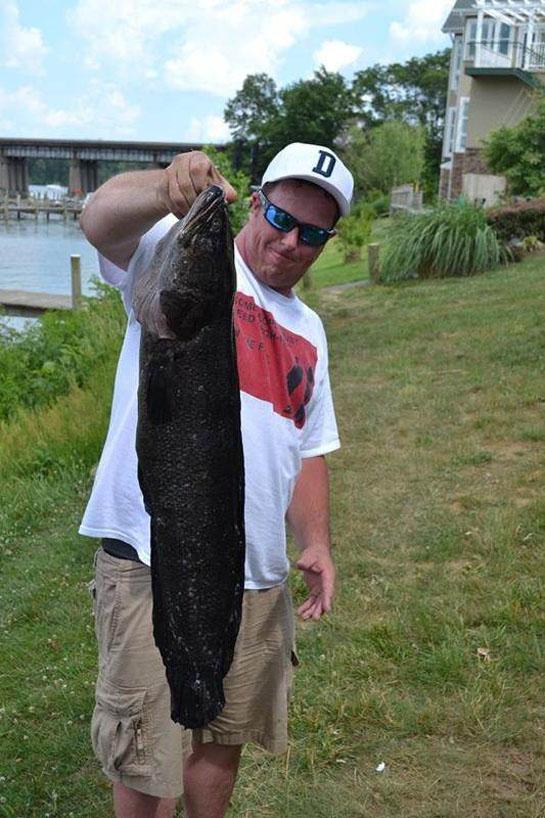 On Monday we told you about the Marine Corps’ plan to conquer the invasive snakehead population around Quantico, Va., by hosting a 24-hour long snakehead tournament come June 7. Now comes word that the Old Dominion state has produced what could be the world record snakehead.

Caleb Newton fought a 17-pound, 6-ounce snakehead from the Potomac River tributary near Ashland. He landed the fish into his boat Saturday using 15-pound test line and a light rod. The current International Game Fish Association world record snakehead is a Godzilla-sized 17-pound, 4-ounce beast caught in Japan in 2004.

Newton, 27, told the Free Lance-Star that the fish was so large it barely fit into his ice chest. He should know within two months if his Frankenfish is named the new world record.

With whales like this being pulled out of Virginia, it will be interesting to see what the Marines catch this weekend.