This rare smallmouth/largemouth hybrid bass is the largest ever caught 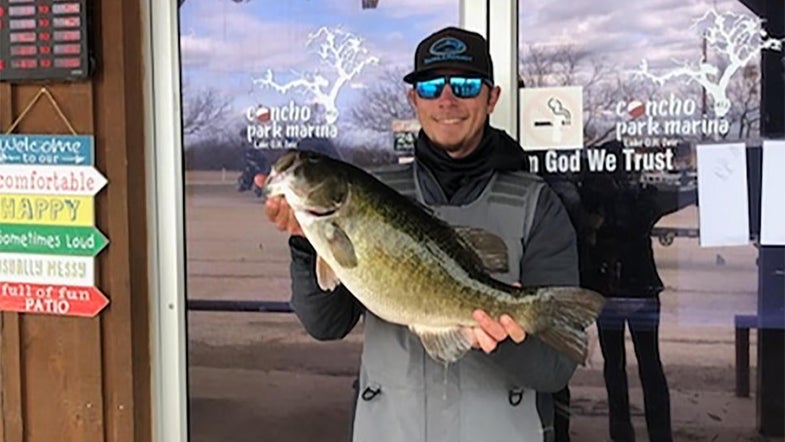 “The lab results are in,” Frankens posted on his Facebook page in March. “Just got off the phone with the biologist over at Texas Parks & Wildlife, and he let me know that she (bass) was in fact a smallmouth-largemouth hybrid! So not only is it a lake record at O.H. Ivie, it is a Texas state record as well.”

After the bass officially became the Texas record for the rare type of bass, called a “meanmouth bass”, proper paperwork and photos were submitted to the International Game Fish Association (IGFA). They just notified Frankens is now the holder of the world record for the smallmouth-largemouth hybrid species, according to fishgame.com.

“I’m really at a loss for words,” Frankens said. “Who would’ve thought this small town guy from East Texas would be a world record holder?”

O.H. Ivie Reservoir was not stocked with the largemouth/smallmouth hybrids, which were developed in the 1960s in Illinois. But biologists say such hybrids occasionally can occur naturally in the wild, which is thought to be the case with Franken’s rare catch.

The hybrid was given the name “meanmouth bass” because the man-made species was extremely aggressive when raised and released in grow-out ponds for biological study. Biologist and In-Fisherman writer Steve Quinn reports smallmouth-largemouth hybrids were seen schooling in the water and even attacked a swimmer.

“The bass leaped from the water and struck her on the head and chest,” he wrote, “and drove her from the pond.”

On another occasion meanmouths attacked a dog that ventured into shallow water.

Despite their aggressive and relatively good size, not many fisheries agencies are engaged in developing the hybrid species. Only Missouri, Georgia, and now Texas officially recognize the fish in their waters, according to the catchandfillet.com.